MIAMI BEACH, FL – The Miami Beach Police Department clashed with a large group of spring breakers while trying to make an arrest.

According to the department, MBPD dealing was managing very large crowds near 8 Street and Ocean Drive.

Rough Spring Break Friday night on #MiamiBeach. This just happened at 8th & Ocean Dr. It appears to show a bodyslam takedown as police try to control a crowd. Witnesses who sent me this video say cops were forced to deploy pepper spray which caused a stampede. @wsvn #Exclusive pic.twitter.com/s8gS3Silxe

While taking a subject into custody, Officers were forced to utilize pepper balls to disperse members of the crowd who were disorderly and surrounding officers. Several subjects have been detained. Two officers were injured and have been transported to the hospital.

On Saturday, police made a traffic stop in an unrelated incident and found three fully loaded guns.  Three subjects were arrested. 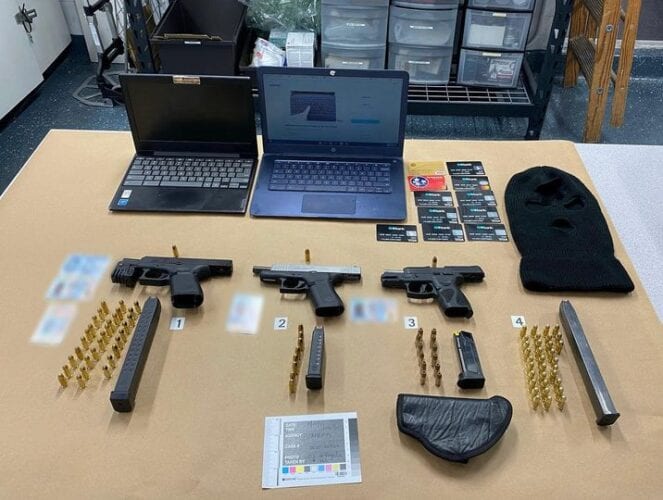 Three teens were charged for racist and antisemitic graffiti

Alligator caught on a fishing pole in Florida ocean surf