BRICK,  NJ –  The massive 170-acre fire that destroyed commercial buildings in Lakewood and threatened one of Ocean County’s busiest retail corridors has been brought completely under control.   As of 2 p.m. on Monday, New Jersey Forest Fire Chief Greg McLaughlin said the ordeal was over.  Hundreds of firefighters from around the Jersey Shore area provided assistance with the blaze that raged for almost twenty-four hours.

McLaughlin visited homes on Francis Drive in Brick where fences and sheds were burned to the ground, but measures taken by the community, local firefighters, and others were able to keep the fires from reaching the homes.

“The fire started at 1:30 and was detected by our Lakewood fire tower,” McLaughlin said.  That tower is located on Massachusetts Avenue near the border of Lakewood and Jackson.

The fire started west of Airport Road and quickly traveled one mile east towards Brick Township where it destroyed several outbuildings, fences, boats, and a car.  It was driven by 40 miles per hour winds.

McLaughlin warned residents that New Jersey is on a high fire alert and should be on heightened awareness during the upcoming annual forest fire season.  At this point, investigators are still trying to determine the origin of this weekend’s fire. 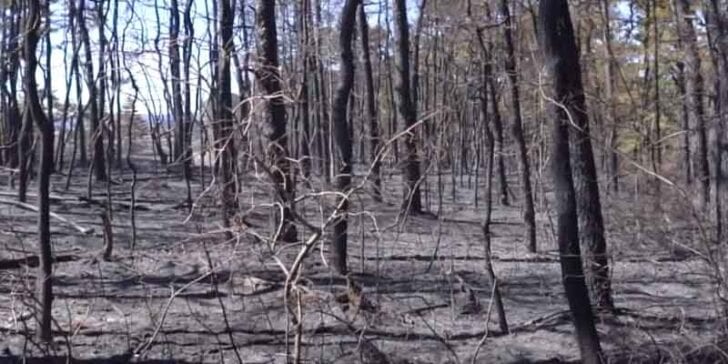 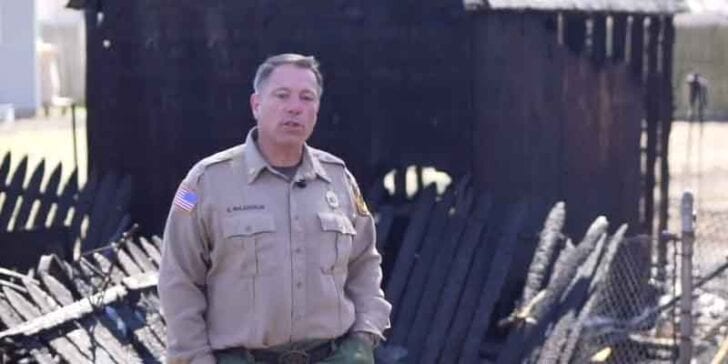