The alleged attacks against Brazilian reporters, who Bolsonaro has long accused of treating him unfairly and publishing fake news, capped a grim weekend for the far-right president. Videos from G20 events showed him as an isolated figure, who was not part of the photo taken at the Trevi fountain with world leaders. Out on the streets of Rome, he was loudly criticized for his handling of the country’s brutal pandemic, with critics calling him “genocidal.”

More than 600,000 people have died from COVID-19 in Brazil, the second highest tally in the world after the United States. Bolsonaro has questioned the severity of the virus, shunned lockdowns, sowed vaccine doubts and pushed unproven cures. A Senate panel has recommended he be indicted for nine crimes related to his handling of the pandemic, including crimes against humanity.

Newspaper O Globo reported that broadcast journalist Leonardo Monteiro of TV Globo was punched in the stomach and pushed by Bolsonaro’s security after asking the president why he didn’t attend any G20 events on Sunday. A video taken by UOL journalist Jamil Chade shows chaotic scenes with security staff jostling the press and Bolsonaro supporters chanting abuse at reporters.

It was not clear if the security officers were Brazilian or Italian. O Globo reported that Italians had been given the job of providing security to Bolsonaro.

“Globo vehemently condemns the aggression against its correspondent Leonardo Monteiro and other colleagues in Rome and demands a complete assessment of responsibilities,” TV Globo said in a statement.


The former army captain has seen his international support diminish since former U.S. President Donald Trump lost his re-election bid, while Bolsonaro’s skepticism toward COVID-19, vaccines and environmental concerns has won him few friends on the global stage.

In one video taken by Jamil Chade, Bolsonaro is seen striking up a conversation with Italian waiters as global leaders chat among themselves in the other part of the room.

“This video of Bolsonaro walking around alone in the G20 conference hall, while other world leaders are chatting, is painful to watch, but it adequately reflects the collapse of Brazil’s standing in the world,” Oliver Stuenkel, an international relations professor at the Getulio Vargas Foundation, a Brazilian university, tweeted. 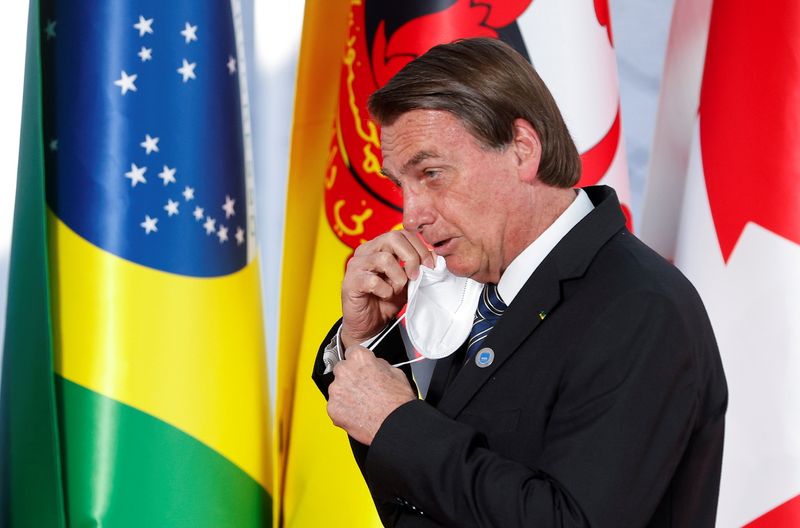