-West Ham United’s Declan Rice scored a fine goal from distance as the rampant Londoners breezed past Aston Villa 4-1 in their Premier League clash at Villa Park on Sunday to pile the pressure on home manager Dean Smith.

The result was West Ham’s third straight win in the league while it was the fourth consecutive loss for Villa, who are now just three points above the relegation zone.

West Ham hit the front in the seventh minute when full back Ben Johnson cut inside from the right and fired a brilliant left-footed shot into the far corner.

Jarrod Bowen almost doubled the lead minutes later from a rapid counter-attack before Villa equalised in the 34th through Ollie Watkins, who finished with aplomb following a reverse pass from Matty Cash.

West Ham, however, kept up the pressure and were rewarded when Rice restored their lead before halftime.

“We lacked intensity in the first 15 minutes. They scored a poor goal when we should have doubled up on Johnson when he cut inside… the response was good afterwards, the crowd could have got back into the game,” said Smith.

The home side’s hopes of a comeback suffered a blow when Ezri Konsa was sent off almost immediately after the restart for impeding Bowen who was clear on goal.

Villa rallied valiantly and created a string of chances but were caught twice on the break, with Pablo Fornals and Bowen each finishing off slick counter-attacking moves and putting the game beyond Villa’s reach.


West Ham had goalkeeper Lukasz Fabianski to thank for his superb save to keep out a Watkins header with the score at 2-1.

“Getting four goals, the resilience we showed at different times of the game and the save Lukasz made at 2-1. It’s a good sign we can come here and be a bit disappointed with the way we played and get a result,” said West Ham manager David Moyes.

“It’s been a great week. But you know what happens in football. It can turn around and bite you… I don’t want West Ham to become that flaky inconsistent team a lot of people remember them as.”

Rice credited Moyes and said this was a special group of players.

“It’s a special environment. We wake up looking forward to training. Every game, we’ve been in it until the end. It’s a special place to play. We’re over the moon,” said the England midfielder.

West Ham are fourth in the standings with 20 points — behind champions Manchester City on goal difference — after 10 games. Villa are 10 points adrift of the Hammers in 15th.

(Reporting by Dhruv Munjal in Bengaluru; Editing by Ken Ferris and Pritha Sarkar) 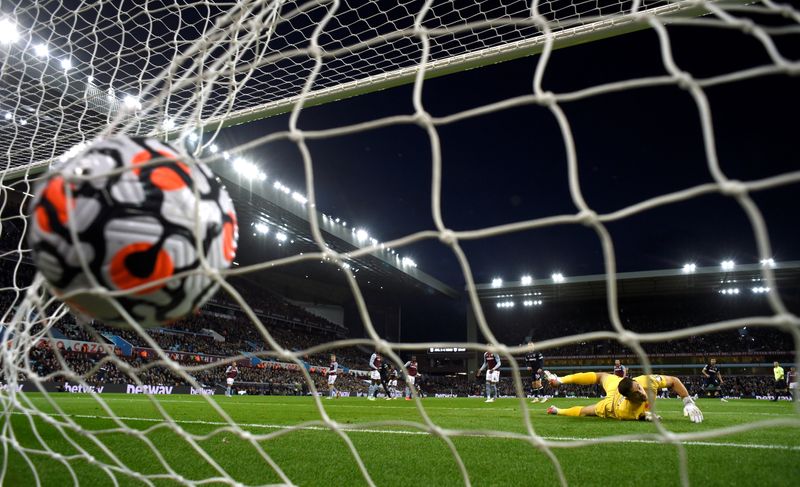 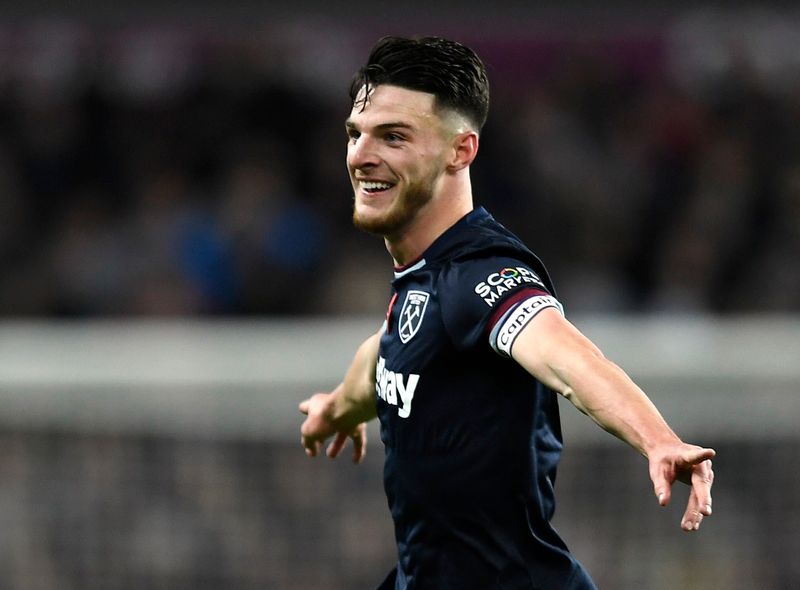 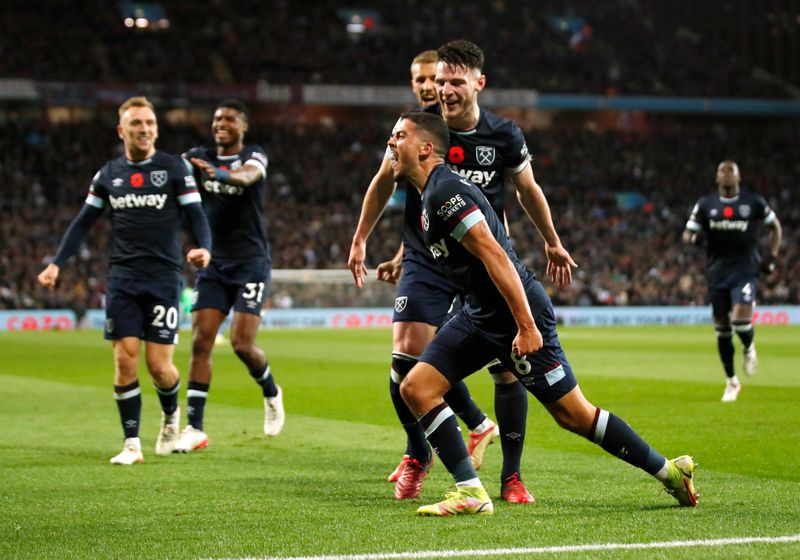