By Simon Jessop and Carolyn Cohn

GLASGOW/LONDON – Major investors have warned the world’s top four audit firms they will vote to stop the firms working for the companies they invest in at AGMs from next year if audits do not integrate climate risk.

The challenge, laid out in letters from an investor group managing around $4.5 trillion that were seen by Reuters, marks an escalation in the group’s efforts to ensure investors were armed with robust information.

The investors have been pushing auditors to improve for several years amid concern they were misrepresenting the true health of companies by not factoring in potential hits from the impact of climate change and associated policy changes.

Ahead of the COP26 climate talks in Scotland, the group had called for governments to force companies and auditors to file accounts in line with the world’s goal of limiting global warming by mid-century.

The letters dated Nov. 1 and sent to Deloitte, EY, KPMG and PwC by the investor group pointed to recent research showing more than 70% of assessed 2020 audits had fallen short.

The group includes asset managers Sarasin & Partners, Pictet and Aviva Investors and pension schemes including RPMI Railpen. The investors said that after three years of discussions with the firms, they “cannot afford to wait another three years” for audits to improve.

At the next season for corporate annual general meetings, the auditors could “increasingly expect to see” investors vote against their reappointment if they failed to meet expectations, the letters said.

In the letter to Deloitte, for example, the group said the auditor was responsible for 19 of the companies assessed in the research, including oil major BP, miner Glencore and building materials company CRH.


“While we have identified some welcome signs of leadership, notably at BP, based on our analysis overall these audits have not met our expectations,” the letter said.

“Outside the UK, the picture is worse. Of the remaining 16 audits undertaken by Deloitte, only three mention climate risk. None provides the visibility we seek on the potential financial implications of a 1.5C pathway, which global leaders have committed to delivering.”

Paul Stephenson, managing partner audit & assurance at Deloitte, said the auditor agreed that “climate-related risks should be accounted for and disclosed appropriately in annual reports and financial statements.

“We are clear that along with investors, professional bodies, regulators, standard setters and audited entities we have an important role to play in enhancing confidence in the information provided to markets,” he said.

Cath Burnet, Head of Audit at KPMG UK, said the firm had trained all its auditors last year on the impact of climate change risk on companies, in addition to the accounting and reporting implications.

“Our role as auditors includes challenging the recognition and measurement that climate has on the financial statements, as well as challenging narrative where it is misleading or inconsistent,” she said.

A PwC spokesperson said that “to increase transparency in this area, our future audit opinions on larger UK listed companies will further explain how material climate-related risks have been addressed.

“We welcome investor engagement in this area which will help drive company disclosure and the setting of clear climate related goals.”


EY said in an emailed statement that the firm’s audit teams “continue to consider the risks that climate change brings to the companies we audit, where it relates to financial reporting.

“We are actively involved in developing standards and are supportive of ongoing work to establish a framework that companies and auditors can report against which would provide more consistent reporting for investors.”

The world’s leaders meet in Glasgow this week aiming to accelerate climate action in an effort to cap global warming at no more than 1.5 degrees Celsius above pre-industrial norms by mid-century.

After first writing to the Big Four audit firms in 2019, the investors said structural changes linked to climate change and associated policy action were accelerating, citing a recent United Nations report that issued “code red for humanity” over climate change.

“This is driving a more robust policy response globally,” the latest letters said.

“Auditors that fail to test accounting assumptions taking these structural shifts into account are, in our view, failing in their duty to shareholders.” 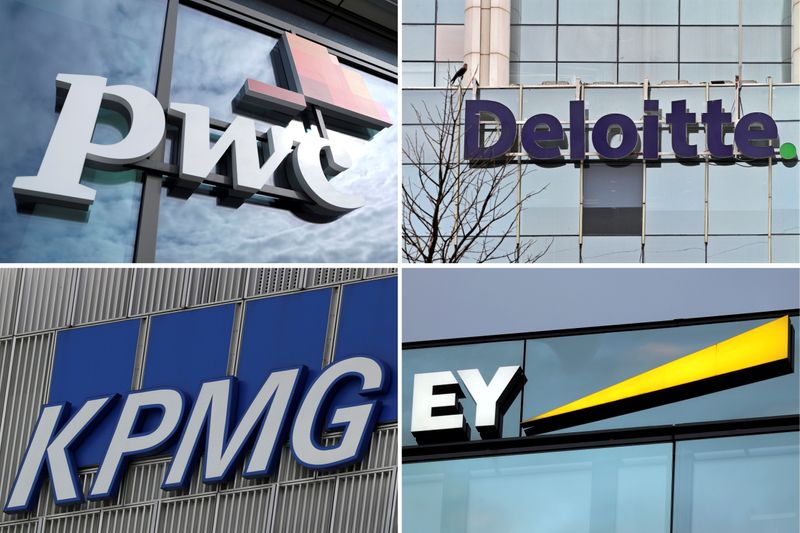