WASHINGTON – Republican Glenn Youngkin’s upset victory in the Virginia governor race is likely to embolden and energize Republicans ahead of next year’s crucial midterm elections, when control of Congress will be at stake.

In edging out Democrat Terry McAuliffe, Youngkin may have provided a model for Republican candidates in 2022, while Democrats must now fret over President Joe Biden’s sagging approval ratings and stalled agenda in Congress.

Here are some takeaways from Youngkin’s victory:

As Biden struggles, so does his party

Biden and his Democrats have had a rough year. The spread of COVID-19 and pockets of resistance to vaccines continue. The military pullout from Afghanistan was widely viewed as chaotic and mismanaged.

The president has struggled to cohere Democratic moderates and progressives around his big-ticket legislative agenda. At the same time, prices for consumer goods, food and fuel have shot up – with voters largely blaming the party in power.


Simply put, Biden hasn’t given voters – particularly those outside the Democratic base – much to feel good about.

Youngkin capitalized on those troubles, running up the score in rural Virginia and squeezing McAuliffe’s margins in some critical suburban areas.

While Biden won independents handily in 2020, 57% to 38%, Youngkin won them 54% to 45%, according to CNN exit polls. A narrow majority of voters overall said the Democratic Party was too liberal, the polls showed.

McAuliffe, a former governor, brought his own history and baggage to the race. A well-known figure in Virginia with strong ties to Bill and Hillary Clinton, he did not give voters the fresh voice that political newcomer Youngkin offered.

But the losses by McAuliffe and other down-ballot Democrats in a state Biden won by 10 percentage points a year ago – along with a closer-than-expected New Jersey governor’s race – left no doubt that Democrats are now in a weaker political position.

“Every survey number we are seeing paints a bleak picture for President Biden and Democrats in Congress,” McInturff said.


The culture wars around education are potent

Youngkin gained momentum in the race by focusing on education, a strategy Republicans likely will mimic nationally next year as schools have become ground zero for several U.S. culture wars.

The Republican seized on tensions between parents and school boards over policies for COVID school closures and safety protocols, gender issues and the teaching of so-called “critical race theory” – a term misused to describe antiracism curricula that Youngkin claimed was evidence that school districts were drifting too far leftward.

McAuliffe may have made the largest mistake of the campaign when, at a debate, he said, “I don’t think parents should be telling schools what they should teach.” The remarks soon became a centerpiece of Youngkin attack ads – and the issue as a whole may have resonated with scores of suburban parents frustrated after seeing their children kept at home for more than a full school year during the pandemic.

Voters who believed parents should have “a lot” of say over what schools teach went for Youngkin 76% to 23%, according to CNN exit polls. Conversely, of the voters who listed the virus as their top concern, 83% went for McAuliffe and just 17% for Youngkin, CNN said.

“Youngkin’s massive overperformance was tied to the issues of schools – and an uprising from parents, who became overnight homeschoolers,” said Doug Heye, who worked as a top aide to Eric Cantor, a former Republican congressman from Virginia.

A non-Trump lane exists for Republicans


Even with the long shadow Trump continues to cast over the Republican Party, Youngkin expertly showed how to keep his distance from the divisive former president without incurring his wrath.

A former CEO of the Carlyle Group, Youngkin ran as a businessman outsider candidate rather than a Trump acolyte. He largely steered clear of endorsing Trump’s bogus claims that he lost last year’s elections due to fraud, while still supporting the principle of “voter integrity.” Unlike Trump, Youngkin was a full-throated advocate of vaccines, even as he opposed mandates.

While Trump endorsed him multiple times, Youngkin resisted a full embrace to the point that Trump ultimately did not come to the state to campaign on his behalf.

Youngkin “is providing a model” for Republicans, said Tom Davis, a former Republican congressman from Virginia. “He has separated himself pretty well.”

No one was hoping Trump would come to the state more than McAuliffe, who spent much of his campaign trying to tie Youngkin to Trump at every turn. It didn’t work. Exit polls by NBC showed voters viewed Youngkin much more favorably than Trump, who remains unpopular in the state.

Even Trump took note. “All McAuliffe did was talk Trump, Trump, Trump and he lost!,” he said in a statement on Tuesday. “I guess people running for office as Democrats won’t be doing that too much longer.” 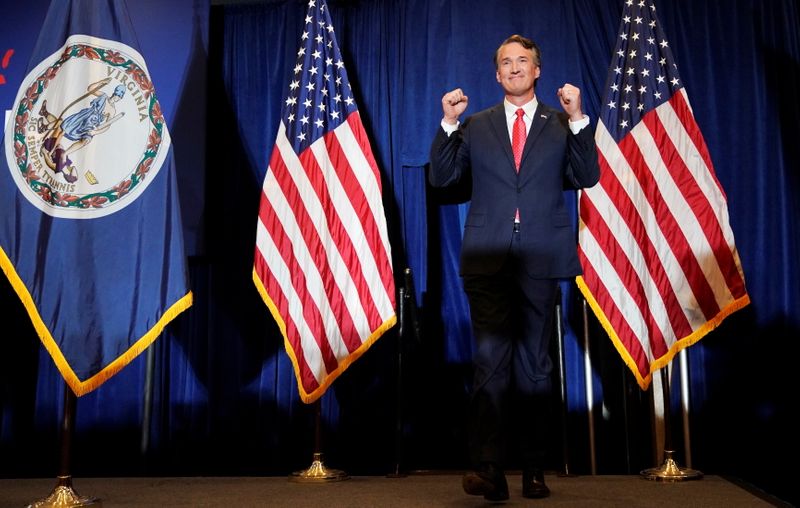 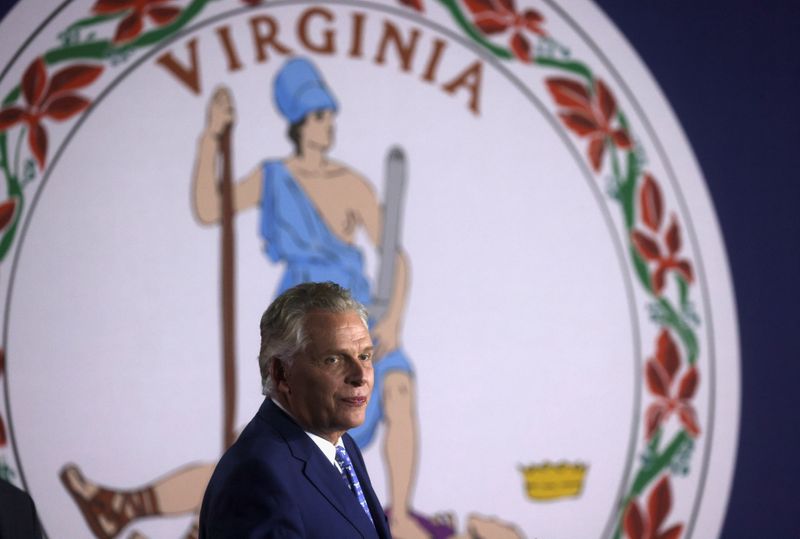 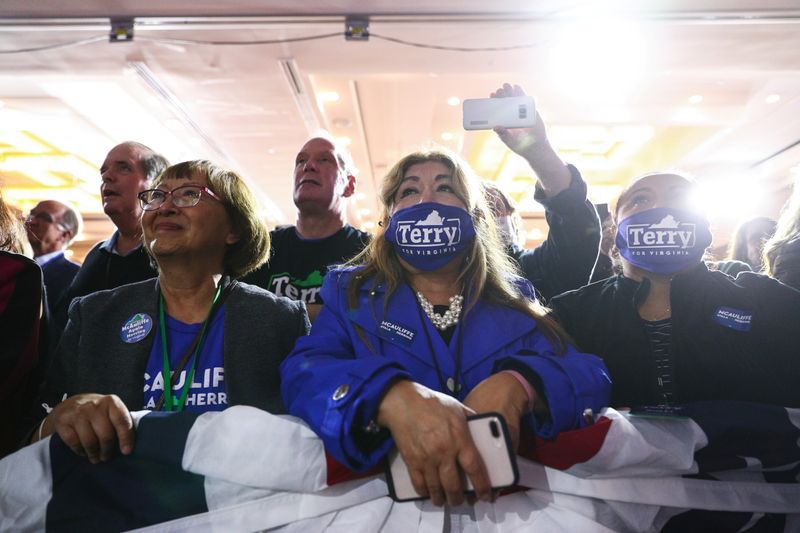