CAIRO – Egyptian activity in the non-petroleum private sector contracted for an 11th month in October as international supply chain bottlenecks slowed production and weighed on future output expectations, a survey showed on Wednesday.

IHS Markit’s Purchasing Managers’ Index (PMI) inched down to 48.7 – below the 50.0 threshold that separates growth from contraction – from 48.9 in September.

“There were growing concerns among firms that supply disruption will intensify in the coming months and potentially limit the economic recovery, leading to a substantial fall in output expectations from September’s record high,” IHS Markit said.

“Difficulty acquiring a vast array of raw materials and components forced non-oil companies in Egypt to reduce their output levels.”

Input stocks fell by their fastest since June 2020 as firms drew down inventories to support business activity, IHS Markit added.

The sub-index for future output expectations tumbled to 65.0 from 85.7 in September with the worsening supply chain disruption apparently weighing heavily on firms.

“Firms were particularly concerned that high inflation could lead to a slump in demand and reverse the economic recovery,” IHS Markit economist David Owen said.

“Only 32% of companies projected a rise in output over the next year, though this remained much higher than the 2% of respondents expecting a decline,” IHS Markit said. 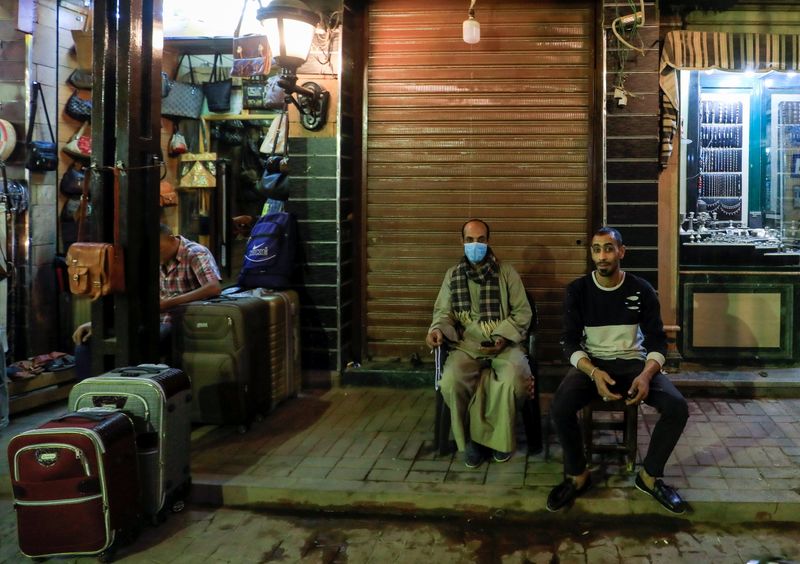