NEW YORK -The Manhattan district attorney has convened another grand jury to weigh possible new charges in a case involving the Trump Organization, a person familiar with the matter told Reuters on Thursday.

The second grand jury was expected to examine how former President Donald Trump’s company valued its assets, the Washington Post reported, citing a person familiar with the matter.

The legal woes could complicate the company’s relationships with banks, and could pose a challenge to Trump’s political future as he considers running for another term in 2024. Trump has called the charges politically motivated.

An indictment unsealed in July charged the Trump Organization and its chief financial officer, Allen Weisselberg, with tax fraud arising from a probe into Trump’s business and its practices.

That indictment said the company provided perks and benefits such as rent-free apartments and leased cars to Weisselberg and other officials without proper reporting on tax returns.

Both Weisselberg and the company pleaded not guilty. A Republican, Trump himself has not been charged.

The new grand jury was seated after the first grand jury’s term expired, said the person familiar with the matter, who spoke on condition of anonymity.


A spokesman for the Manhattan District Attorney’s office declined to comment.

A lawyer for the Trump Organization did not immediately respond to a request for comment. Mary Mulligan, a lawyer for Weisselberg, declined to comment.

Trump’s company operates hotels, golf courses, and resorts around the world. Before entering the White House in January 2017, Trump put it into a trust overseen by his adult sons Donald Jr. and Eric, as well as Weisselberg. The current status of the trust was not immediately clear.

Besides Weisselberg, another Trump Organization executive who has come under a glare is chief operating officer Matthew Calamari.

Calamari’s lawyer Nicholas Gravante has not yet been informed whether his client will be charged or subpoenaed to testify before the grand jury, another person familiar with the probe told Reuters on Thursday.

Breaking News
Spain swelters as temperatures soar above May average

Calamari’s son, Matthew Calamari Jr., testified before a grand jury in September in connection with the case and has immunity from possible prosecution, said the person, who spoke on the condition of anonymity.

James’ probe was initially civil in nature, but in May her office said it was also investigating the Trump Organization in a criminal capacity and had joined forces with Vance.

While it was not immediately clear what the second grand jury was focusing on, James’ civil probe has been examining how the Trump organization assessed the value of Seven Springs, a 212-acre estate in New York City’s northern suburbs, and in particular a 2015 agreement not to develop a portion of the property.


The attorney general’s office said in a court filing for the probe that an appraiser hired by Trump before the agreement set the property’s value at $56.6 million and the easement’s value at $21.1 million – the amount Trump claimed as an income tax deduction.

James has said she is also investigating a Los Angeles golf club owned by the Trump Organization, which gave the company a tax deduction for a conservation easement in 2014, as well as buildings the company owns on Wall Street and in Chicago.

She said she opened that investigation after Trump’s former lawyer and fixer, Michael Cohen, said that Trump’s financial statements were manipulated to obtain better loans or reduce real estate taxes.

Vance, a Democrat, will step down at the end of the year. James, also a Democrat, has said she will run for governor of New York in 2022. 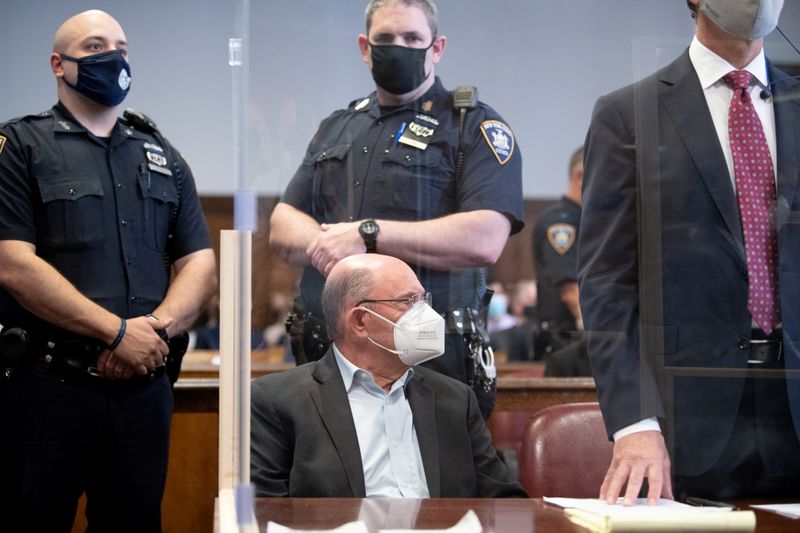