NAIROBI -Ethiopian authorities have rounded up high-profile Tigrayans – from a bank CEO to priests – as well as United Nations staff in a mass crackdown on suspected supporters of rebellious northern forces, according to people linked to the detainees.

Police denied targeting the Tigrayan ethnic group, saying those arrested were believed to have links to the Tigray People’s Liberation Front (TPLF), which has fought central government https://www.reuters.com/world/africa/addis-ababa-government-urges-residents-register-arms-media-2021-11-02 for a year.

The war has killed thousands, forced more than two million people from their homes, sucked in troops from neighbouring Eritrea and left hundreds of thousands in famine. Fighting has spread into neighbouring Afar and Amhara regions, threatening the stability of Ethiopia and the wider Horn of Africa.

Ethiopia declared a state of emergency https://www.reuters.com/world/africa/addis-ababa-government-urges-residents-register-arms-media-2021-11-02 last week as Tigrayan forces pushed south towards the capital Addis Ababa. That allows for indefinite detentions and requires citizens to carry ID cards that can indicate ethnic origin.

The United Nations said on Tuesday at least 16 Ethiopian staff and dependents were detained https://www.reuters.com/world/africa/un-says-least-nine-staff-dependents-detained-ethiopia-2021-11-09 but has not specified their ethnicity. On Wednesday, it said nine were still in custody.

The Ethiopian Human Rights Commission said the arrests of Tigrayans – the latest in repeated waves https://www.reuters.com/article/us-ethiopia-conflict-tigrayans-idUSKBN2CO0VF documented by Reuters – were at least in the hundreds, including elderly people and mothers with children.

The detentions were “out of control”, one senior Ethiopian official told Reuters. He asked for anonymity for fear of retribution.

The attorney general Gedion Timotheos did not respond to requests for comment but previously told Reuters that the judicial system contained checks and balances to ensure the innocent were freed.

On Tuesday, police detained Daniel Tekeste, the Tigrayan CEO of Lion Bank along with five other staff, a bank employee told Reuters, adding they were released later that night.

A branch manager at another private bank told Reuters a policeman visited his office in the capital on Tuesday and asked if any Tigrayans worked there. The manager said he told the officer he did not have that information, and he left.

Abraha Desta https://www.reuters.com/article/us-ethiopia-conflict-idAFKBN2GS0FQ, a former cabinet-level member of the Tigrayan administration who had been a prominent critic of the TPLF, was arrested in October after publicly denouncing arrests of Tigrayans.

A Tigrayan member of the ruling Prosperity Party was called to a meeting on Monday in the Kirkos district of the capital and then arrested, his friend told Reuters.

A list compiled by an imprisoned priest and passed to a family member said 37 priests and religious workers had been arrested from four churches in the capital. The Ethiopian Orthodox Church did not immediately respond to a request for comment.

Tadele Gebremedhin, a Tigrayan lawyer handling the cases of detained journalists and senior TPLF officials, was arrested at his home on Nov. 4, said a colleague. He remains in prison.

However, most of the arrests reported to Reuters were not high-profile citizens. A resident of Addis Ababa said three Tigrayan friends – a bartender and two real estate brokers – were arrested last week.

Uniformed police and men in plainclothes arrested the bartender at Aarabon Cafe, the man said, while police arrested the brokers at night at their homes.

A U.N. spokesperson said that as well as the 16 staff and dependents, 72 drivers contracted by the U.N.’s World Food Programme (WFP) were also arrested in Semera, the capital city of Afar region.

“Those that have been detained are Ethiopians who violate the law,” government spokesperson Legesse said of the U.N. staff on Tuesday. He did not return calls for comment on the drivers.

This month, the Tigrayans joined up with another armed group, the Oromo Liberation Army. The two have threatened to either attack the capital or seize a transport corridor linking landlocked Ethiopia to the region’s main seaport.

The war is rooted in a power struggle between Prime Minister Abiy Ahmed and the TPLF, which dominated politics for three decades until he took office in 2018 and curbed its power.

The United States urged an end to military options.

“There is an opportunity, I hope, for everyone to pull back, to sit down, to get a halt to what’s happening on the ground, and ultimately, to produce a ceasefire, to have access for humanitarian assistance and over time to negotiate a more durable political resolution,” Secretary of State Antony Blinken Blinken told reporters. 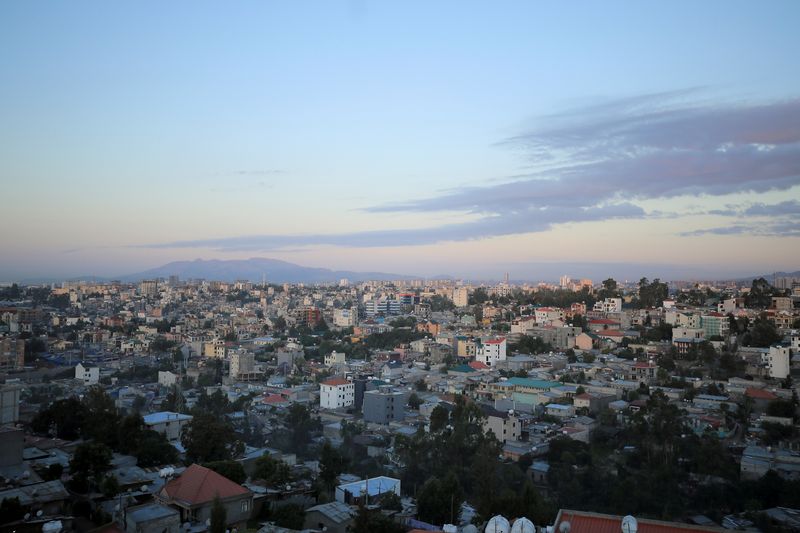 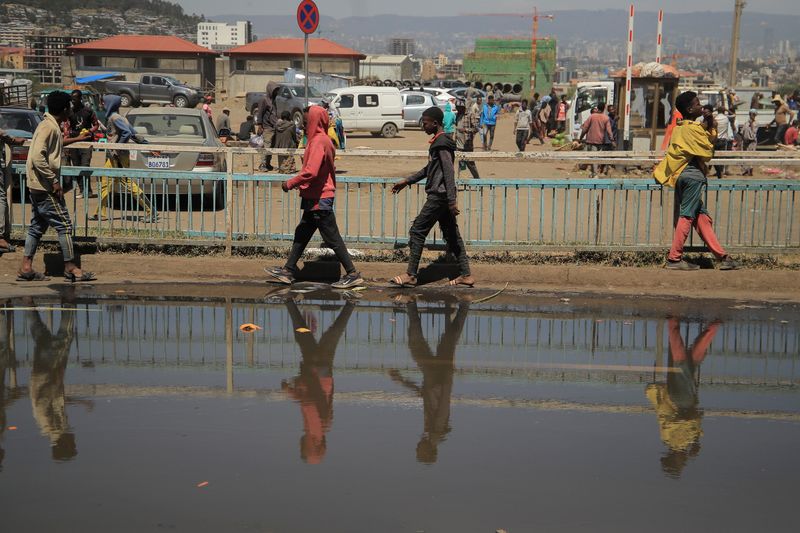