PARIS – Former French president Francois Hollande on Wednesday told a court there had been intelligence failures ahead of an Islamic State attack against Paris in 2015, and took a swipe at Belgium for hindering efforts to shut their shared border.

Hollande was watching a France-Germany soccer match at the Stade de France on the evening of Nov. 13, 2015, when the first blast outside the stadium detonated. The militants went on to attack bars, restaurants and a concert hall, killing 130 people.

Even before the assault was over, with the death toll rising and the horror of the violence sinking in, Hollande declared a state of emergency and ordered the frontiers closed. Hours later, Salah Abdeslam, today the sole surviving attacker, fled to Belgium.

“It wasn’t France’s fault, but that of another country,” Hollande told the court of Abdeslam’s escape from France.

Abdeslam proclaimed himself to be an Islamic State “soldier” on the first day of his trial. He has previously told investigators he planned to blow himself up but backed out.

French police on Nov. 14 stopped the car carrying Abdeslam and asked the Belgian police if they had him on a watchlist, but did not get an answer and let him go. He was only arrested in a raid by armed police in the Molenbeek area of Brussels four months later.

The Belgian interior ministry was not immediately available for comment. The Belgian government has accepted some blame in the past, with the interior and justice ministers offering to resign in 2016 in response to security lapses linked to the 2015 Paris attack and another in Brussels in March 2016.

At the time of the Paris attack, France had been on high alert following militant attacks on the Charlie Hebdo satirical magazine and a kosher supermarket in the capital in January of the same year.

Several of the 10 attackers slipped into Europe from Islamic State strongholds in Syria, using fake passports and mixing with migrants fleeing war and poverty.

Hollande told the court there had been gaps in the French intelligence.

“There is clearly a failure when an attack takes place,” he said.

Abdeslam previously told the court the attack had been to avenge French military action in Syria, ordered by Hollande.

The court has heard recordings from inside the Bataclan concert hall – where 90 of the victims were killed – during which the jihadists can be heard citing Hollande’s name.

Hollande said the attackers’ objective had been to divide France and compel him to cease France’s military interventions in Iraq and Syria.

“My goal was to safeguard national unity,” Hollande added. 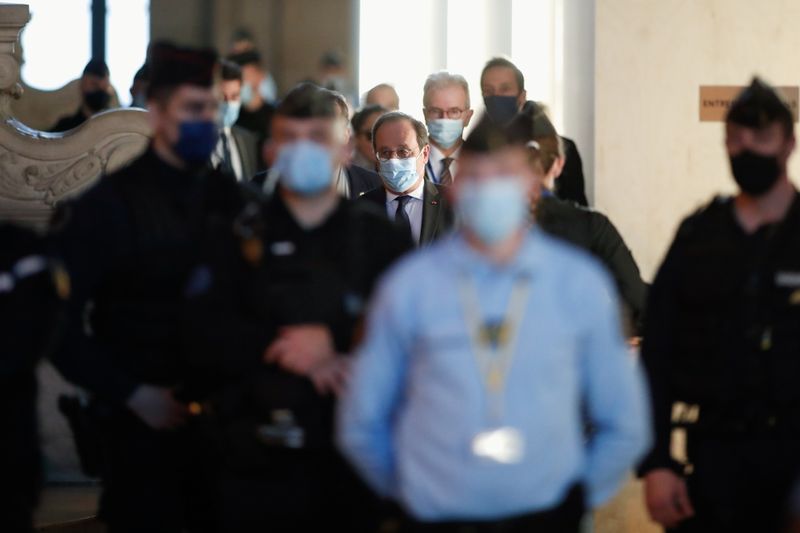 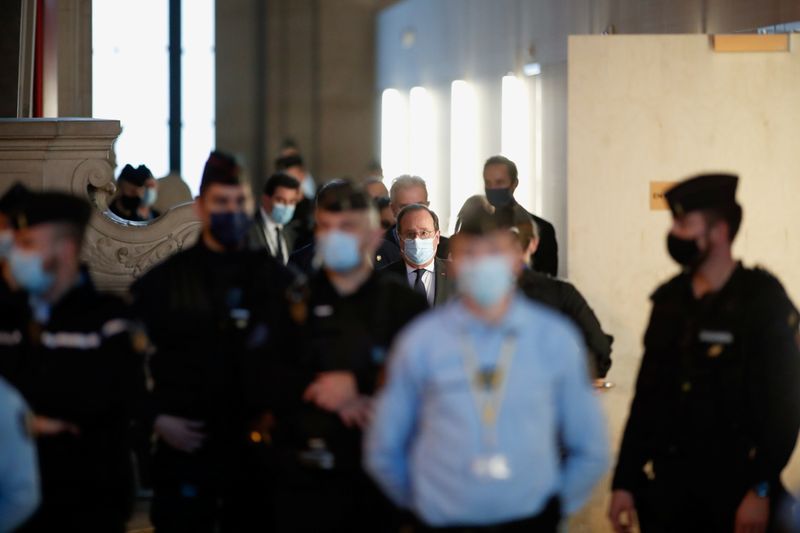 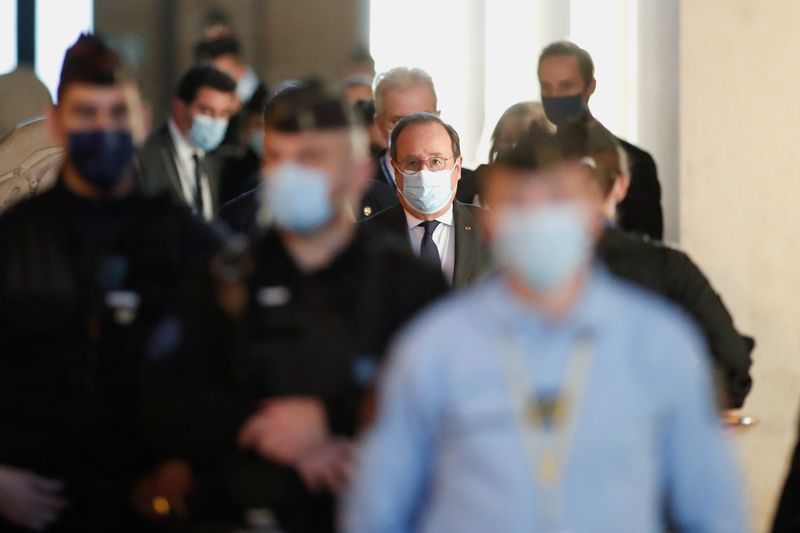