By Robin Emmott and Tuvan Gumrukcu

BRUSSELS/ANKARA -Turkey banned Syrian, Yemeni and Iraqi citizens from flights to Minsk on Friday, potentially closing off one of the main routes that the EU says Belarus has used to fly in migrants by the thousand to engineer a humanitarian crisis on its frontier.

Thousands of migrants from the Middle East are sheltering in freezing conditions in the woods on the border between Belarus and EU states Poland and Lithuania, which are refusing to let them cross. Some have already died and there are fears for the safety of the rest as bitter winter conditions settle in.

The European Union accuses Minsk of creating the crisis as part of a “hybrid attack” https://www.reuters.com/world/russia-flies-nuclear-capable-bombers-over-belarus-migrant-crisis-escalates-2021-11-10 on the bloc – distributing Belarusian visas in the Middle East, flying in the migrants and pushing them to cross the border illegally. Brussels may impose new sanctions as early as Monday on Belarus and airlines it blames for ferrying the migrants.

EU officials welcomed Friday’s announcement by Turkey’s Civil Aviation General Directorate that Syrians, Yemenis and Iraqis would not be permitted to buy tickets to Belarus or board flights there from Turkish territory.

Turkey has denied playing a direct role by allowing its territory to be used to ferry in migrants. But Minsk airport’s website listed six commercial flights arriving from Istanbul on Friday, the most from any city outside the former Soviet Union.

EU officials have repeatedly said their best hope of resolving the crisis is to stop would-be migrants in the Middle East from boarding flights for Belarus at the source, and that diplomats were negotiating in the region to achieve this.

The spokesperson said Iraqi Airways had also agreed to halt flights to Belarus.

However, the head of the EU’s border agency Frontex said he saw no swift end to the migrant crisis on Poland’s border.

“We have to be ready to have to face this situation for a long time,” Fabrice Leggeri told Reuters, adding that Frontex would help Poland return migrants to their home countries.

Belarus denies fomenting the crisis, but has also said it cannot help resolve it unless Europe lifts existing sanctions. The EU imposed several rounds of measures in response to President Alexander Lukashenko’s violent crackdown on mass street protests against his rule in 2020.

Lukashenko, a close ally of Russia, threatened this week to cut off Russian gas supplies delivered to Europe through Belarusian territory. On Friday, the Kremlin appeared to distance itself from that threat, saying it was not consulted in advance of Lukashenko’s remarks and it would fulfil its gas delivery contracts.

But Moscow shows no sign of leaning on Lukashenko to resolve the border crisis, and has made a number of demonstrations of its military support for him in recent days. Russian and Belarusian paratroopers held joint drills near the border on Friday, and the Russian air force has sent planes this week to patrol the frontier.

“From our point of view, the Russian president has the possibility to influence the situation and we expect him to take appropriate steps,” a German government spokesperson said.

Separately, Russia’s defence ministry said two of its servicemen had died on Friday due to parachute problems while taking part in the joint drills near the Polish border.

Polish authorities said they had foiled 223 attempts to cross the border illegally from Belarus overnight, including two large groups. They estimate the number of migrants trapped along the border at 3,000-4,000.

Neighbouring Lithuania reported 110 crossing attempts overnight and said it would be finishing a 100-km razor wire barrier along the border by Dec. 10.

Expressing support for Warsaw, Ukraine said on Friday it was sending border guards and national guard officers to its frontier with Poland to share intelligence and operational know-how on dealing with the Belarus migrant crisis.

The EU has backed Poland and Lithuania in taking a hard line on banning illegal crossings from Belarus for fear that allowing in even a small number would encourage huge numbers to follow.

But charities and advocates say the freezing conditions have created a humanitarian emergency, and that EU states have a duty to allow access to food and shelter. The media has also been kept away, which critics say conceals the scale of the crisis.

“Access for independent observers and the media is essential,” said Iwo Los, from Grupa Granica (Border Group), a Polish organisation. “These people… have to receive humanitarian aid, medical aid and this aid must be provided to them on both sides of the border.”

The Baltic nations bordering Belarus fear the crisis could escalate into a military confrontation. The presidents of Lithuania, Latvia and Estonia will meet on Monday in Vilnius to discuss the crisis and be joined by video link by Polish President Andrzej Duda. 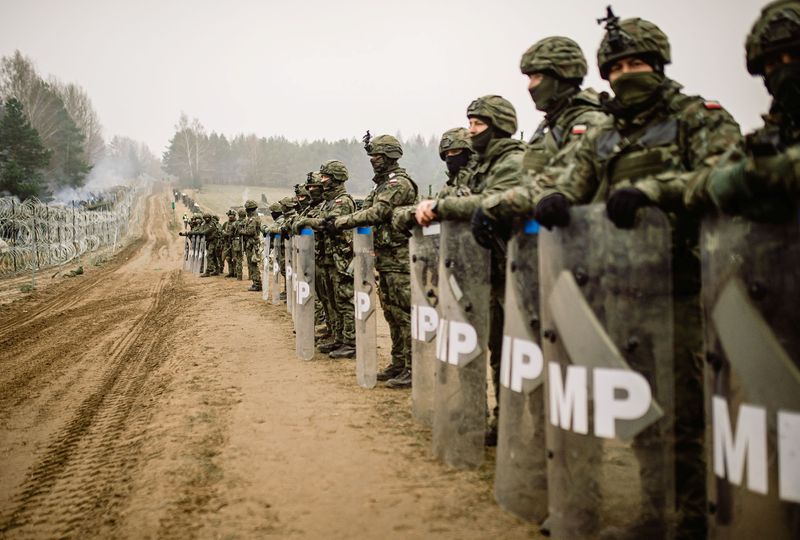 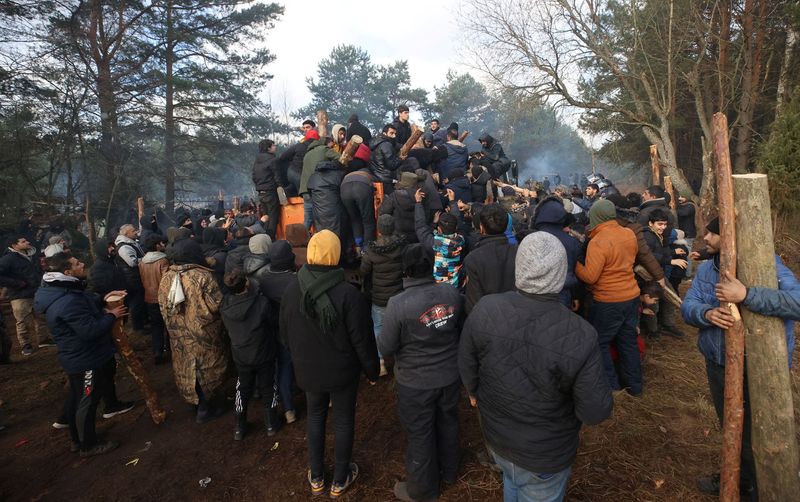 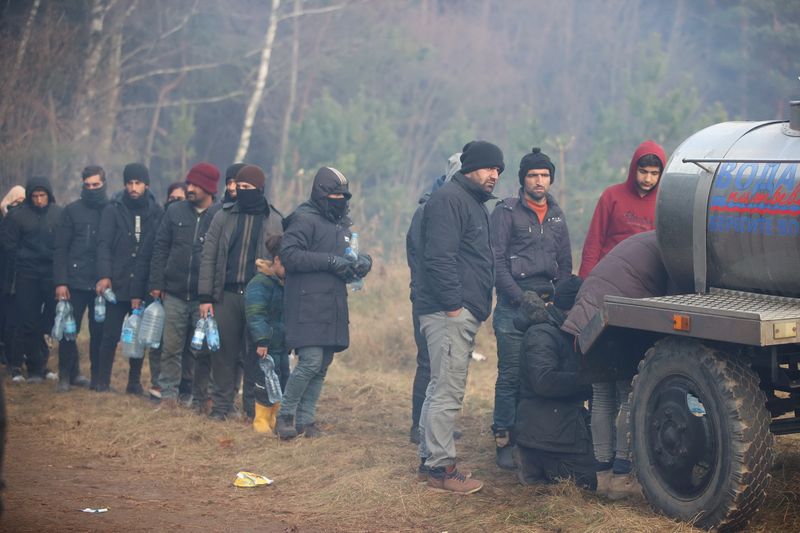 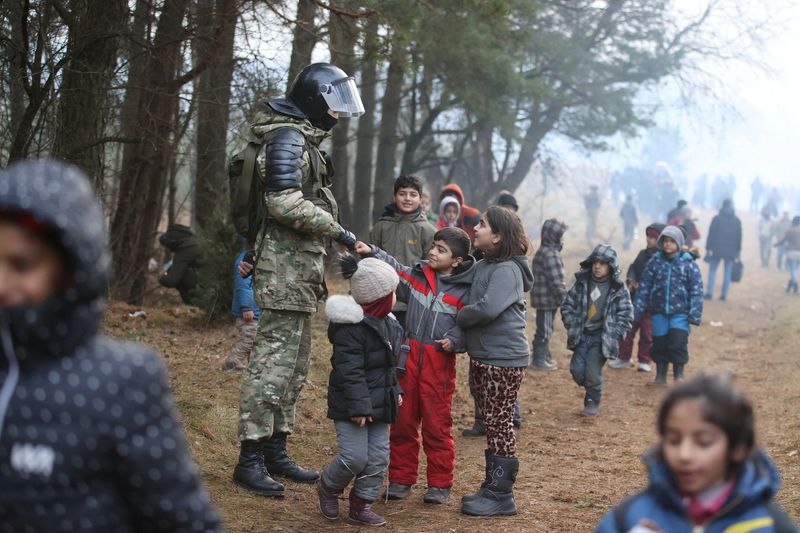 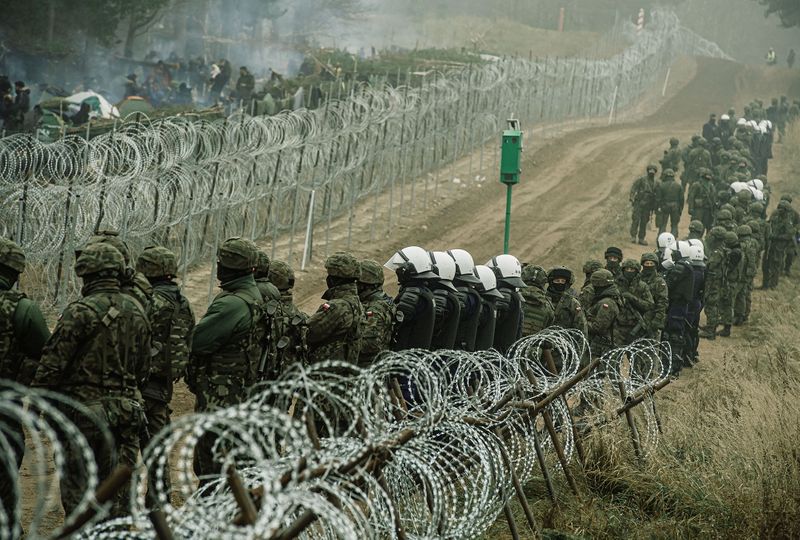