By Hugh Bronstein and Nicolás Misculin

BUENOS AIRES -Argentina’s ruling Peronist party was reeling on Sunday after a midterm vote that saw its center-left coalition lose its majority in Congress for the first time in almost 40 years and taste defeat in its stronghold province of Buenos Aires.

The conservative opposition, which was badly defeated in a presidential election two years ago, won almost all the key races in the legislative ballot, as voters turned away from the government amid spiraling inflation and growing poverty.

“Today we took a huge step,” said Horacio Rodríguez Larreta, opposition mayor of Buenos Aires city, who is considered to be a potential presidential candidate in a 2023 election. “We have a huge opportunity, let’s look forward.”

President Alberto Fernandez, in an address to the nation, went on the defensive, reaching across the aisle and calling for “patriotic” cooperation from the opposition, which will now be needed to push legislation through Congress.

Taking a moderate tone, Fernandez vowed to resolve the country’s debt with the International Monetary Fund, tackle the “evil” of inflation and send a long-term economic plan to Congress in early December, something investors and the IMF have sought amid negotiations over a new deal with the Fund.

“In this new stage, we will deepen our efforts to reach a sustainable agreement with the IMF. We must clear the uncertainties that come with this sort of unsustainable debt,” Fernandez said in an address to the nation.

The vote saw half the seats in the lower Chamber of Deputies up for grabs and a third in the Senate, with voters focused on high levels of poverty exacerbated by the COVID-19 pandemic and rampant inflation that saps wages and savings.

“I know very few people who make enough money to get to the end of the month,” said Ricardo Arese, 69, a security guard in the capital, Buenos Aires. His household expenses have risen 300% since 2016, he said, and he sees little reason for optimism.

“We’re looking at a very tough two years ahead.”

Voting went smoothly under sunny skies in the southern hemisphere spring, but many voters were angry or downcast.

“I’m here to vote with the hope that everything will change. We are tired,” said Mirta Laria, 62, a housewife in Buenos Aires. “Every day we are a bit worse off and the sad thing is that our children only see a way out for their life abroad.”

President Fernandez’s popularity was hit due to COVID-19 lockdowns, inflation and a currency that is falling to record lows against the U.S. dollar despite strict capital controls.

Ignacio Labaqui, Argentina analyst at New York-based consultancy Medley Global Advisors, said a big loss would mean Fernandez would be left with “little political power, as a part of coalition full of internal grievances and with a pile of economic problems to fix, starting with inflation.”

The governing coalition held 41 of the 72 seats in the Senate and makes up the largest bloc in the lower house. That majority now looks likely to be lost.

Focus has been on lower-house results in densely populated Buenos Aires province, while key Senate races https://www.reuters.com/world/americas/argentinas-hinterland-where-cows-outnumber-people-could-tip-balance-congress-2021-11-11 are in provinces such as La Pampa, Chubut and Santa Fe. The opposition was well ahead in those races with almost all votes tallied.

There are 127 seats in the Chamber of Deputies in play out of a total 257, and 24 Senate seats in eight provinces at stake.

A major defeat weakens Fernandez as pressure builds to strike a new deal with the International Monetary Fund to roll over $45 billion in debt payments the grains-producing country cannot make.

It could spark a cabinet reshuffle as the primary defeat did and split the government between moderates and radicals allied to influential Vice President Cristina Fernandez de Kirchner.

Since a 2001/02 economic meltdown, which threw millions of middle-class Argentines into poverty, many families have come to rely on social spending by Peronist governments.

One voter said she was sticking with the ruling party as she felt part of the “Peronist family.”

“If it weren’t for a subsidy I have, I don’t know how I would live since it is difficult to find work,” she said. 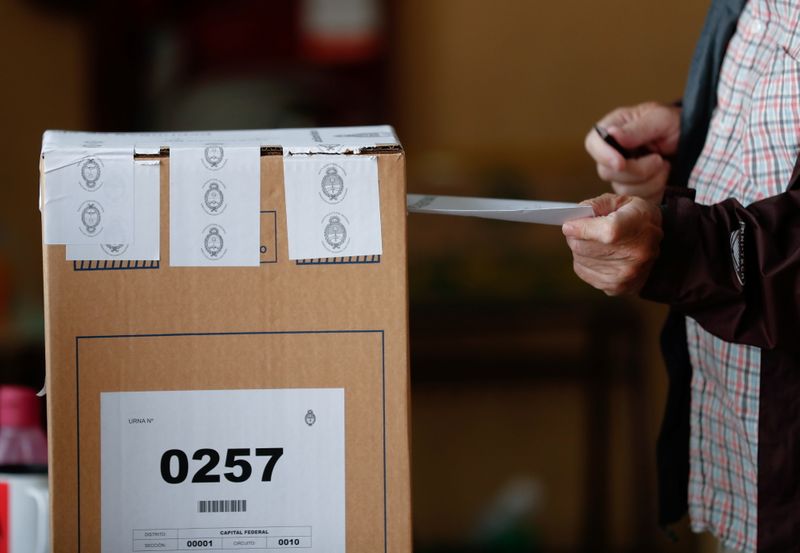 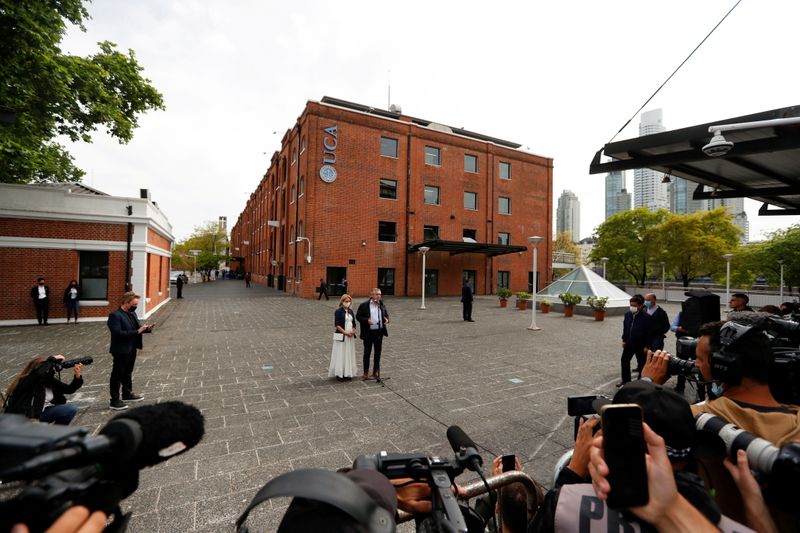 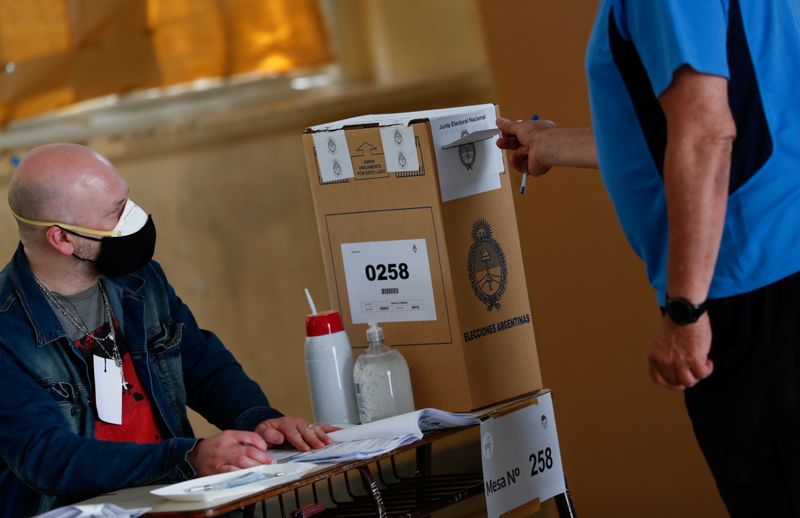 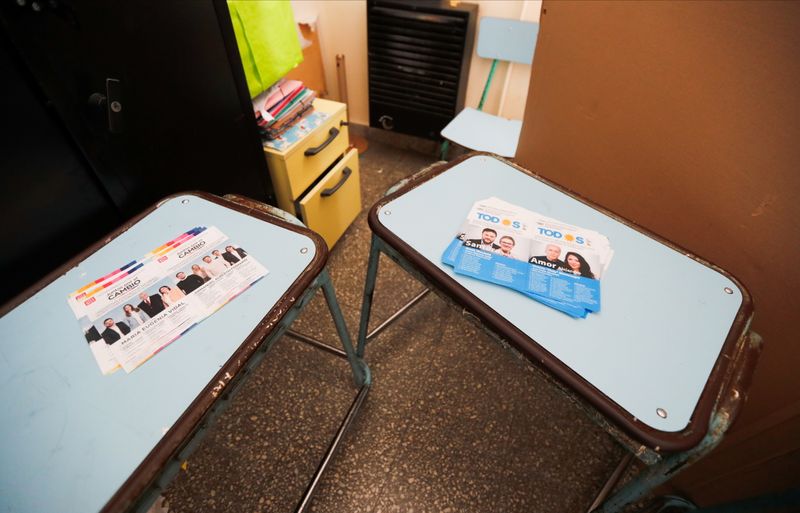