(This story corrects Mercedes-Benz official’s comment in paragraph 13 to show he said the time between when a new rule is known and is effective is “short”, not insufficient)

By Yilei Sun and Brenda Goh

BEIJING – For foreign automakers, selling in China – the world’s biggest car market and front-runner by far in the adoption of electric vehicles – can yield great rewards. But the regulatory headaches can also be really painful.

A lack of transparency, insufficient lead time for new rules as well as unequal “access to policy and standards drafting processes” were key complaints about Chinese auto regulation listed in a European Union Chamber of Commerce report.

Though the survey-based report published in September did not cite specific examples, auto industry sources say it highlights bubbling frustration with China’s regulatory process as well as growing pains as automakers adapt to the country’s expanding regulatory clout – particularly in EVs.

In the past, cars that met EU and U.S. auto standards did not have too much difficulty satisfying Chinese regulatory bodies which had based their own regulations on Western equivalents.

But China is now coming to the forefront of EV regulation. That’s a natural consequence of its sheer market size – it accounted for roughly 40% of all electric vehicles sold worldwide in 2020 – as well as part of broad conscious efforts by Chinese authorities to start taking the lead in international standards across a range of industries.

An expensive scramble by Volkswagen AG engineers last year to redesign a battery pack for its ID.4 electric SUV illustrates the tensions at play in China’s auto sector.

The battery pack had passed Volkswagen and German government tests for managing heat but it did not meet planned Chinese requirements aimed at making EVs highly unlikely to catch fire in the first five minutes after a crash, two sources with direct knowledge of the matter said.

No information from the Chinese government about when the new standards would be effective contributed to the problem, the sources said. But they added stubbornness from Volkswagen headquarters was also responsible as Wolfsburg failed to realise Chinese regulators were not amenable to hearing out the German automaker’s point of view as they had been in the past.

In addition to sending managers to China’s industry ministry and auto testing agency China Automotive Technology and Research Center (CATARC) to press for clarification on when the rule might be made effective, Volkswagen assembled a team of engineers who spent around six months working out fixes, said the sources.

In the end, the orginally planned lightweight aluminum battery pack was replaced by a heavier aluminum-steel pack with a different structural design. The mechanical design for the car’s chassis was also changed.

“Sometimes changing key components in an existing model is harder than making a new one and ID.4 is a good example of that,” said one source.

The sources declined to be identified discussing internal matters. Volkswagen said in a statement to Reuters that the ID.4 gained regulatory approval smoothly, that its regional teams get the necessary support to meet local legal requirements and it has zero tolerance for non-compliance.

Hans Georg Engel, head of research and development at Mercedes-Benz in China, told reporters last month one challenge for vehicle development and testing in China is that the time between when a new regulation is clearly known and when it goes into effect is “short”.

“We need to be faster here in China,” he said.

Chinese authorities could do more to make the regulatory process clearer and less liable to throwing up unwelcome surprises, other executives at foreign automakers say.

Complaints include that sometimes only Chinese automakers are invited to initial meetings on proposed new regulations while foreign automakers only get to attend later, according to senior officials at overseas carmakers. They were not authorised to speak on the matter and declined to be identified.

China’s industry ministry and CATARC did not respond to Reuters requests for comment.

Last year, Beijing outlined “China Standards 2035” – a still-evolving industrial strategy it had spent two years developing and one that seeks to make China a major voice, if not take the driver’s seat, when international standards are set.

Its plans for promoting better standards encompass a wide range of industries – from tech to packaging to biotech – as well as autos.

In line with those objectives, state-owned CATARC, which is backed by China’s industry ministry, is increasing its international reach.

In June, CATARC set up an office in Geneva, home to United Nations transportation regulators. It has also been working with Indonesia’s government on EV policies and holding routine talks with countries like Uzbekistan and Belarus. In September, it said in a post that some of China’s auto regulations have been adopted by markets like the European Union, Israel and Chile.

Increasing the global impact of China’s auto emission rules will also help with the exports of China-made engines, components and testing machines, Wu Xianfeng, an official at the Ministry of Ecology and Environment, told CATARC’s annual meeting in September.

To lessen the chance of regulatory surprises, foreign automakers are investing more in China research and development centres as this will give them a closer ear to the ground and more expertise on technical requirements that matter most to Chinese regulators.

“This world is changing so fast as we go into software-driven and electric vehicles that all governments around the world are running very fast to regulate,” Hubertus Troska, Daimler’s China chief said at the opening.

“Given the importance of China…this is the intention of our company to make sure Chinese requirements will be never forgotten.”

(Reporting by Yilei Sun in Beijing and Brenda Goh in Shanghai; Editing by Edwina Gibbs) 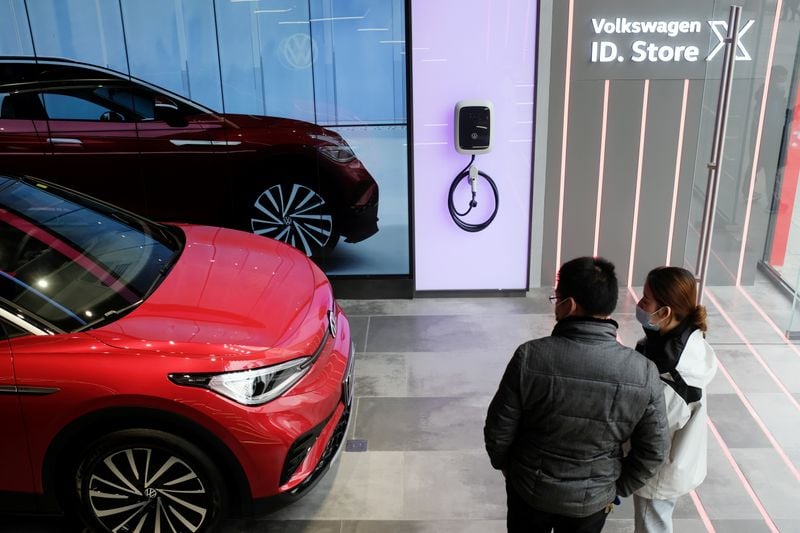 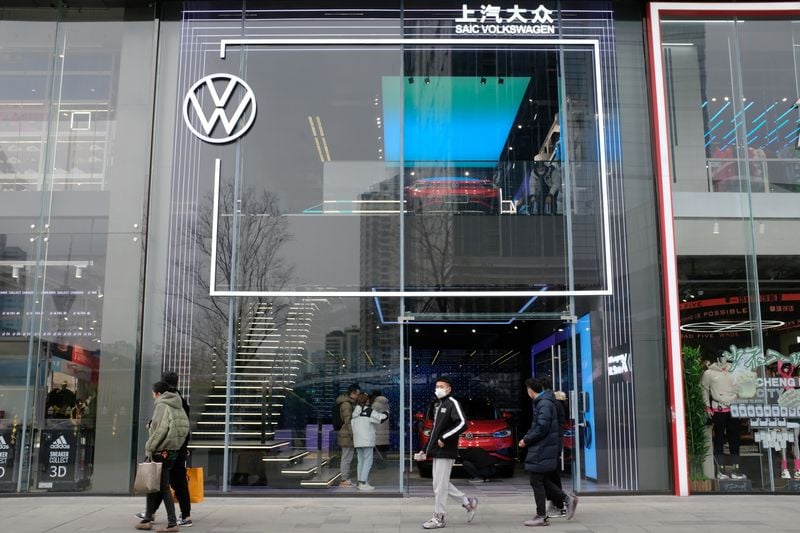