WASHINGTON – The U.S. Securities and Exchange Commission (SEC) on Wednesday agreed to give investors who vote by proxy more freedom to choose their candidates during contested corporate board elections, as the agency’s Democratic leadership seeks to bolster shareholder rights.

Until now, shareholders who voted remotely in contested elections had to choose from a full slate of board directors nominated by the management or a competing set of nominees provided by an activist investor.

The five-commissioner panel voted 4-1 to adopt the new rule.

Unlike in countries such as Canada and Australia, investors in the United States could not mix and match from these competing lists unless they sent a representative to vote in person at the annual meeting. The vast majority of corporate votes are cast remotely.

In 2016, two weeks before the election of former President Donald Trump, the securities regulator proposed an Obama-era reform that would have given shareholders in companies more freedom to vote for their preferred candidates during contested board elections.

It was later shelved by the agency’s then Republican leadership, which cited a preference to loosening rules that it said deterred firms from going public.

Investor advocates say the former system allowed corporate management to skew elections by proposing ballots with limited candidates whom they prefer. Other candidates submitted by investors are often relegated to separate ballots.

Business groups approve the status quo, calling it efficient and warning that a universal proxy card could lead to over-voting, more frequent disqualification of defective ballots and even shareholder confusion.

The new rule will put investors voting in person on an equal footing with those voting by proxy, said SEC Chair Gary Gensler.

“It makes sense that shareholders should be able to see all the candidates in one place, just as they would in person. This is an important aspect of shareholder democracy,” he added.

“This should be called the investor-choice rule,” said Amy Borrus, who leads the Washington-based Council of Institutional Investors. “This small but significant reform ensures that investors voting by proxy card – as the vast majority of institutional and individual investors do – can vote for whichever combination of director nominees they think best serves their interests.”

Elad Roisman, a Republican commissioner, voted in favor of the measure but said he would have preferred that the rule require those launching a proxy contest to meet certain eligibility criteria, such as thresholds of ownership in the target company or holding periods for the company’s stock.

“Such criteria would demonstrate that a dissident has an economic stake or investment interest in the target company.”

The U.S. markets regulator also voted to propose a measure that requires enhanced disclosure and voting options in all corporate director elections.

Subject to public consultation before it can be adopted, the proposal would rescind a Trump-era rule that sought to restrict proxy advisory firms, which recommend to investors how to vote and cast ballots on behalf of some asset managers.

This SEC proposal would undo, among other previous restrictions, a condition that required proxy advisory firms to make their advice available to companies that are the subject of their advice at or before the meeting.

On Wednesday, industry groups like the National Association of Manufacturers said they were “extremely concerned” that the SEC proposed revisions to a 2020 proxy rule “absent of any new information about its impact on the market.”

The powerful U.S. Chamber of Commerce criticized the move as a sign the agency “is not serious about rooting out and eliminating misinformation and conflicts of interest in the proxy process.”

(Reporting by Katanga Johnson in Washington; Editing by Dan Grebler and Matthew Lewis) 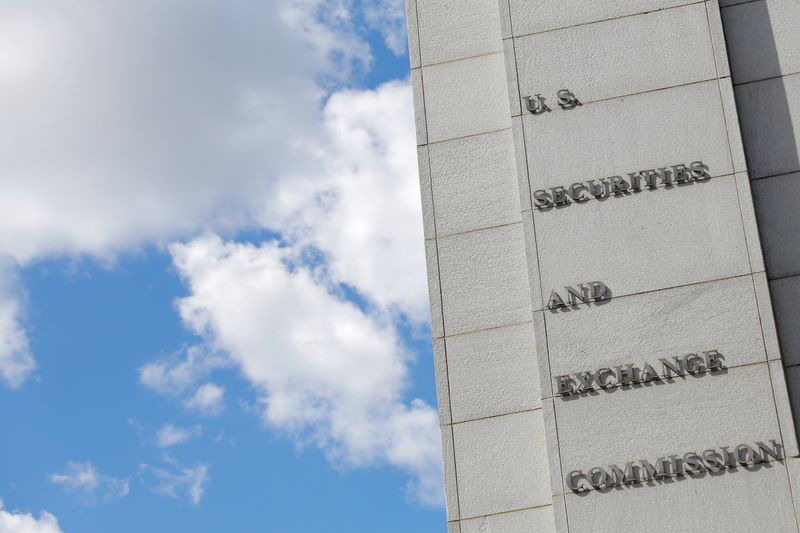