– Adobe Inc on Thursday said it was partnering with San Francisco-based startup Bolt to add one-click checkouts for retailers that use Adobe’s e-commerce software tools.

Once known for software such as Photoshop, Adobe has branched out into digital marketing and e-commerce tools for retailers.

Under the deal, Adobe’s customers can integrate Bolt’s one-click feature into their checkout screens. Bolt has a network of about 10 million shoppers, and if it has seen a shopper before, it can fill in their payment details, an otherwise burdensome step when many shoppers abandon their cart.

“We see a 60% higher conversion rate when we’re able to pre-populate all of that information,” Bob Buch, chief business officer of Bolt, told Reuters.

Bolt will charge a fee to merchants when its network helps them make a sale, but Bolt and Adobe said they are still working on the financial details of the partnership.

Adobe also recently announced it will offer payment-processing services for merchants, but Justin Merickel, vice president for business development at Adobe, said merchants don’t need to use Adobe’s in-house payment processing to use the Bolt tools.

Jordan Jewell, research director for digital commerce at IDC, said the deal is the latest in a string of Adobe partnerships, such as a deal with FedEx Corp to ease shipping complexity, aimed at helping merchants compete with Amazon, which held a patent on one-click checkouts until 2017.

“For Adobe, it’s about emulating what Amazon is doing and what Shopify is doing as well,” Jewell said. 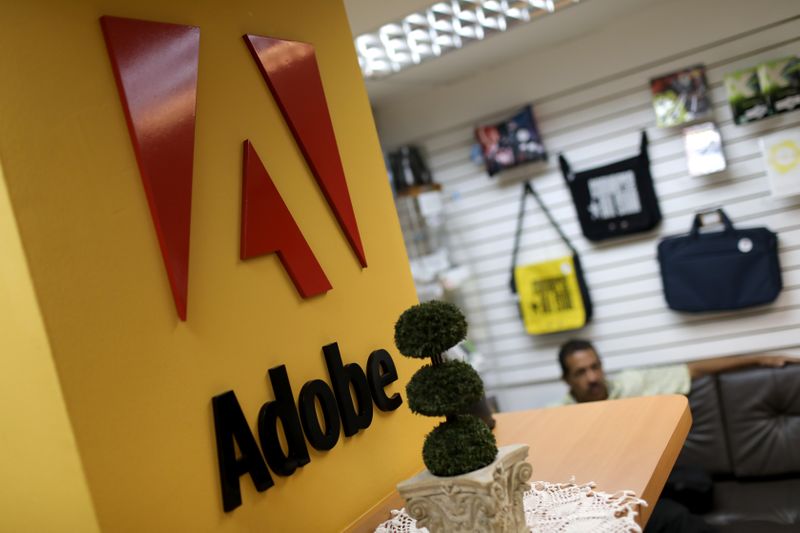