By Nathan Layne and Brendan McDermid

KENOSHA, Wis. -Jurors in the Wisconsin murder trial of Kyle Rittenhouse ended their second day of deliberations without reaching a verdict, after reviewing a series of videos on Wednesday of the teenager’s deadly encounters at racial justice protests last year.

Defense lawyers made a new request for a mistrial, saying prosecutors withheld the high-definition version of a drone video in evidence and enhanced it in order to portray Rittenhouse as a threat. Prosecutors denied the defense’s allegation.

Rittenhouse, 18, is charged with killing Joseph Rosenbaum, 36, and Anthony Huber, 26, and attempted homicide in the wounding of Gaige Grosskreutz, 28, during a chaotic night of protests in Kenosha, Wisconsin on Aug. 25, 2020.

After deliberating for roughly 14 hours over two days, the jury of 7 women and 5 men asked the judge to go home just after 4:30 p.m. Central Time. The judge told the group to return at 9 a.m. (1500 GMT) on Thursday.

The jury, which asked the judge if they could re-watch videos in evidence, spent about 45 minutes on drone video of the Rosenbaum shooting and videos of the subsequent shootings of Huber, who swung a skateboard at the teenager, and Grosskreutz, who was armed with a handgun when he was shot.

The shootings took place in Kenosha during protests – marred by arson, rioting and looting – that followed the police shooting of a Black man, Jacob Blake, who was left paralyzed from the waist down.

The trial has emerged as the most closely watched case involving a civilian’s right to self-defense since George Zimmerman was acquitted in the fatal shooting of Trayvon Martin, an unarmed Black teenager, in 2013. Like Zimmerman, Rittenhouse has become a polarizing figure, viewed as heroic by some conservatives who favor expansive gun rights and as a symbol of a reckless American gun culture by many on the left.

Tensions were starting to rise outside the courthouse on Wednesday, with the crowd growing to a few dozen in anticipation of a verdict. Two protesters were arrested after a shoving match with a demonstrator holding a sign in support of Rittenhouse, and one man with a long gun was ordered to leave.

Rittenhouse, who was 17 at the time of the shootings, has pleaded not guilty and testified last week that he fired his weapon in self defense. He said Rosenbaum, the first person he shot that night, grabbed the barrel of his gun.

Prosecutors have used an enhanced drone video to argue that Rittenhouse raised his rifle in a threatening way before Rosenbaum started chasing him. Prosecutors say Rittenhouse therefore provoked the incident, creating an “active shooter” situation that Huber and Grosskreutz felt a need to stop.

Rittenhouse’s lawyers accused the prosecution of withholding a high-definition version of the footage until Saturday after the case was already closed to new evidence. Prosecutors said the video was likely compressed by defense counsels’ computers after it was sent to them.

The drone video issue was cited among several factors in a motion by the defense on Monday seeking a mistrial with prejudice, meaning Rittenhouse could not be prosecuted again.

In seeking a mistrial without prejudice on Wednesday, defense attorney Corey Chirafisi said he would have approached the trial differently if they had known about the existence of a higher-resolution video earlier.

Mark Richards, another attorney for Rittenhouse, said the higher-definition version of the video had been enhanced to take the reflection from the side mirror of a car and erroneously make it look as if Rittenhouse raised his rifle.

“In their enhanced video that sideview mirror is what they point to as him raising his arms,” Richards told Reuters. “It’s not, it’s the sideview mirror.”

The prosecution denied doing anything wrong. Kenosha County Assistant District Attorney James Kraus referred to the issue as “technical incident” and said it did not warrant a mistrial.

Kenosha County Judge Bruce Schroeder has not ruled on the mistrial motions, allowing the jury to proceed with deliberations. 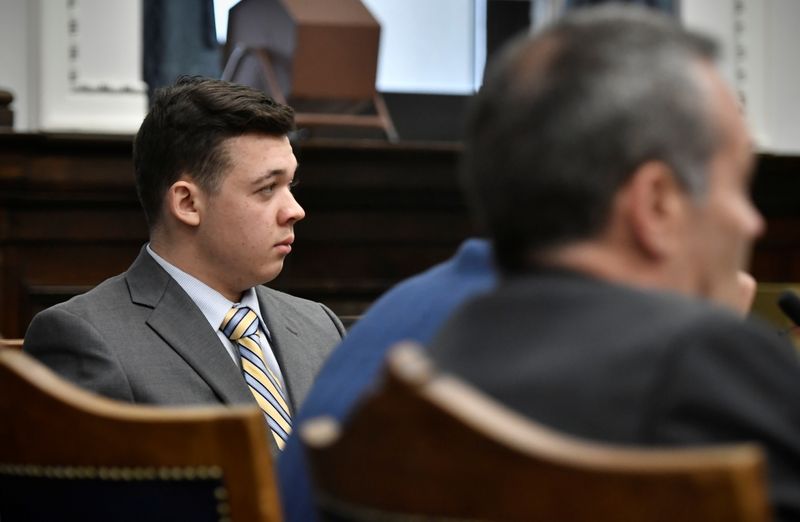 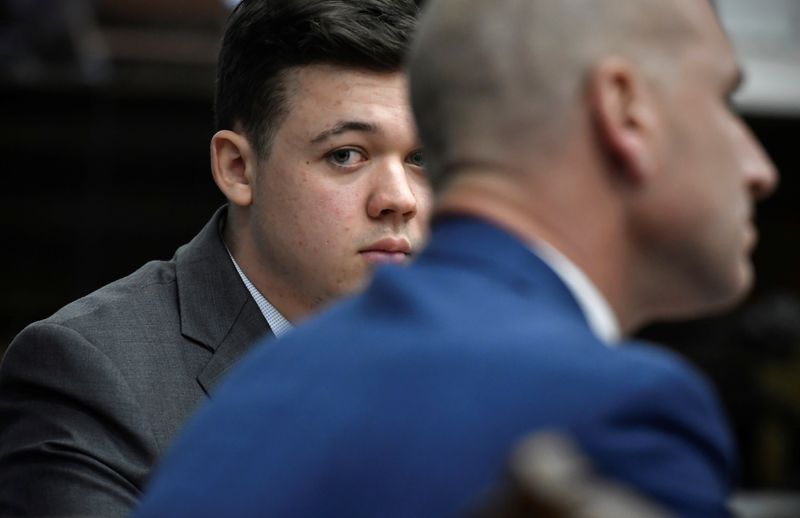 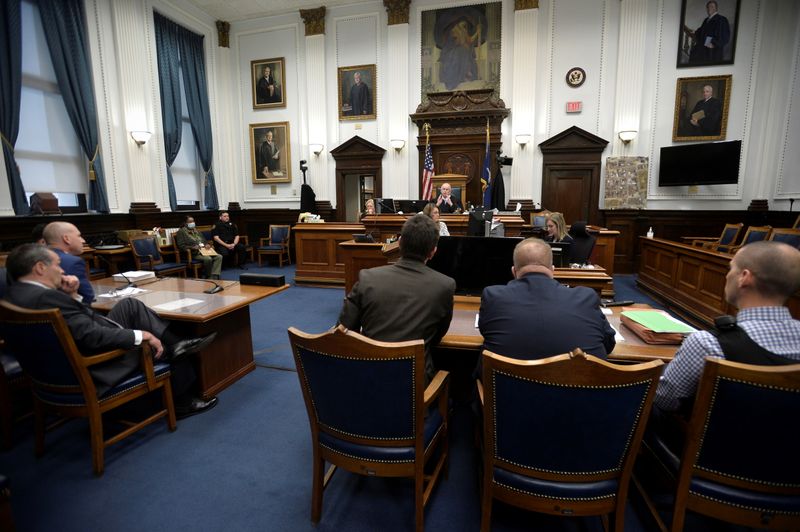 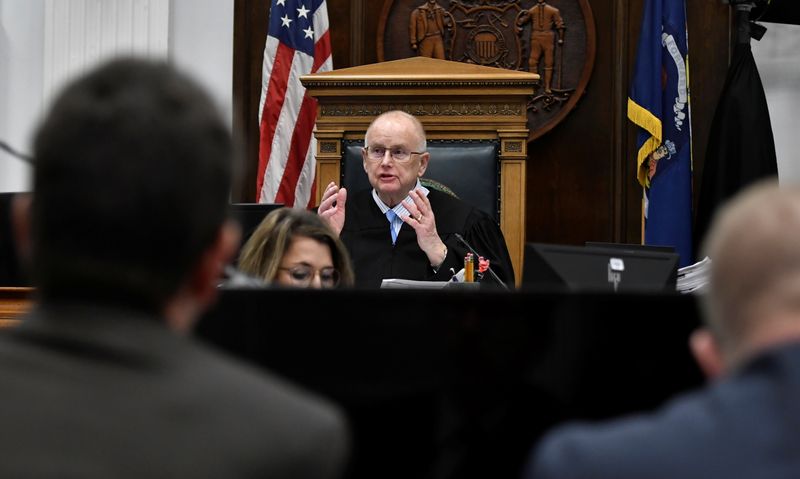 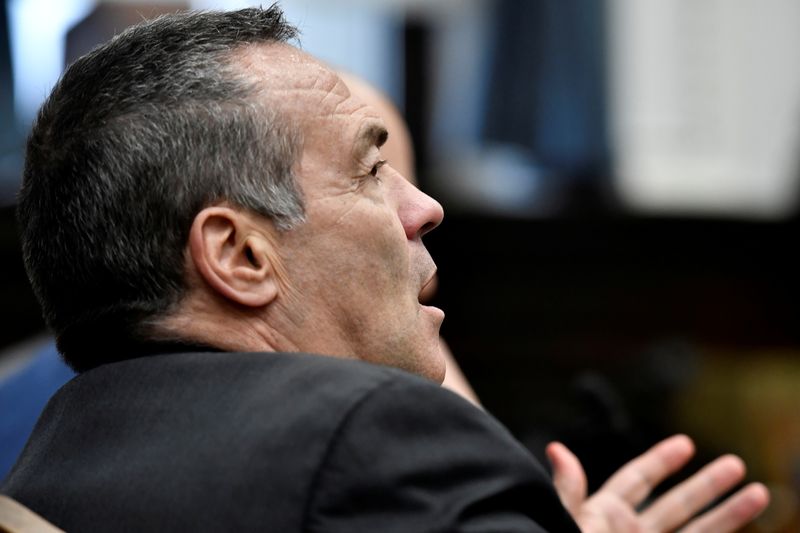