BENGALURU – Australia’s soaring house price inflation rate will lose altitude next year and in 2023, but prices are still expected to rise in one of the hottest property markets in the world, a Reuters poll has found.

In response to the pandemic-induced economic slowdown, the Reserve Bank of Australia slashed interest rates to a record low and flooded the financial system with cash — a potent stimulus for a housing market in which prices have nearly doubled since the global financial crisis of 2007-09.

That property boom has been a windfall for existing homeowners but has made housing unaffordable for many, widening the divide between those with substantial home equity and those struggling to put together a deposit to get on the property ladder.

“The Australian housing market is in the twilight of an incredible boom that has been fuelled by record low mortgage rates. The phenomenal lift in prices is not over yet given dwelling prices are still rising briskly in most capital cities,” said Gareth Aird, head of Australian economics at CBA.

Average growth in home prices was expected to slow to 6.0% next year after surging an estimated 18.0% this year, according to a Nov. 18-24 Reuters survey of 11 property analysts. Those estimates were largely unchanged from an August poll.

But that blistering pace of house price appreciation was expected to slow dramatically to 2.0% in 2023 and 2024, roughly matching core consumer price inflation.

“We expect an orderly correction in home prices of around 10% in 2023. The extent to which prices correct lower will depend in large part on the speed and magnitude at which the RBA lifts the cash rate,” CBA’s Aird added.

Eight analysts who answered a follow-up question on how many basis points of interest rate hikes would significantly slow housing market activity gave a median forecast of 100, with predictions in a range of 25-400 basis points.

“If the RBA hiked rates by nearly 200bp as the financial markets were anticipating until recently, households’ debt servicing burden would hit an all-time high and housing would become the least affordable since the global financial crisis,” said Marcel Thieliant, economist at Capital Economics.

“That would slow the recovery in consumption and could prove a formidable headwind to the housing market.”

The RBA’s cash rate is not set to rise from a record low of 0.10% until 2023 according to the latest Reuters poll https://www.reuters.com/article/australia-economy-rates-idUSL4N2RN1DH of economists.

“And while a return to immigration in 2022 will be a plus, these negatives are likely to more than offset that positive.” 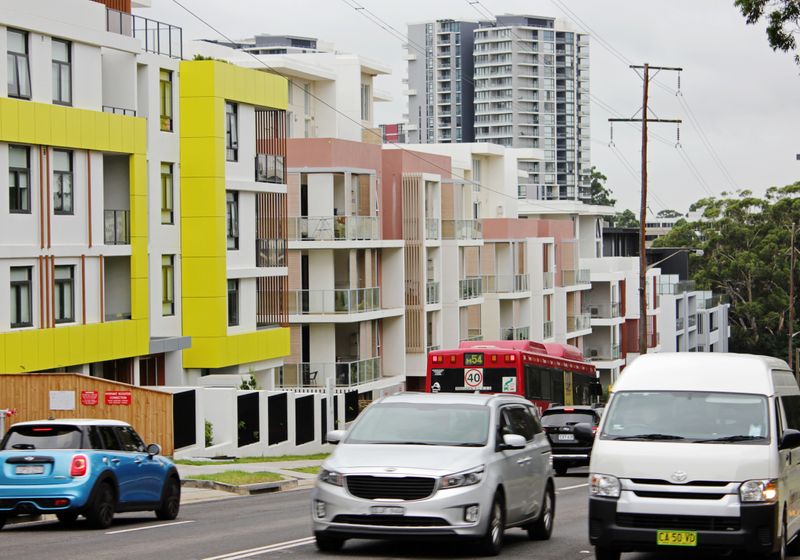