SYDNEY – Australia’s economy got a much-needed boost from strong exports and government stimulus spending in the third quarter which should have at least tempered the huge hit to activity from coronavirus lockdowns.

While gross domestic product (GDP) still likely suffered its second largest contraction on record last quarter, a timely 1.7 percentage point contribution from trade and public spending will soothe some of the pain.

The GDP report is due on Wednesday and is forecast to show a drop of 2.7%, a contraction only surpassed by the 7.0% plunge that followed the start of the pandemic last year.

The drop is again due to the virus, which closed the states of New South Wales and Victoria for much of the quarter and hammered consumer spending.

Fortunately for the economy, the government stepped in with emergency aid which saw total public spending add A$3.5 billion ($2.50 billion), or 0.7 percentage points, to GDP.

Australia also benefited from strength in resource exports and a fall in import volumes which saw real net exports add 1.0 percentage points to GDP in the quarter.

The country’s current account surplus climbed to a record A$23.9 billion in the quarter led by an 8% jump in exports.

The surplus would have been even larger but Australian firms, particularly miners, paid out a lot more in dividends to foreign investors after a bumper earnings season.

In any case, a rapid economic recovery is already underway as world-beating levels of vaccination have allowed most restrictions to be lifted, unleashing a wave of pent-up demand.

Retail sales surged a huge 4.9% in October as shops reopened, a splurge that banks say continued in November. CBA reported spending on its cards for the week to Nov. 26 was 24% higher than in the same week of 2019 before the pandemic hit.

The labour market has also been surprisingly resilient with payrolls rebounding to above pre-lockdown levels in October, well ahead of expectations.

The emergence of the Omicron variant is a potential threat, with the government delaying the opening of international borders by two weeks, though stay-at-home rules are unlikely as 87% of the adult population is fully vaccinated. 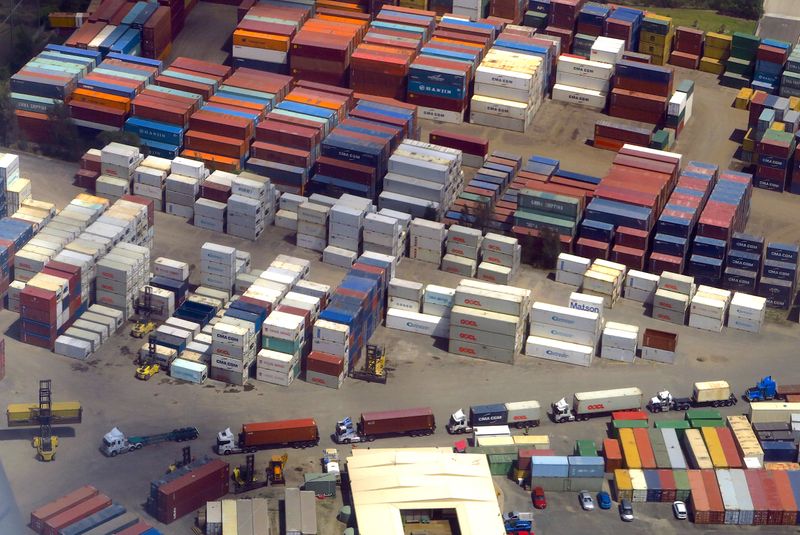