By Steve Gorman and Daniel Trotta

(Reuters) -A 15-year-old boy opened fire in a Michigan high school on Tuesday with a semi-automatic pistol his father had purchased days earlier, killing three fellow students and wounding eight other people before he was arrested, authorities said.

Oakland County Sheriff Michael Bouchard told a news briefing hours after the rampage at Oxford High School that investigators were at a loss to explain what might have precipitated “an unspeakable and unforgivable” act of violence.

The suspect, disarmed and taken into custody by sheriff’s deputies minutes after the shooting began, has declined to speak with investigators after his parents retained a lawyer and denied authorities permission to interview their son, Bouchard said.

“The person who’s got the most insight on motive is not talking,” the sheriff told reporters.


Bouchard said he was unaware of any previous run-ins with law enforcement by the suspect, a high school sophomore, adding there was “nothing to suggest that there had been disciplinary issues or problems with him at school.”

The bloodshed unfolded around midday in Oxford, Michigan, about 40 miles (65 km) north of Detroit, as terrified students and teachers taking cover inside the school flooded the county emergency dispatch center with more than 100 calls for assistance, authorities said.

Bouchard credited swift action by his deputies, who he said arrived on the scene in minutes and moved straight toward the sound of gunshots, with preventing a much higher casualty toll.

They confronted the young suspect advancing down a hallway toward them with a loaded weapon, when he put his hands over his head and surrendered, Bouchard said.

The precise sequence of events during the violence remained unclear, but police believe the boy carried the weapon into the school in a backpack, the sheriff said.

“The only information I have is that he came out of a bathroom with a weapon, and I don’t know where he went first,” Bouchard said.

Police will ultimately turn over the findings of their investigation to prosecutors, who would decide what charges to bring and whether the suspect would be charged as an adult or a juvenile, the sheriff said.

For now, the 15-year-old suspect, whose name was withheld by authorities because he is a minor, was being detained in a special cell under suicide watch at a juvenile detention center, Oakland County Executive David Coulter said.

Three students died in the shooting spree – a 16-year-old boy who succumbed to his wounds en route to a hospital in a patrol car, and two girls, aged 14 and 17, authorities said.

Of the eight others struck by gunfire, seven were students, two of them hospitalized with gunshot wounds to the head.

At least two girls, aged 14 and 17, were described by Bouchard as critically wounded with chest wounds, one of them placed on a ventilator.

A teacher was also treated for a shoulder wound and later discharged.

Undersheriff Michael McCabe said earlier that 15 to 20 rounds were fired during the rampage, which lasted no more than five minutes.

Bouchard said the boy was armed with a 9 millimeter semi-automatic handgun his father had purchased on Nov. 26, along with three 15-round magazines. Seven live rounds remained in the gun when the youth was arrested, the sheriff said.

The boy apparently “had been shooting” with the gun before Tuesday’s attack and had posted pictures of the weapon and a target he was using, according to the sheriff.

“My heart goes out to the families enduring the unimaginable grief of losing a loved one,” President Joe Biden told reporters while touring a Minnesota technical college.

The latest in a long series of U.S. school shootings will likely fuel debates about gun control and mental health care, with many states allowing easy access to firearms while mental health disorders frequently go untreated.

“This is a uniquely American problem that we need to address,” said Michigan Governor Gretchen Whitmer, who rushed to the scene and appeared with McCabe before the media.

Student Abbey Hodder told the Detroit Free Press she was in chemistry class when she heard the sound of glass breaking.

“My teacher kind of ran out and was scrambling,” Hodder, 15, told the newspaper. “The next thing I knew I saw he was pushing tables. It’s part of school protocol to barricade, so we all knew, barricade, barricade down. And we all started pushing tables.”

Video posted on social media showed students huddled in a barricaded classroom while someone outside shouts through the door that it is safe to come out, identifying himself as being with the sheriff’s office.

But the teacher responds: “We’re not taking that risk,” and incredulous students who feared the shooter might have been trying to lure them into the hall escaped out a back window and were soon met by uniformed deputies. 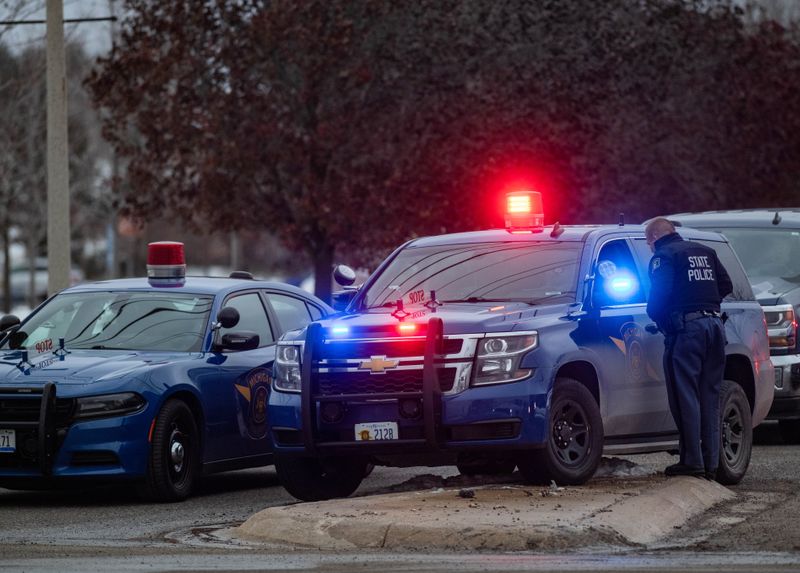 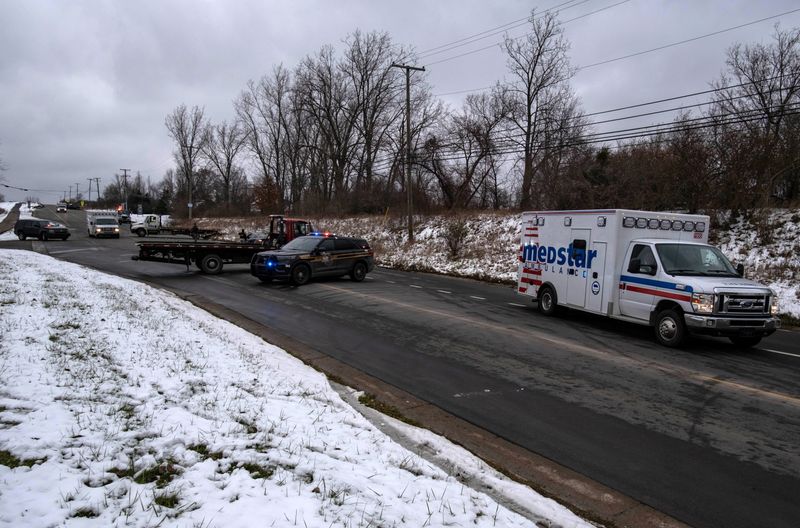 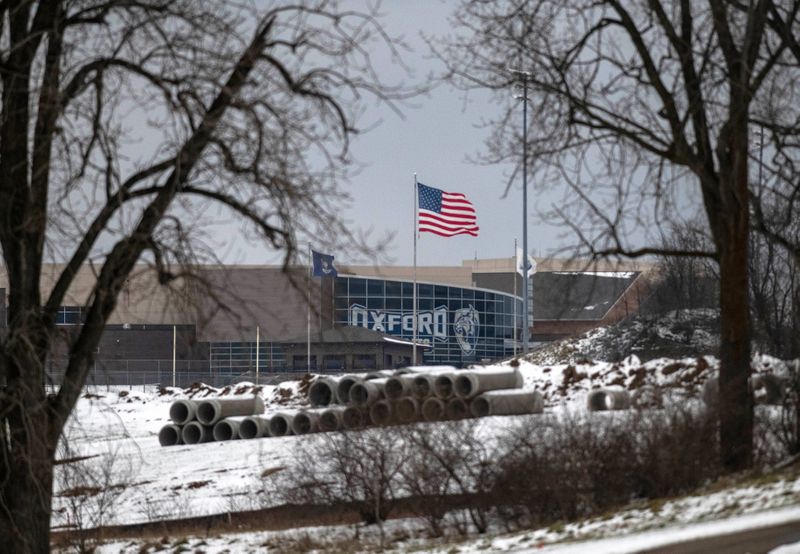 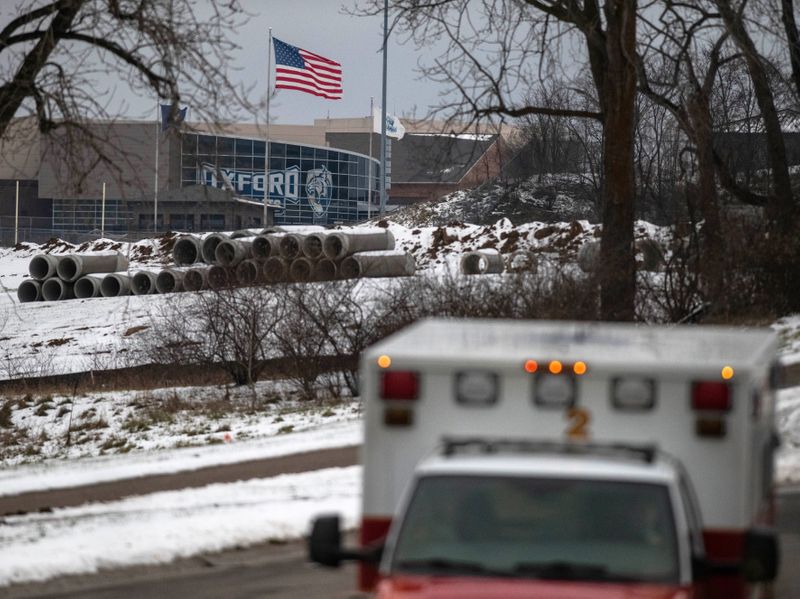 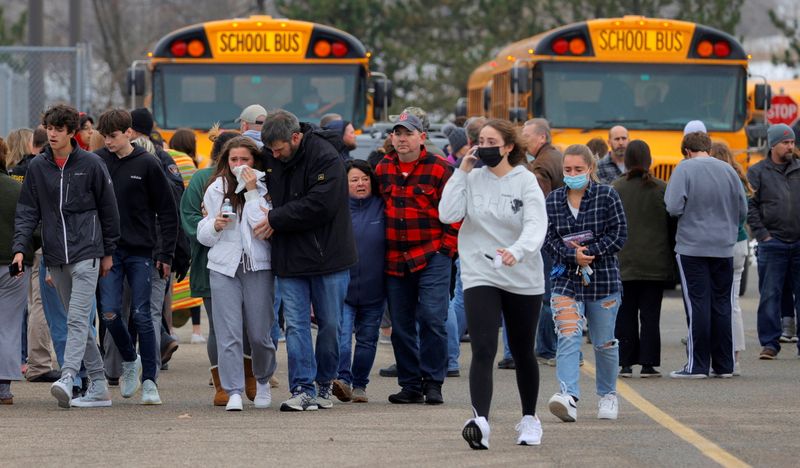