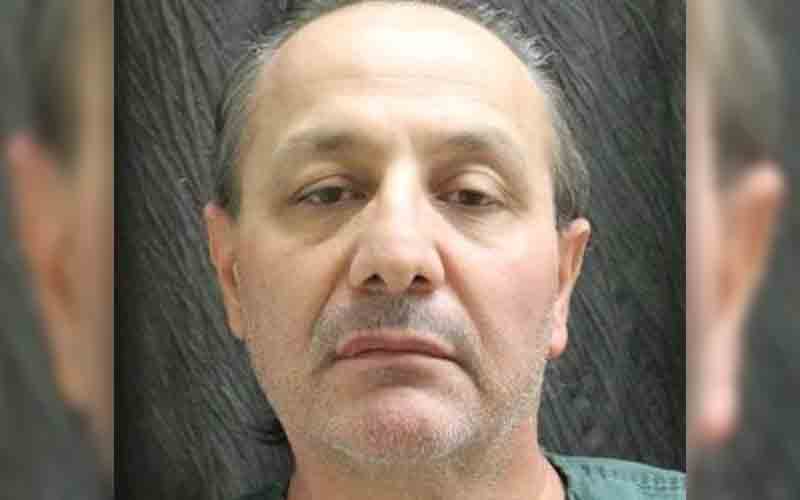 Saratoga County District Attorney Karen A. Heggen reports today Saratoga County Court Judge James A. Murphy sentenced Georgios N. Kakavelos to the maximum allowed by law- life without the possibility of parole- following his conviction of Murder in the First Degree by a trial jury on June 17, 2021.  The trial lasted for six-plus weeks, with the jury hearing from more than 60 witnesses and considering over 700 items of evidence.  This is the first conviction for Murder in the First Degree in Saratoga County since the statute was enacted.

Judge Murphy directed that all of the sentences shall run concurrently, with the exception of the Concealment of a Human Corpse count regarding the burial of the victim’s body in the Town of Malta.  The Judge directed that sentence of 1 1/3 to 4 years was to run consecutive to all the other sentences imposed.

Kakavelos has been convicted for the murder of Allyzibeth A. Lamont on or about October 28, 2019 in the City of Johnstown, County of Fulton.  Ms. Lamont was a 22-year-old woman who worked for the defendant at his sub shop and deli in Johnstown.  The jury found that Kakavelos hired another employee, James Duffy, to assist him with the murder and the removal of the victim to a grave site in the Town of Malta.  Lamont was just 22 years old at the time of her death.

During sentencing, First Assistant District Attorney Alan M. Poremba spent time reflecting about the victim, Allyzibeth Lamont, who he described as a “…genuine, generous and courageous” young woman.  Poremba recounted the information he learned regarding Ms. Lamont’s character as hard-working, caring and committed to her family and friends.  It was Ms. Lamont who challenged the illegal activities of the defendant Kakavelos by paying employees under the table and not complying with the required employment laws.  Poremba noted to the Court that “Ally didn’t know how truly diabolical the defendant was until the last moments of her life”. It was because she stood up for her fellow employees that Kakavelos set in motion a plan to kill her, which he did, with the assistance of his co-defendant James Duffy on October 28, 2019.


The Court also heard from five members of the victim’s family, who told Judge Murphy what an amazing, special person she was to her family and friends.  Her father told the Judge Ally would forever be his “hero”; her mother said she was “…devastated and enraged by the fact that when our daughter was fighting for her life and took her last breath, you [the defendant Georgios Kakavelos] were with her; not someone who loved or cared about her…”; her aunt noted that Ally was a “beautiful woman who had her whole life ahead of her”; and her sisters remembered that “Ally was the light of the room…a contagious smile, the laugh you could never forget”, and someone with a “half crooked smile [who]would light an entire world full of darkness; her hugs would melt away all pains and worries…”.  The family each concluded by noting that while the defendant may have taken her physically, “…she will always be alive in the hearts, minds, memories and kind words of those that knew her, met her or had a place in her life”.