SAN FRANCISCO – General Motors Co’s self-driving technology unit Cruise on Monday pushed back on claims from San Francisco authorities that its robotaxis are illegally double-parking, saying they have the right to block traffic for quick stops.

The San Francisco Municipal Transportation Agency (SFMTA) last week challenged Cruise’s application for a permit to deploy robotaxis in San Francisco on the grounds that it was illegally “double parking” during testing, creating safety and traffic concerns. The agency called for denying the permit until Cruise’s technology could demonstrate greater competency.

The California Public Utilities Commission has ultimate say over whether Cruise gets the permit to begin charging the public for rides.

Cruise said state law permits commercial vehicles to park away from a curb when reasonably necessary to load or unload passengers. And San Francisco had no special restrictions in the areas cited in SFMTA’s complaint about Cruise.

“Cruise’s operations thus are not only explicitly legally permissible under the Vehicle Code but are consistent with the lawful operation of other commercial vehicles registered in California,” the company said in a letter to the CPUC on Monday.

Cruise responded that its vehicles can fit in the backseat a foldable wheelchair and a passenger. It added that its longer-term plans call for serving all of San Francisco. 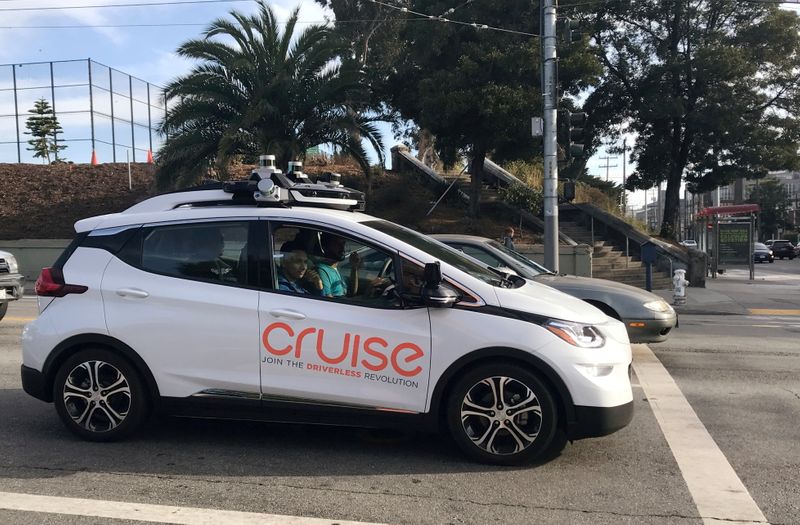