TOKYO – Japanese Prime Minister Fumio Kishida vowed on Monday to ensure workers’ wage hikes through tax breaks to protect the economy from the impact of rising global inflation and to achieve a virtuous cycle of economic growth and wealth distribution.

Kishida made the pledge on the opening day of parliament’s extra session convened to debate a supplementary budget with a record 36 trillion yen ($318 billion) in spending to cushion the blow from the COVID-19 pandemic.

He vowed to restore the economy and then tackle fiscal reform, saying the order must not be put wrong.

Wage hikes hold the key to the premier’s aim of defeating deflation by reversing a cycle of tame wage growth and weak consumer spending while encouraging Japanese firms to spend their record cash piles on boosting wages and investment.

“As anxiety has grown that rising global inflation may have ripple effects on Japan, I will do the utmost to (realise) wage hikes in order to protect the Japanese economy,” Kishida said.

“When we urge private-sector firms to raise pay, we must create a virtuous cycle of wage hikes and corporate growth to enable sustainable wage hikes.”

Kishida vowed to lay the groundwork to help private-sector firms hike wages by strengthening taxation and give bold deductions for companies that raise pay.

Since he took office in October, Kishida has piled pressure on Japanese firms, urging those whose earnings have recovered to pre-pandemic levels to raise wages by 3% or more.

OECD data shows Japanese employees’ wages have hardly grown over the past 30 years, during which Japan has suffered ‘lost decades’ of stagnant growth and grinding deflation. 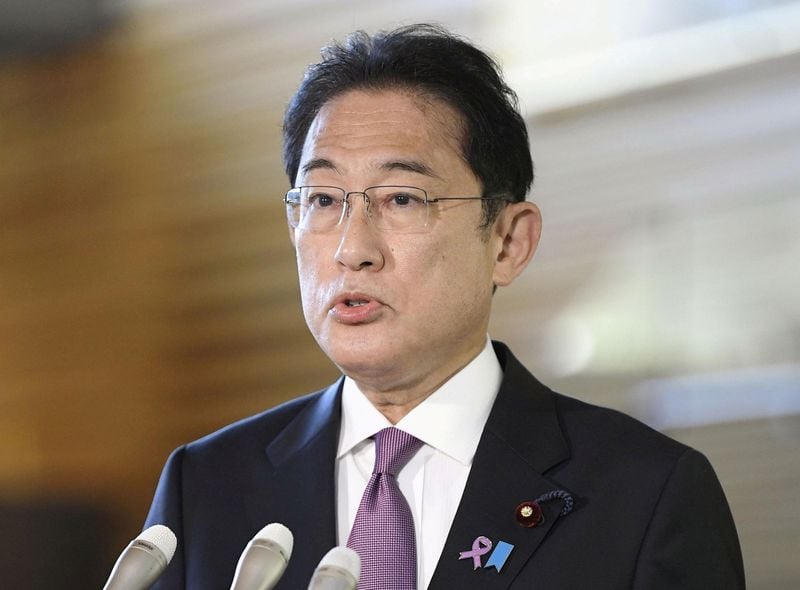 Investors show ‘no inflation fear’ as they snap up bonds, equities and sell cash – BofA