ZURICH – ABB will accelerate its acquisition drive, Chief Executive Bjorn Rosengren told Reuters in an interview, as the Swiss engineering group seeks to grow faster by tapping into mega-trends like shrinking workforces and decarbonisation. The maker of factory robots and charging stations for electric cars unveiled higher sales and profit goals at its capital markets day on Tuesday. “We are absolutely going to accelerate M&A,” Rosengren said. “Otherwise I would be very disappointed. “The target will be more on the small to medium size, maybe around a billion dollars in transaction size. We are looking at five to 10 acquisitions per year.” ABB has so made only two deals this year, but was looking to strengthen its offerings in robotics, motion and electrification, the former Sandvik CEO added.

ABB picked up $2.9 billion from selling its Dodge power transmission business. It is also divesting its power conversion division as well as potentially selling its turbo charging business. The company is also pressing ahead with its plans to float its e-mobility electric vehicle charging business, which it hopes to list in Switzerland in the first half of 2022. The business had revenue of $263 million in the 12 months to September and has been growing sales by nearly 60% per year. ABB, which competes with Germany’s Siemens and France’s Schneider Electric, would keep a majority stake after the initial public offering. “It is a core part of ABB. But it needs a different kind of management to the rest of the group,” Rosengren said. ABB has made an offer to a potential chairman of the new company, he added.

He rejected a report from activist shareholder Cevian which called for further streamlining of ABB.

“I don’t believe in conglomerates and ABB is not a conglomerate,” Rosengren said. “The board is of the same opinion on the strategy we have for ABB at the moment.” ABB was positive about market developments next year, particularly in areas like robotics and automation where its customers are facing high wage inflation and difficulties finding enough workers. Supply chain constraints would continue during the fourth quarter and early next year, but he expected the difficulties of getting parts like semiconductor chips to ease.

“We have an extremely strong demand in the market. We believe the demand will continue to grow in 2022. We still don’t have any cancellations at all,” Rosengren said. 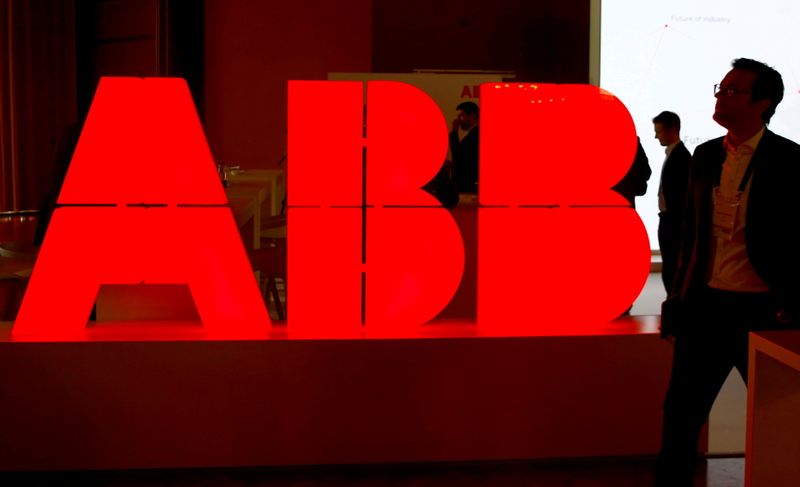