WASHINGTON – U.S. unit labor costs surged more than initially thought in the third quarter, suggesting inflation could remain high for a while.

The Labor Department said on Tuesday that unit labor costs, the price of labor per single unit of output, accelerated at a 9.6% annualized rate last quarter. That was revised up from the 8.3% pace reported in November.

Labor costs rose at a 5.9% pace in the April-June quarter. They increased at a 6.3% rate compared to a year ago, instead of the previously reported 4.8% rate.

Economists polled by Reuters had forecast unit labor costs would rise at an unrevised 8.3% pace.

Hourly compensation increased at a 3.9% rate in the third quarter, rather than at a 2.9% rate as previously reported.

The surge in labor costs came at the expense of worker productivity, which fell at a downwardly revised 5.2% rate last quarter. Productivity was previously reported to have tumbled at a 5.0% pace. It grew at a 2.4% pace in the April-June quarter.

Compared to the third quarter of 2020, productivity fell at a 0.6% rate. It was previously reported to have declined at a 0.5% rate. Hours worked increased at a 7.4% rate last quarter, revised up from the previously estimated 7.0 pace. 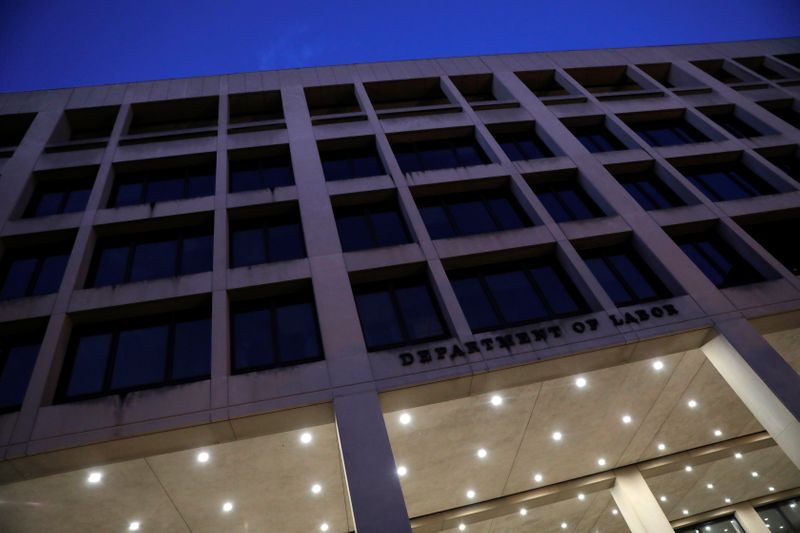