SACRAMENTO, Calif. – Los Angeles schools would not require children to be vaccinated against the coronavirus until next fall under a proposal announced on Friday, the latest in a series of delays in implementing vaccine mandates in public education in California.

The new policy would scupper the current plan to implement the Los Angeles Unified School District’s strict mandate in January. It would make the state’s largest school district the latest of several, including the school districts of Oakland and San Diego, to postpone the vaccine requirements for children old enough to receive the shots.

Interim Los Angeles Superintendent Megan K. Reilly couched the move as an example of the vaccination program’s success, saying that nearly 87% students age 12 and older were in compliance with the policy. The extension would give others an opportunity to also become inoculated, she said.

“This is a major milestone, and there’s still more time to get vaccinated,” she said. If the policy is approved by the Board of Education at its regular meeting on Tuesday, the district will continue to require weekly testing of all students through the month of January. After that it would test only students without proof of vaccination.

California school districts are delaying their vaccination requirements at a time when infections and fatalities are rising anew in many places around the country and the national COVID-19 death toll https://graphics.reuters.com/world-coronavirus-tracker-and-maps/countries-and-territories/united-states nears 800,000.

The increasing number of cases in part reflects the advent of colder weather, which has led to more indoor activity. The spread of the Omicron variant, believed to be more transmissible than earlier renditions of the virus, has also raised fresh concerns about a surge in cases.

In October, California became the first state to mandate statewide COVID-19 vaccinations for schoolchildren, though Governor Gavin Newsom left some flexibility about the timing of the mandates.

In Los Angeles and Oakland, administrators had planned to transfer unvaccinated students to online programs. But with thousands still unvaccinated, the districts are facing pressure to find an alternative to forcing so many students out of the classroom.

Last month, a federal appeals court blocked San Diego’s public school district from enforcing its COVID-19 vaccine mandate for students while it hears an appeal by a high school student and her parents who said taking the vaccine would violate the student’s religious beliefs. 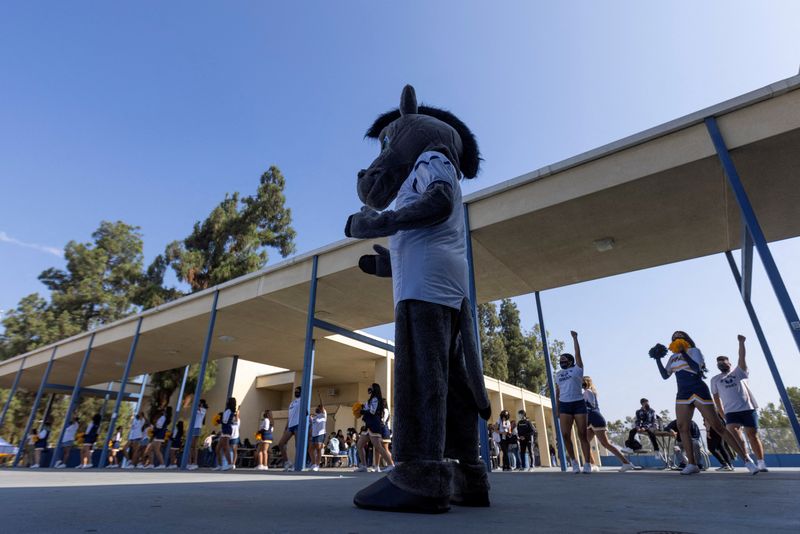