WASHINGTON – The Justice Department said on Monday a judge should reject a bid by American Airlines and JetBlue Airways Corp to dismiss an antitrust lawsuit over their “Northeast Alliance” partnership.

The lawsuit filed in September by the U.S. government and six states alleges the deal would lead to higher fares in busy Northeastern U.S. airports and seeks to unwind the partnership.

The Justice Department and six states including California, Massachusetts and Arizona said in a court filing on Monday the Northeast Alliance “seeks to accomplish through a joint venture what would not be tolerated as a merger: eliminating significant competition between a dominant airline and a uniquely disruptive competitor. … Instead of fighting with JetBlue, American now seeks to co-opt it.”

The lawsuit is set to go to trial in late September 2022.

The government argued the “Northeast Alliance will cost consumers hundreds of millions of dollars” and the “promised benefits do not justify these harms.” The government said “at a minimum, however, their promises should be tested through discovery and trial.”

The airlines argue the Justice Department and states should allow the alliance to continue to prove itself. They note their commitments to expansion, oversight and measures to address possible anticompetitive effects.

The agreement allows American and JetBlue to sell each other’s flights in their New York-area and Boston networks and link frequent-flyer programs in a move aimed at giving them more muscle to compete with United Airlines and Delta Air Lines in the Northeast.

The partnership was announced in July 2020 and approved by the U.S. Transportation Department shortly before the end of the Trump administration.

The lawsuit signals the Biden administration’s interest in greater competition where American and three other airlines control 80% of the domestic air market. 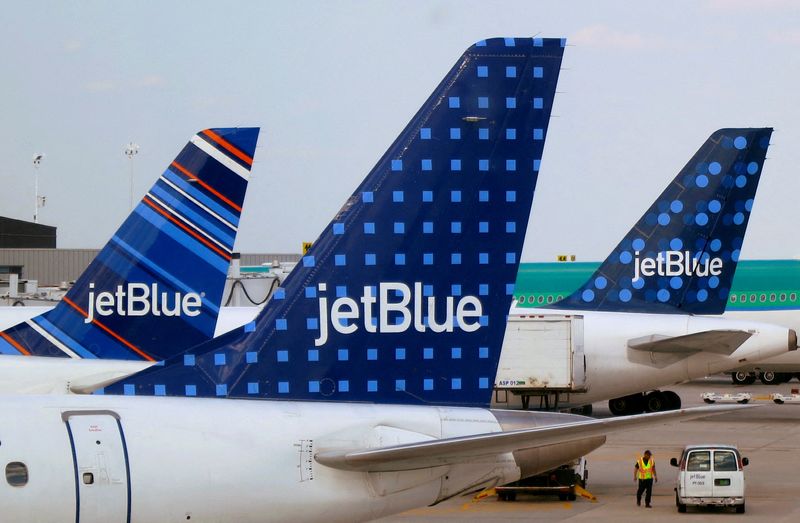