– European shares reversed early gains to end lower for a fifth straight session on Tuesday as technology stocks weighed, while the healthcare sector dipped despite a 12.6% surge in Vifor Pharma.

The Fed is expected to signal a faster pullback of asset purchases, while the European Central Bank and the Bank of England will meet on Thursday to determine the course for their monetary policies into 2022.

The International Monetary Fund urged the Bank of England on Tuesday to avoid an “inaction bias” when it comes to raising interest rates as it forecast higher inflation.

“Equity markets will stay skittish as there is tension between Omicron… and a busy calendar for central banks…, while we stand between two earnings seasons,” said Nick Nelson, head of European equity strategy at UBS.

“But we’re no longer talking about the same restrictions we had in Q1 2021 or 2020, so in the near term, restrictions across Europe will only be a modest drag on growth.”

At least one person died in Britain after contracting the Omicron variant, the first publicly confirmed death globally from the rapidly spreading strain. But Britain is set to remove all 11 countries from its COVID-19 travel red list from Wednesday.

Vifor extended gains from Monday after agreeing to be bought by Australian biopharma giant CSL for $11.7 billion.

UniCredit firmed 4.6% after HSBC raised the Italian lender’s target price, while ArcelorMittal advanced 8.1% after the world’s largest steelmaker announced plans to repurchase some of its debt.

BT slid 4.3% after Franco-Israeli entrepreneur Patrick Drahi increased his stake to 18%, prompting a warning from Britain that it would intervene if necessary to protect the telecoms group building the country’s critical fibre network. 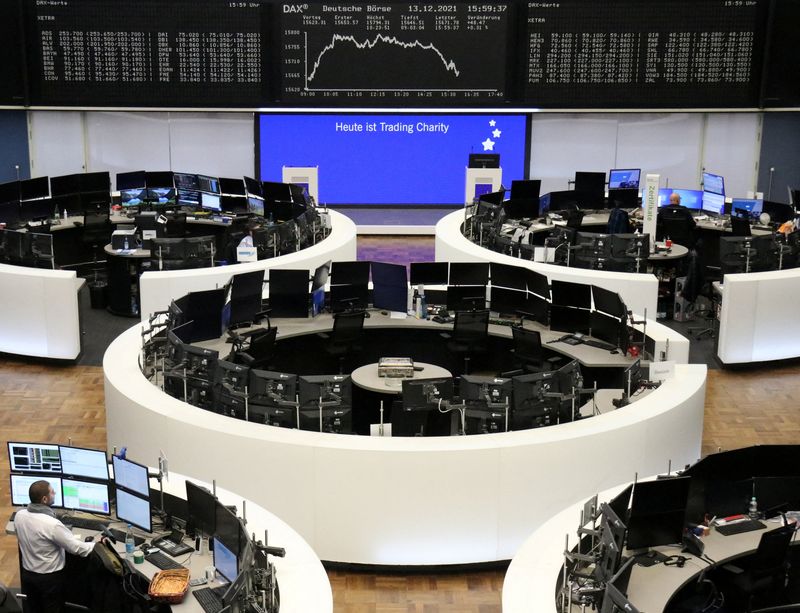