By Tommy Wilkes and Yoruk Bahceli

LONDON – Companies are selling a record number of bonds with penalties attached if they fail to meet environmental and social targets, but there’s a catch – some goals are so soft that firms can actually take their foot off the gas.

Because so-called sustainability-linked bonds (SLBs) are in high demand from investors keen to burnish their green credentials, those companies are also rewarded with lower borrowing costs.

A Reuters analysis of 48 SLBs issued by the 18 biggest borrowers in 2021 showed that nearly half, or 23, included a target which lets them improve at a slower rate than they have done previously.

SLBs, pioneered by Italian utility Enel in 2019, are structured so that companies pay a higher interest rate to investors for the last few years of a bond if they fail to meet certain environmental, social and governance (ESG) targets.

Unlike the bigger green bond market, which funds specific projects, SLBs focus on company-wide targets and do not restrict how the money is spent.

“If the targets and the goals are not aspirational, what are you really getting done?” said Stephen Liberatore, sustainability portfolio manager at Nuveen, who has not bought any SLBs because he does not see them incentivising change.

But other investors have piled in and issuance has ballooned to $91 billion in 2021, from $8.2 billion in 2020, Refinitiv data shows, feeding off investor demand for anything ESG and eligibility this year for European Central Bank bond purchases.

Those principles require targets to be ambitious, represent material improvement in underlying indicators and go beyond business as usual.

ICMA says ambition also means comparison to an external benchmark where possible, being consistent with overall sustainability strategies and being determined on a predefined timeline.

But some investors and experts say these are not enough to standardise ambition and loose guidelines present “greenwashing” dangers.

“I don’t think (the SLB market) is corrupt yet, but I am concerned it could be if we don’t get some definitions,” said Michelle Horsfield, head of climate sustainability standards at Climate Bonds Initiative.

ICMA reiterated its principles and pointed to a separate climate transition financing framework when approached for comment by Reuters.

“We would love to see more ambition and then we would focus on those companies and frameworks which have a more positive contribution, but that’s not what we’re seeing yet,” he said.

To assess their ambition, Reuters analysed companies’ targets and their current emissions or other relevant metrics from bond documents and corporate sustainability frameworks. It then compared those with past performance from earlier sustainability reports.

One example is Canadian energy pipeline operator Enbridge, which raised $1.8 billion from two 12-year SLBs. Both include a target to cut ‘Scope 1’ and ‘Scope 2’ greenhouse gas emissions intensity by 35% by 2030 from 2018 levels.

Enbridge will pay investors 50 basis points more in interest annually from 2030 if it fails.

Scope 1 emissions result from a company’s direct operations, while Scope 2 refer to emissions from power usage.

Enbridge’s combined emissions in 2019 fell 23% from 2018, partly because of divestment of gas assets, so it was already two-thirds of the way to its target before the bonds were sold.

The company was also more than half way towards achieving additional targets for increasing ethnic diversity in the workforce and women on its board.

Enbridge defended its targets, saying its 2030 emissions goal required “significant effort” and that a second-party opinion found the targets relevant and core to its business.

ISS, the opinion provider, said in its opinion and reiterated to Reuters that there was insufficient historical data to judge ambition against past performance, although it said Enbridge’s goals were ambitious versus sector peers.

It also noted the emissions target was only “moderately material” because 80% of Enbridge’s emissions relate to ‘Scope 3’: those generated by its customers.

“We do not see these goals as something we’d slow down on just because we’re making good progress on achieving them,” an Enbridge spokesperson said, adding it would consider revising them upwards as it meets them.

Other targets that do not appear overly challenging include British retailer Tesco’s pledge to cut emissions by 60% from 2015 to 2025.

Tesco was 83% of the way there before launching its first SLB. A spokesperson noted the target was aligned with keeping global warming to 1.5 degrees Celsius and said improvements would get harder as Tesco nears its targets.

Mexican retailer and bottler Femsa achieved 88% of a target to increase its electricity consumption share from renewable sources by 2025 before issuing a 7-year bond. That bond also includes a more ambitious target to cut waste going to landfill.

The spokesperson provided alternative calculations using absolute consumption levels, which showed Femsa 68% of the way there.

Targets are usually reviewed by second-party opinion providers (SPOs) in a wider assessment of SLB frameworks.

Some investors say these are not demanding enough and do their own analysis instead. Opinion providers such as ISS say their job is to give an evaluation, not pass or fail bonds.

Viola Lutz, Head of ISS ESG Climate Solutions, for example, said SPOs were not “a stamp of approval on the sustainability of the bond, but an independent and transparent opinion on its key material features in terms of sustainability”.

Opinion providers found sufficient ambition even for targets short of a company’s track record, in cases including Tesco and Femsa, when measuring companies against peers, or by citing alignment with the 1.5 degrees goal or industry challenges.

They say they are clear when there is insufficient data to assess ambition. While companies should preferably base targets on the most recent year with verifiable data, that is less important for strong, science-based targets, they told Reuters.

Penalties are also weak, commonly adding 0.125%-0.50% per annum in interest for the bond’s final years.

“Companies have the perverse incentive to make a whole bunch of promises they don’t really care about,” said Aegon Asset Management’s James Rich.

Strong demand means borrowers on average save 5-10 basis points in annual interest costs relative to traditional bonds, Rich calculated, potentially more than the penalties, which only apply for a few years.

Other investors say SLBs have made a decent start and structures are improving, with some recent bonds using 2020 baselines rather than as far back as 2015.

“It’s not all about the target,” said Saida Eggerstedt, Schroders’ head of sustainable credit, who believes SLBs encourage better corporate behaviour and deepen engagement and transparency.

“If companies didn’t issue the SLB and meet the targets, nobody would really know about it,” she added.

Eggersted is not convinced retailer H&M’s target to increase recycled materials usage is the right one, but said its SLB arms investors with information to encourage change at rivals.

Kim Hellström, H&M’s Strategy Lead Climate, said its target was “industry leading” and that recycling was growing fast from “very low” levels a few years ago. 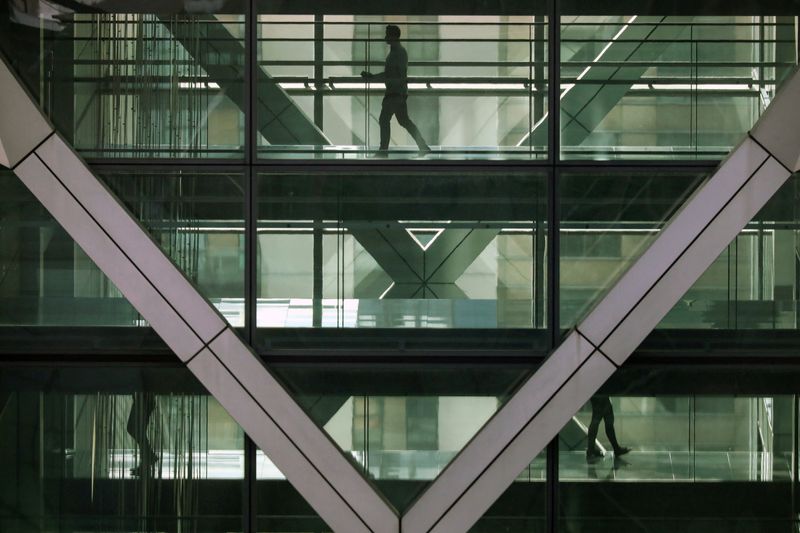