DETROIT -Amazon-backed electric vehicle startup Rivian Automotive Inc on Thursday said it will build a $5 billion plant in Georgia, its second U.S. assembly plant, as it looks to expand production.

In its first publicly reported quarterly results since it went public last month, Rivian posted a third-quarter net loss of $1.2 billion. Rivian’s shares tumbled 9.8% in after-hours trading after the company said it expected production to fall a few hundred vehicles short of its 2021 target of 1,200 and its pre-order numbers disappointed some on Wall Street.

“Launching and ramping production of three different vehicles within a few months is an incredibly tough challenge,” Chief Executive R.J. Scaringe said on a conference call.

Scaringe added Rivian was focused on pulling ahead the timeline for increasing production of its vehicles.

The pickup launched in September and the SUV this week, and Rivian has delivered 386 of the 652 vehicles it has built. It said it plans to ship the first vans to Amazon this month.

With a market value of almost $93 billion, Rivian made its Nasdaq debut last month in the world’s biggest initial public offering of 2021. Rivian raised almost $14 billion in the IPO to fund future growth on top of the $10.5 billion it had raised privately from such investors as Amazon.com Inc and Ford Motor Co. Amazon owns 20% of Rivian and Ford owns about 12%.

The Irvine, California-based company has struggled with the launch of its R1T pickup, R1S SUV and delivery van for Amazon as supply-chain constraints, including chip shortages, hit automakers globally.

During the pandemic, the chip shortage forced automakers to curtail vehicle production and limited inventories pushed up prices. Companies are now scrambling to protect operations against the spread of the omicron variant of the coronavirus.

Rivian, other startups and established automakers are racing to take on EV leader Tesla Inc as pressure grows in regions including China and Europe to eliminate vehicle emissions.

Rivian’s Georgia plant will eventually employ more than 7,500 people and build 400,000 vehicles a year. It is scheduled to open in 2024 with in-house battery cell production, largely confirming plans previously outlined in documents filed with other states. Rivian and the state of Georgia did not disclose the tax incentives the company will receive.

The new plant east of Atlanta, with construction set to begin next summer, will join the one in Normal, Illinois. Rivian intends to eventually open plants in Europe and China. Scaringe previously said Rivian plans to build at least 1 million vehicles a year by the end of the decade.

The Illinois plant currently has an annual capacity of 150,000 vehicles and Rivian has said it intends to increase that to 200,000 by 2023 as it adds new vehicles. The company said it is adding as many as 1,000 new jobs there by the second quarter of 2022.

On Thursday, Rivian said that as of Dec. 15, it had about 71,000 R1T and R1S pre-orders in the United States and Canada, up from 55,400 it reported at the end of October. Morgan Stanley analyst Adam Jonas said the new order count seems to have come in at the low end of expectations.

Ford said this month it had capped reservations for its F-150 Lightning electric pickup at 200,000.

On Thursday, Rivian reported a third-quarter net loss of $1.2 billion, or $12.21 a share. Excluding a loss of $458 million after issuing senior convertible notes, its adjusted operated loss was $776 million. Rivian also reported revenue of $1 million after it started to ship its first vehicles in September.

(Reporting by Ben Klayman in Detroit; Editing by David Gregorio) 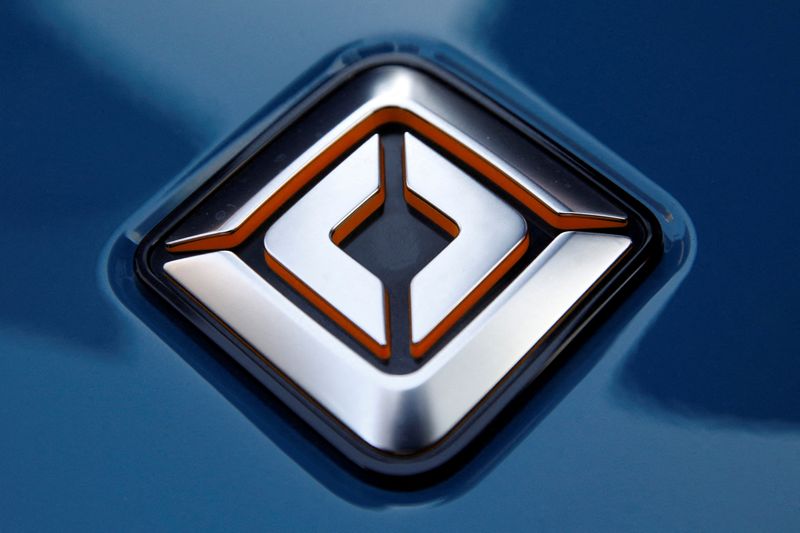