By Jan Wolfe and Patricia Zengerle

WASHINGTON – Longtime Donald Trump adviser Roger Stone will invoke the constitutional protection against self-incrimination during an interview on Friday with the committee investigating the Jan. 6 attack on the U.S. Capitol, Stone’s lawyer said on Thursday.

Stone’s attorney, Grant Smith, said in an e-mail that his client will appear for a closed-door deposition before the House of Representatives committee on Friday but will not answer any questions, invoking his rights under the Fifth Amendment of the U.S. Constitution.

The Fifth Amendment protects a person from being forced to reveal to investigators information that might subject them to criminal prosecution.

At least two other high-profile witnesses who received subpoenas from the House Select Committee have indicated they would invoke the Fifth Amendment: John Eastman, a former lawyer for former president Trump, and Jeffrey Clark, a former top Justice Department official during the Trump administration.

The committee issued a subpoena to Stone on Nov. 22, saying it wanted his testimony about his appearances at pro-Trump rallies in Washington on Jan. 5.

Stone was previously indicted by Robert Mueller, the former special counsel tasked with investigating Russian interference in the 2016 election. A federal jury in Washington convicted Stone of lying to Congress, obstruction of justice and witness tampering.

Trump pardoned Stone in December 2020, wiping away the criminal conviction.

A mob of Trump supporters stormed the Capitol on Jan. 6 in a failed attempt to prevent formal congressional certification of his election loss to Democrat Joe Biden. The committee is scrutinizing Trump’s actions relating to those events.

More than 700 people have been charged with taking part in the riot at the Capitol.

(Reporting by Jan Wolfe and Patricia Zengerle in Washington; Editing by Scott Malone and Alistair Bell) 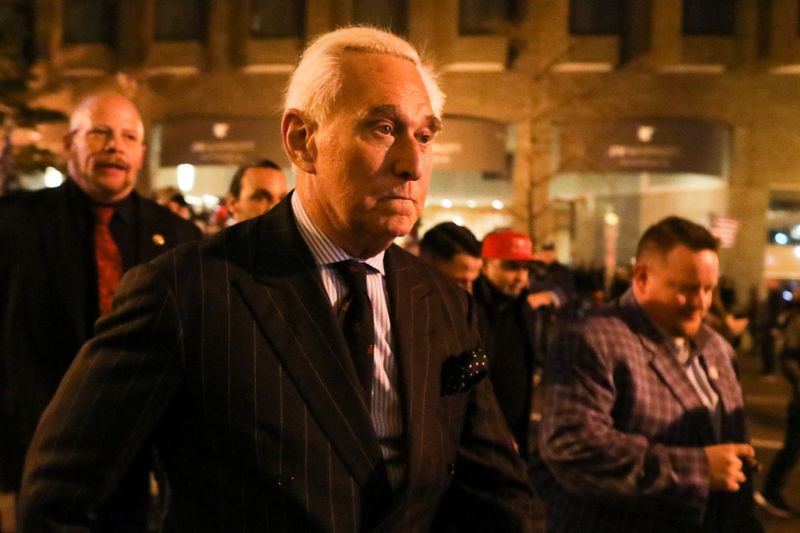