By Noe Torres and Kylie Madry

MEXICO CITY – Shares in Mexican airline Grupo Aeromexico fell 27% in early afternoon trading on Friday following a temporary suspension earlier in the session due to a sharp drop in the stock triggered a day earlier.

The stock plunged on Thursday after the carrier, which has been under a Chapter 11 restructuring process in the United States since last year, announced that a third party would make an offer for its stock and valued its shares at a fraction of their previous price at 0.01 Mexican cent apiece.

In a midday release following its suspension from the bourse, Aeromexico said it had informed investors “of the imminent dilution of the current shareholders” because of its Chapter 11 bankruptcy reorganization, in which debt holders like Apollo Global Management Inc will end up with most of its stock.

Bolsa Mexicana de Valores, Mexico’s stock exchange, did not immediately respond to a request for comment.

The Mexican airline said on Thursday that a third party would make an offer for its stock, valuing its shares at a fraction of their previous price. After Thursday’s announcement, shares in the airline plummeted 75.6% to 0.90 peso, a historic low.

On Friday, the shares nosedived 27% to 1.27 pesos after reopening following the market statement.


After the trading suspension, shares in one of Aeromexico’s main domestic competitors, budget airline Volaris, rose some 5.5% to 36.13 pesos apiece. 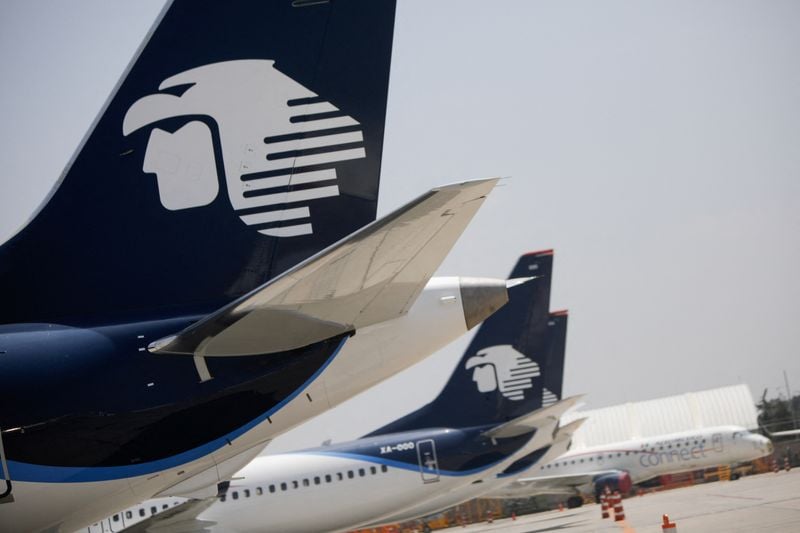