By Fergal Smith and Steve Scherer

– With inflation surging, the Bank of Canada is likely to change its interest rate guidance in the new year so that it has the option to raise borrowing costs earlier than planned despite the threat the Omicron variant poses to growth, analysts said.

Last week when it left the key overnight rate at 0.25% – where it has been since March 2020 – the bank reiterated its guidance, saying it would not raise rates until economic slack has been absorbed “in the middle quarters of 2022”.

But it has turned hawkish since then, warning that inflation will run hot for longer than expected, and Governor Tiff Macklem said the slack in Canada’s economy caused by the coronavirus pandemic has substantially diminished.

“Even if the Bank of Canada wants to be a little bit cautious in front of a potential winter set of shutdowns…, if they think inflation expectations are starting to become unanchored, that will be their primary concern,” Andrew Kelvin, chief Canada strategist at TD Securities.

“Certainly in January they will want to give themselves the option of March,” he added.

The bank will next meet to decide rates on Jan. 26, when it will also update its forecasts. Money markets expect about four rate hikes next year, with the first one coming in March. They see about a 40% chance of a January move.

“January will be a declaration that every meeting is now a live meeting” for a rate increase, said Adam Button, chief currency analyst at ForexLive.

Related:  Tennessee Gets Ready for Boozy Brunching at Its First Toasted Yolk Cafe

While the spread of Omicron could undermine growth, it could also reduce slack in the economy more quickly by dialing back the speed at which the economy can grow, analysts said.

“I don’t think (the bank) will change course on Omicron because they’ll see that as inflationary” because it could disrupt supply chains even further, Button said.

November inflation hit nearly 5% and is starting to pinch. On Wednesday, Macklem said the bank is getting closer to no longer providing forward guidance that guaranteed low interest rates during the pandemic, which was seen as a signal by some analysts that it would be dropped in January.

A shift in guidance in January would probably mean the Bank of Canada would start raising rates ahead of the U.S. Federal Reserve, which on Wednesday said it would speed up a phase-out of its bond-buying stimulus ahead of possibly three interest rate rises in 2022. Lift-off by the Fed is expected by money markets in June.

The Bank of England on Thursday became the world’s first major central bank to raise borrowing costs since the coronavirus pandemic hammered the global economy.

A bevy of Canadian economic data, including December jobs and inflation, will set the tone for January meeting. While most economists are skeptical about an increase as early as January, it is not impossible, said Doug Porter, chief economist at BMO Capital Markets.

“Never say never. I definitely can’t rule it out,” Porter said. “We’ll have lots of data by then,” he said, adding that the figures would have to all point in “one direction” and create a sense of urgency for the bank to move so quickly.

(Reporting by Fergal Smith in Toronto and Steve Scherer in Ottawa; Editing by Lisa Shumaker) 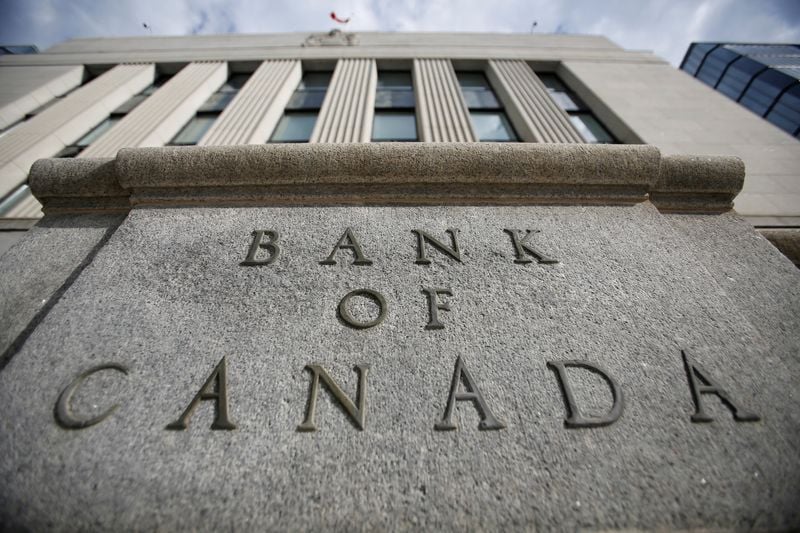