By Josh Smith and Sunghyuk An

SEOUL – In the 10 years since Kim Jong Un came to power, North Korea has cracked down on people trying to get out of the country, leaving many defectors without hope of seeing their families and homeland again.

Even before the coronavirus pandemic slowed the number of defectors to a trickle, Kim oversaw increased controls and pressed China to tighten measures on its side of the border as well.

Only two North Korean defectors entered South Korea from April to June this year, the fewest ever in a single quarter, according to the South Korea’s unification ministry, which handles relations with the North. Activists say several hundred might arrive in a typical quarter.

“He has unconditionally blocked all North Koreans defecting from the country,” said Ha Jin-woo, who worked as a “broker” in North Korea to help defectors leave, before fleeing himself in 2013.

Among those who sought a new life in South Korea after Kim became leader in 2011 upon the death of his father, Kim Jong Il, some say the new leader did little to improve their lives.

“People say living is too difficult these days because the government is taking more and more things from people, and there are more people dying from starvation,” Ha said.

But Kim has introduced some changes.

According to a report issued by the unification ministry on Thursday, Kim has allowed the private sector to overtake state-led agents to become North Korea’s biggest economic actor over the past decade.

Changes in style – such as Kim showing apparent emotion last year during a speech about people’s hardships – have not translated into systemic reforms, and Kim has overseen crackdowns in other areas, such as on foreign media.

“(Under Kim Jong Un) I felt more discipline at school,” said Park, a 23-year-old defector who left North Korea in 2014 and asked to be identified only by his last name.

“For example, the school cracked down more on school uniforms and hair. They more strictly prohibited South Korean movies or music.”

At least seven people have been put to death under Kim for watching or distributing K-pop videos, according to a report by a Seoul-based human rights group on Wednesday.

North Korea has not released the text of its new “anti-reactionary thought law” but according to the Daily NK, a Seoul-based website that reports from sources in the North, it includes long prison sentences or even death for people caught importing or distributing foreign content, depending on how severe.

State media have said that North Korea would “crumble” if such foreign influence is allowed to proliferate.

“There are real fears that these strict measures will far outlast the pandemic,” said Sokeel Park, of Liberty in North Korea, which supports defectors.


U.S.-based Human Rights Watch (HRW) said its interviews with North Koreans who left after 2014, or still have contacts there, suggest that while Kim opened up the economy, illegal border crossings became almost impossible, corrupt practices were normalized, and government demands for unpaid labour rose.

“Just like those of his father and grandfather, Kim Jong Un’s rule is based on brutality, fear, and repression, instigating systematic rights violations, economic hardship, and possible famine,” HRW senior Korea researcher Lina Yoon said in a statement.

North Korea does not answer questions from foreign reporters but has denied accusations from rights investigators, the United Nations and others who have criticised both the humanitarian situation and rights abuses.

Kim’s empathetic style of showing emotion strongly resonates with North Koreans who have been taught to revere their leaders as gods, said Han Ji-yeon, 30, a defector who arrived in South Korea in 2015 and now runs a YouTube channel.

“(But) if the result is always the same, I wonder if North Koreans won’t believe it at some point … even those tears will not be effective,” she said. 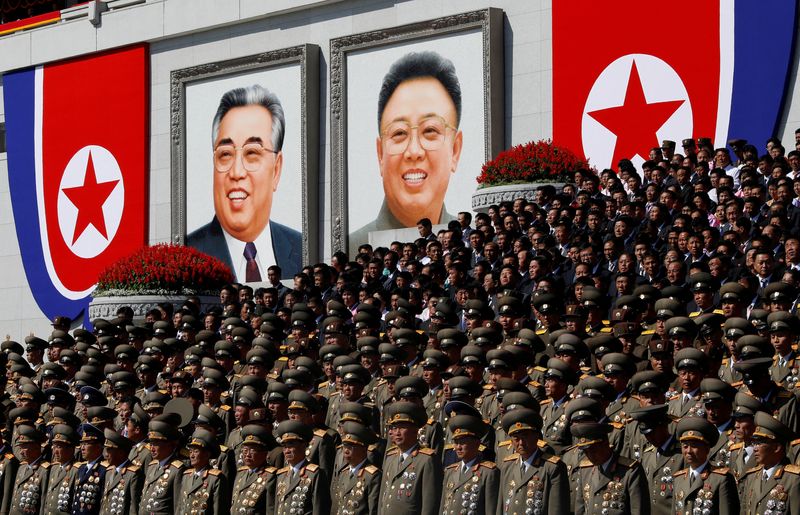