By Joseph Ax and Barbara Goldberg

-Two years into the coronavirus pandemic, the United States is confronting another dark winter, with the red-hot Omicron variant threatening to worsen an already dangerous surge of cases.

Hospitalizations for COVID-19 have jumped 45% over the last month, and confirmed cases have increased 40% to a weeklong average of 123,000 new U.S. infections a day, according to a Reuters tally.

Pfizer Inc, one of the chief vaccine makers, on Friday predicted the pandemic would last until 2024 and said a lower-dose version of its vaccine for children ages 2 to 4 generated a weaker-than-expected immune response, which could delay authorization.

The National Hockey League added another game to its recent list of postponements, heightening doubts about the league’s plan to send the world’s top players to the Beijing Olympics in February.

In New York City, Radio City Music Hall announced it has canceled all remaining dates of the Rockettes’ annual Christmas Spectacular “due to increasing challenges from the pandemic,” after staging more than 100 shows over the past seven weeks.

The Michael Jackson musical “MJ” on Broadway canceled performances through Dec. 27, joining other Broadway productions that have called off shows after cast and crew members tested positive.

The Omicron variant appears to be far more transmissible than previous iterations of the virus, and more agile in evading immune defenses, according to early studies.

Public health officials say it is likely to become the dominant variant in the country, following fast-moving spreads in countries such as South Africa and the United Kingdom, and could strain hospitals still struggling to contain this summer’s Delta variant surge.

“GET BOOSTED NOW. Tidal wave of Omicron likely coming to a hospital near you soon,” Dr. Tom Frieden, former chief of the Centers for Disease Control and Prevention (CDC), posted on Twitter.

Preliminary data in South Africa suggests Omicron leads to milder illness than the Delta variant, which is still driving much of the current wave of infections. But a British study released on Friday found no difference in severity between the two variants.

Either way, Omicron’s extraordinary level of infectiousness means it could cause many additional deaths, the top U.S. infectious disease expert, Dr. Anthony Fauci, said on Friday.

“When you have a larger number of people getting infected, the total amount of hospitalizations is going to be more. That’s just simple math,” Fauci told CNBC.

Fauci also said officials are discussing whether to redefine what it means to be “fully vaccinated” to include booster shots.

The latest surge is creating yet another round of disruptions to daily life, though widespread lockdowns of workplaces and social gatherings have not been put in place.

Some Americans have reconsidered holiday plans. Winifred Donoghue, a New York City advertising writer, canceled a Jan. 8 disco party at her family’s vacation home in Highland Lakes, New Jersey, that was intended to be a joint celebration of her 60th birthday and the new year.

“Two weeks ago, everyone was boosted. Then the infections went up exponentially,” she said. “By January, who is going to feel safe? I just pulled the plug on it.”

Eric Hrubant, the chief executive of CIRE Travel, said he hadn’t yet seen a wave of cancellations, as he did in August when the Delta variant swept the country. But worried clients have inundated the agency with calls about new COVID-19 protocols, such as mandatory travel quarantines.

Several states have hit alarming levels of cases and hospitalizations. The U.S. states reporting the highest seven-day average of infections were New York, Ohio, Pennsylvania, Illinois and Michigan, according to a Reuters tally.

In Ohio, exhausted hospital workers will be getting some help starting on Monday from 1,050 National Guard troops – including 150 nurses, emergency medical technicians and others with medical training, Governor Mike DeWine said on Friday.

The CDC released a new “test-to-stay” strategy on Friday that allows unvaccinated children to remain in school even if they are exposed to the virus.

The protocol is intended to replace automatic quarantines, which have required tens of thousands of students to miss school days this fall. 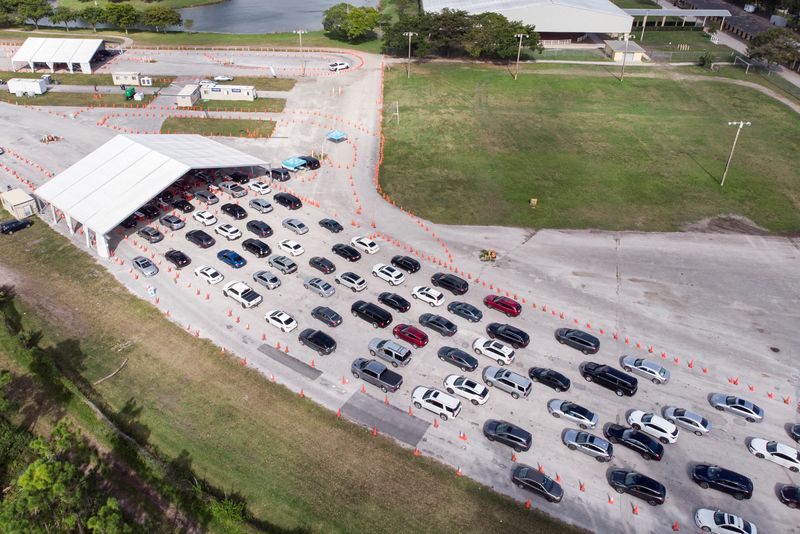 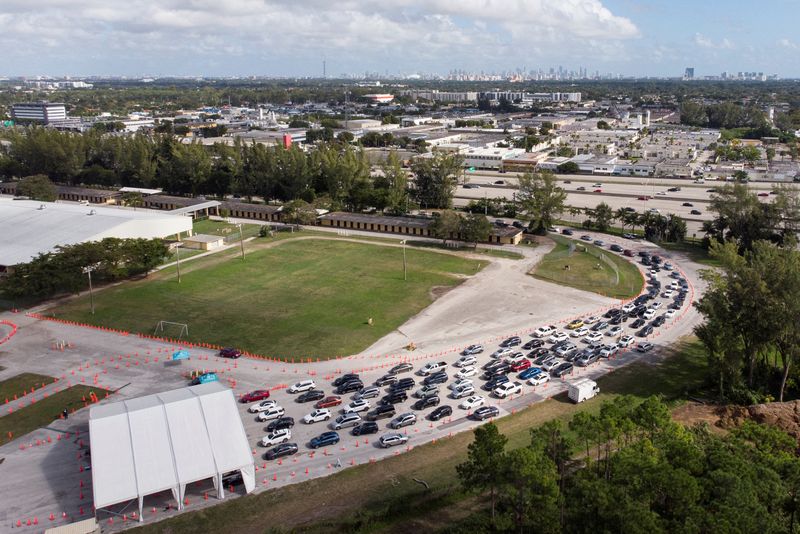 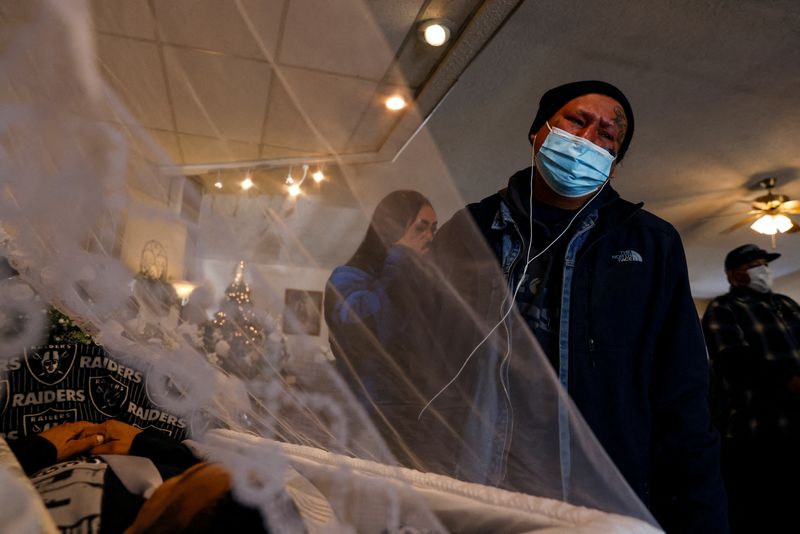 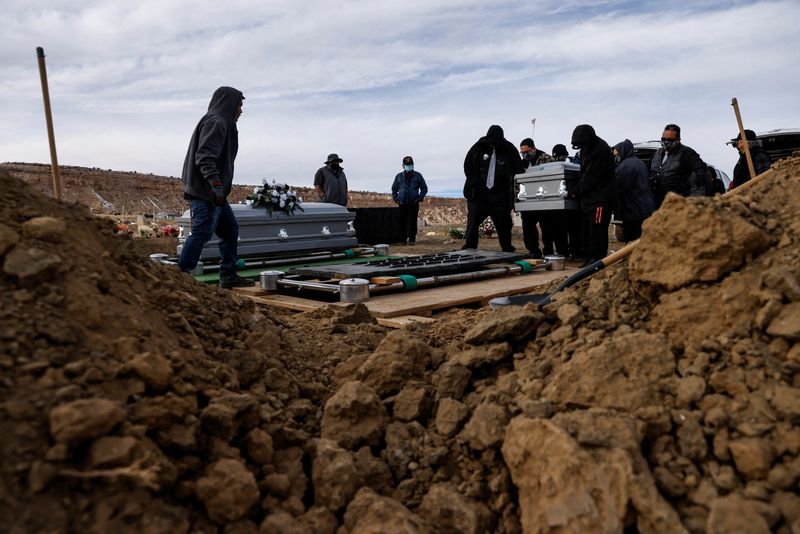 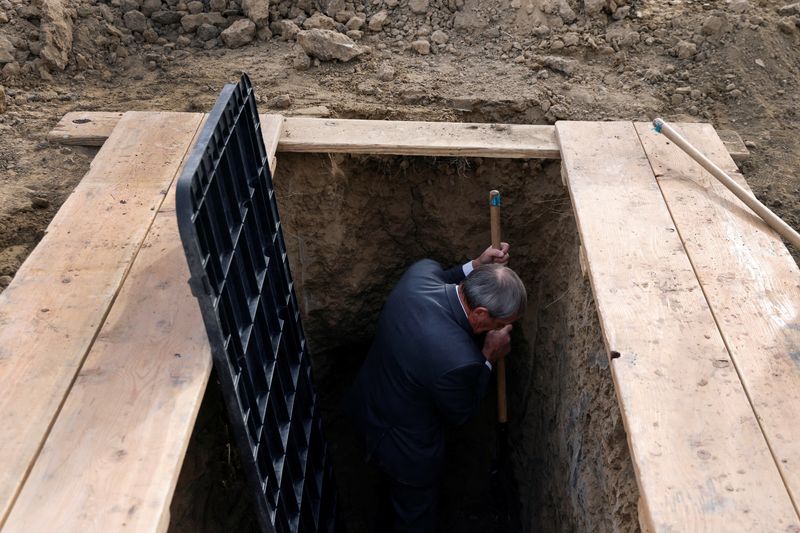