By Stefanie Eschenbacher and Gary McWilliams

Royal Dutch Shell in May agreed to sell its majority stake in the 302,800 barrel per day (bpd) Deer Park refinery outside Houston to Pemex, its long-time partner in the plant, for about $596 million.

The lawsuit, filed in a U.S. District Court in Houston last week, alleges a sale would lead to “substantially less competition” in gasoline and “significantly increase” the plaintiffs’ energy costs. They asked the court to block the sale permanently or force Pemex to divest its holdings.

The deal has been delayed by an ongoing review by the Committee on Foreign Investment in the United States (CFIUS), a national security group that can block or set restrictions on foreign purchases of U.S. businesses. The CFIUS launched a second 45-day review that halted Pemex’s plans to complete the sale this year.

Spokespeople for Shell, the CFIUS and U.S. Treasury Department declined to comment.

Mexican President Andres Manuel Lopez Obrador has said the deal would move Mexico closer to energy self-sufficiency. He has promised to replace fuel imports by producing more domestically. Mexico this year imported about 60% of its motor fuel needs.

Lopez Obrador has complained that the 28-year-old joint venture https://www.reuters.com/business/energy/shell-sell-interest-deer-park-refinery-partner-pemex-2021-05-24 with Shell had not been good for Mexico as dividends have been not been repatriated.

Aaron Hagele and Andrew Sarcinella, owners of a Mt. Vernon, N.Y., coin-operated laundromat who filed the lawsuit, said their business would suffer “an incalculable but evident” effect if more of Deer Park’s output is exported.

Mark Lavery, an attorney for the pair, told Reuters Deer Park provides up to 2.5% of U.S. gasoline use and higher exports would reduce competition and lead to increased prices.

“This is a critical time right now in the gasoline market in the United States,” he said, echoing criticism of high prices by U.S. President Joe Biden.

(Reporting by Stefanie Eschenbacher and Adriana Barrera in Mexico City and Gary McWilliams in Houston; Additional reporting by Echo Wang and Drazen Jorgic;Editing by Mark Potter and Dan Grebler) 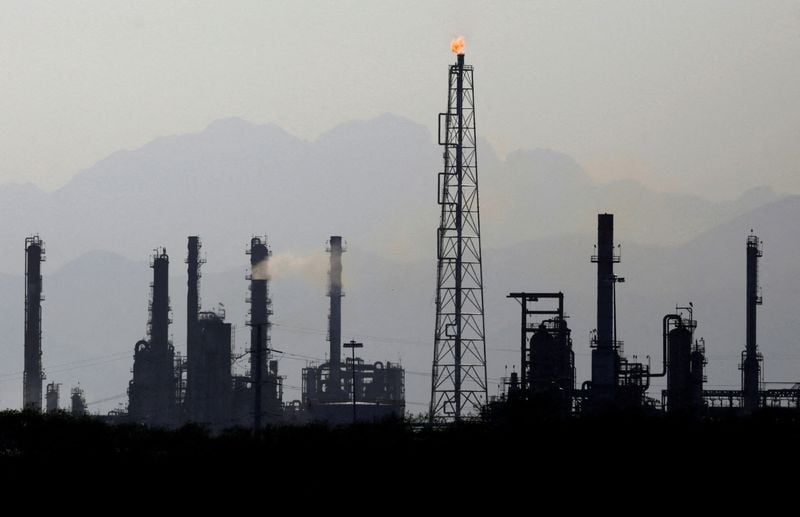