The House of Representatives Select Committee on Jan. 6 asked Jordan, a Republican, to disclose conversations he had with the former president on the day that Trump’s supporters attacked the Capitol, trying to stop Congress from formally certifying Democrat Joe Biden’s presidential election victory.

Jordan’s office did not immediately respond to a request for comment.

The Select Committee is trying to establish who communicated with Trump while thousands of his supporters attacked police, smashing windows and sending members of Congress and then-Vice President Mike Pence running for their lives.

“Despite the urgent requests that the President speak and instruct the rioters to leave, President Trump did not make such a statement for multiple hours,” said Representative Bennie Thompson, the committee’s chairman, in the letter making the request.

The request comes two days after a similar one to Republican Representative Scott Perry.

Perry said on Tuesday he would not respond to the queries, and a committee spokesman suggested it would consider issuing a subpoena.

Multiple people close to Trump, including conservative media hosts, urged him during the riot to make a televised speech telling his supporters to stop the attack. Trump waited hours before releasing a prerecorded message.

House Republicans earlier this year nominated Jordan to sit on the committee probing the riot, but House Speaker Nancy Pelosi rejected the choice, citing his support of Trump’s false claims of election fraud.

The committee has issued more than 50 subpoenas and heard from more than 300 witnesses in its investigation of the attack. 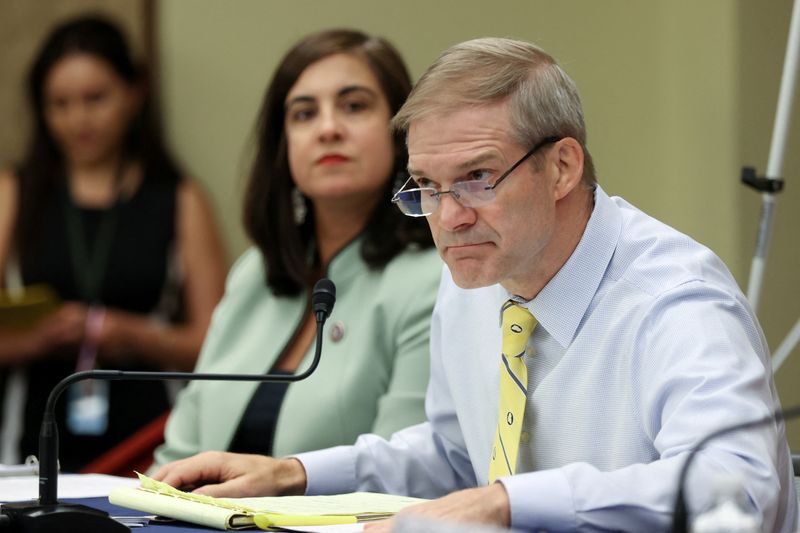 Driver charged in serious hit and run in Brooklyn