(This December 21 story corrects dates and timeline in paragraph 12)

LONDON – Palladium is set for one last rally next year as a revival in the auto sector boosts demand for the metal used in engine exhausts, before the rise of electric vehicles that don’t use the metal sends prices into long-term decline.

But prices have tumbled to around $1,800 after a semiconductor chip shortage forced auto makers to cut output, pushing the roughly 10-million-ounce a year market to its first annual surplus in a decade, according to consultants Metals Focus.

Garvey said auto output could surge 15% in 2022 as the chip shortage eases, pushing the palladium market to a roughly 500,000-ounce deficit and prices back towards $2,500 or even higher.

When it comes, the rally could be rapid, said Citi analyst Max Layton, as speculators rush to abandon their biggest net short position on the Nymex exchange since at least 1995, equivalent to almost 400,000 ounces of palladium.

“Whatever price you see over the next 12-24 months, we will have seen the high of the cycle,” Layton said. “Palladium is the antithesis of battery materials. It likely has sequential demand declines from 2024 as far as the eye can see.”

The auto industry currently consumes around 85% of the world’s palladium supply.

Falling production of combustion engines and recycling of old vehicles mean that by 2040 – probably earlier – autos will give more palladium back to the market than they take from it, said StoneX analyst Rhona O’Connell.

Six percent of vehicles produced in 2021 will be purely battery powered, rising to 16% over the next five years, said Wilma Swarts at Metals Focus, who predicts palladium prices will ease slowly rather than collapse.

Also eroding demand is rising substitution by auto makers of palladium for platinum, which can clean emissions and, at around $950 an ounce, is cheaper. 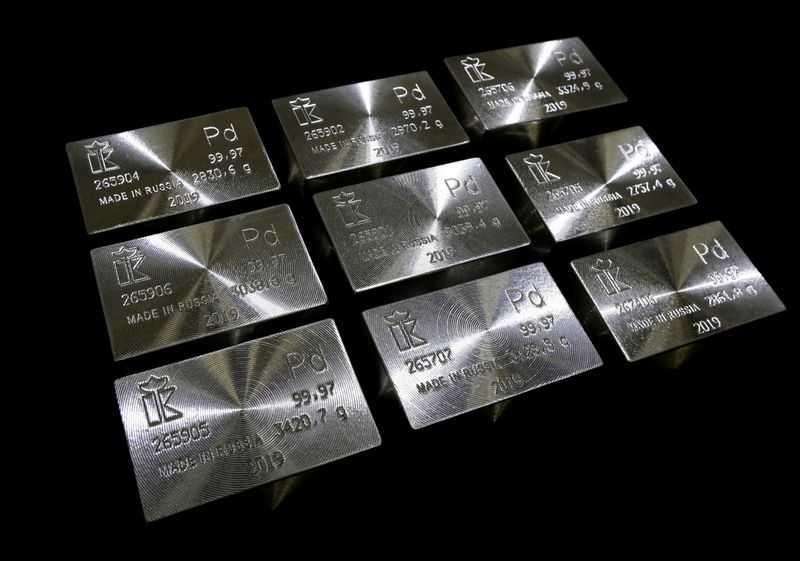