By Birsen Altayli and Orhan Coskun

ISTANBUL – Turkey’s President Tayyip Erdogan has effectively opened the door to early elections, political analysts said, after two big recent announcements – a 50% rise in the minimum wage and a deposit-protection scheme that arrested a currency crash.

The announcements came within five days of each other as a grinding currency crisis hit a peak on Dec. 20 when the lira tanked to a record low of 18.4 to the dollar, deeply rattling the economy and households.

Erdogan and senior officials from his ruling AK Party (AKP) have repeatedly dismissed the idea of presidential and parliamentary elections being held before schedule in mid-2023.

But the 2022 wage relief and the sharp turnaround in the lira – rallying to 12 per dollar – suggest Erdogan may want to act soon, after a long slide in his opinion poll ratings.

Analysts said his announcements echo past pre-election gambits to prove his leadership credentials. A snap poll could wrongfoot the opposition coalition, which has not yet agreed on a presidential candidate.

“The decisions have … given the impression that the AK Party and Erdogan are excellent managers of the economy,” said Mehmet Ali Kulat, chairman of MAK Consulting.

“For Erdogan, a ‘last minute’ success story emerges before every election,” he said. “We see that this process will be presented as a political leader who beat the dollar and disrupted the game of foreign powers.”

However, the message’s effectiveness will depend on the direction of the lira and inflation, and their impact on Turks who have seen their spending power slashed.

To boost the lira, Erdogan announced a scheme in which the state protects converted lira deposits against future depreciation losses versus hard currencies.

With the help of state-backed market interventions, the move halted a currency slide brought on by Erdogan’s own unorthodox policy of slashing interest rates despite inflation seen hitting 30% this month.

Yet the scheme risks further driving up prices and the fiscal debt in the months ahead, economists say.

“To stop the bleeding, he practically indexed the value of bank accounts in domestic currency to the dollar,” he said. “These are all aimed at creating positive momentum before he calls early elections.”

Years of double-digit inflation and depreciation have eaten into Turks’ earnings, lifting Erdogan’s disapproval rating to levels last hit in 2015, according to a MetroPoll survey conducted this month.

Other polls show he would lose in a runoff against some likely opposition candidates.

“The idea that Erdogan ‘the chief’ can solve this problem will become widespread,” he said. “I call the election imminent. Three months later we will see the valuation of money that people get will become meaningless. If Erdogan waits a year for the election, he could lose.”

Erdogan has dismissed the idea of early polls, which opposition leaders want so they can reverse his “new economic programme” focused on exports, credit and low rates.

“The election is not on the agenda. It is planned for 2023,” an AKP official told Reuters, noting that morale rose in the party and Turkey over the last week. “There will be new steps that will relieve other segments of society.”

Another senior AKP official said the long-term effects of the steps would boost its support.

“The panic atmosphere in the country has gone. Now we will calmly continue to take the right steps,” the official said. 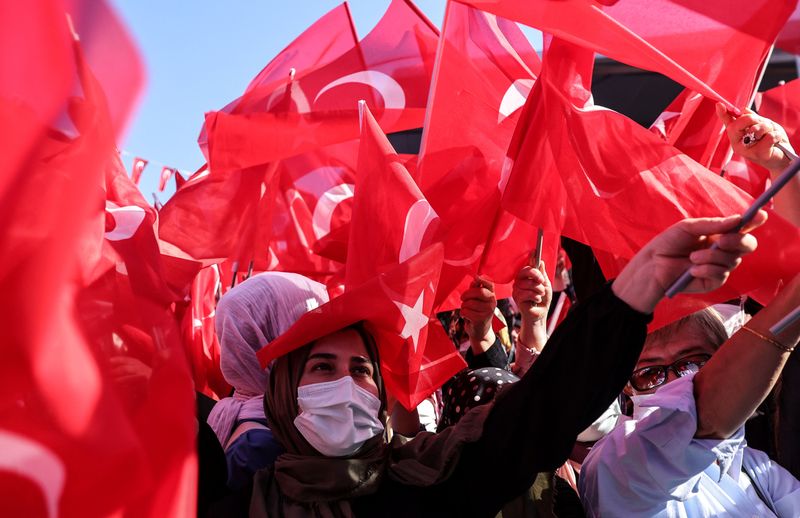 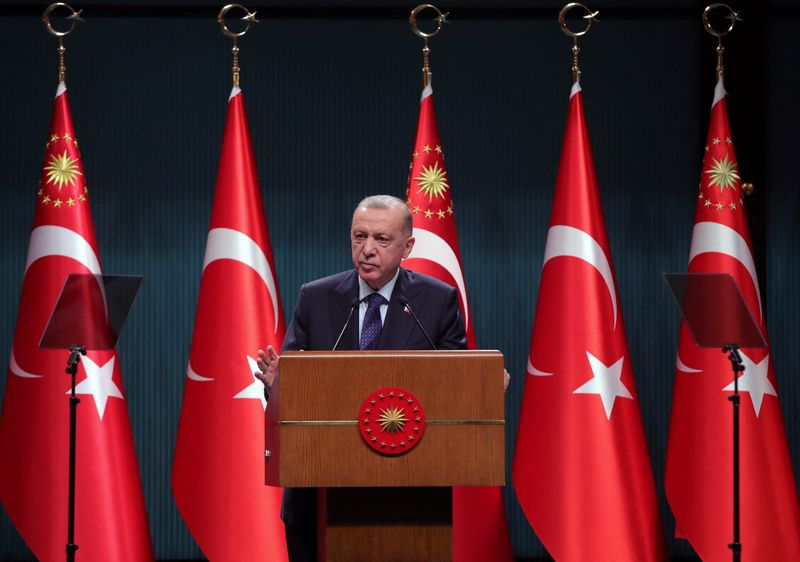 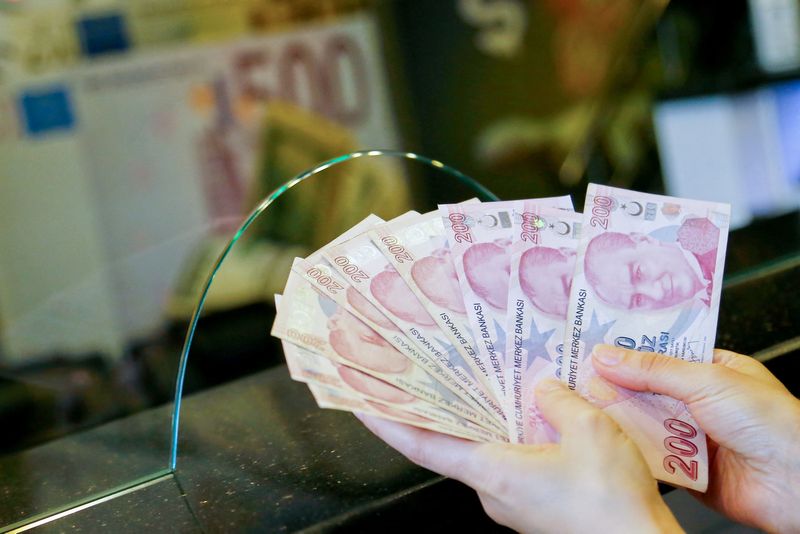