– Catastrophe modeling firm Karen Clark & Company (KCC) said on Wednesday it expects insured losses of about $1 billion from the rare winter wildfire that roared through two towns in Boulder County, Colorado, and destroyed a 1,000 homes.

In Colorado, the wildfire season does not typically extend into the winter thanks to snow cover and cold temperatures, but the Marshall Fire is part of a general trend of longer fire seasons and drier kindling in the Western U.S. as global temperatures rise, KCC said.

“The Marshall Fire became the most destructive fire in Colorado’s history partially due to its location in the wildland-urban interface — the region where unmanaged (or natural) vegetation meets urban expansion,” Jeff Amthor, assistant vice president of research at risk modelling firm AIR, said.

There are 1,725 homes within the Marshall burn area, with a total value of $825 million, AIR said, citing local officials.

The Marshall fire burned about 6,000 acres, with nearly 1,000 structures destroyed and over 100 damaged as of Tuesday, KCC said. It follows the Pine Gulch Fire in 2020, Colorado’s largest.

In 2018, the Colorado State Forest Service reported data indicating nearly half of the state’s population now lives in areas at risk from wildfires, an almost 50% jump in just five years, Amthor said.


Climate change has been driving more so-called “secondary peril” weather events that are smaller than hurricanes, for instance, but less predictable. Other secondary perils include small- to mid-size localized events like wildfires, winter storms and hail storms.

“We do see this (Marshall Fire) as part of a broader trend of more acute, ‘secondary’ perils,” said David Flandro, head of analytics at broker Howden.

These events create risk management challenges for insurers and ultimately inflate premiums, according to insurance experts. 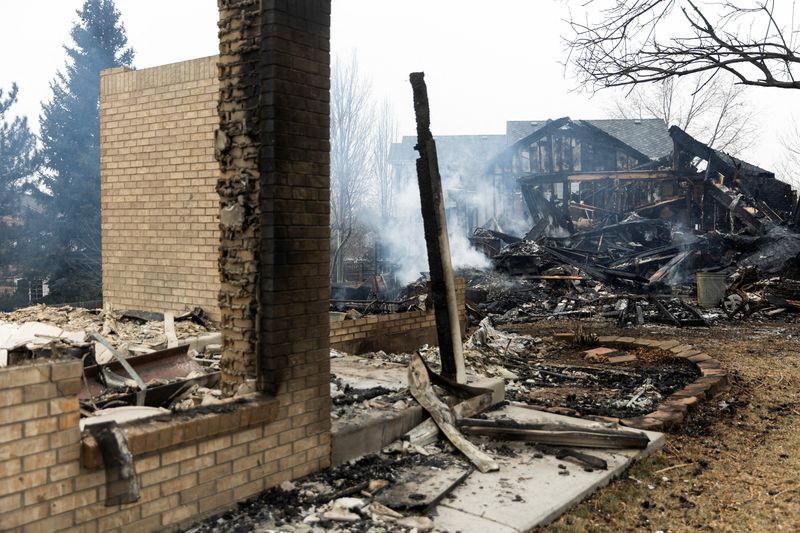 What are all those loud booms this week in Central Jersey?