WASHINGTON -Republican Representative Matt Gaetz’s former girlfriend testified before a federal grand jury on Wednesday amid an ongoing probe into whether the lawmaker trafficked a minor for sex, U.S. media outlets reported.

NBC News said the girlfriend, whose name was withheld, and her lawyer were seen entering a federal courthouse in Orlando, Florida, but that the lawyer, Tim Jansen, declined to comment.

CNN also reported that the woman, a former congressional staffer, entered the courthouse where people familiar with the case said the grand jury has been meeting.

Representatives for the Department of Justice did not respond to a request for comment on the report.

Gaetz has not been charged with any crimes and has repeatedly denied wrongdoing.

“We have seen no credible basis for a charge against Congressman Gaetz. We remain steadfast in our commitment to challenge any allegations with the facts and law,” one of his lawyers, Isabelle Kirshner, told Reuters in a statement.

Wednesday’s move could represent a significant development in the more than yearlong sex crimes investigation involving the Florida congressman that has roiled state politics.

Gaetz is being investigated for three crimes: sex trafficking of a 17-year-old; violating a federal law that prohibits moving women across state lines for prostitution; and obstructing justice, NBC reported, citing unnamed legal sources familiar with the case.

Last year, a former Florida official central to the U.S. probe agreed to cooperate https://www.reuters.com/world/us/friend-embattled-us-rep-matt-gaetz-plead-guilty-sex-trafficking-2021-05-17 with prosecutors and pleaded guilty to six charges, including sex trafficking of a minor. A lawyer for Joel Greenberg, a former tax collector in Florida’s Seminole County, at the time suggested his client would implicate Gaetz.

Gaetz, currently serving his third two-year term in the U.S. House of Representatives, is one of Donald Trump’s staunchest defenders in Congress, with the former president praising him at a Florida rally https://www.reuters.com/world/us/trump-hosts-campaign-style-rally-florida-he-aims-retain-republican-spotlight-2021-07-03 last summer as a warrior fighting on his behalf. 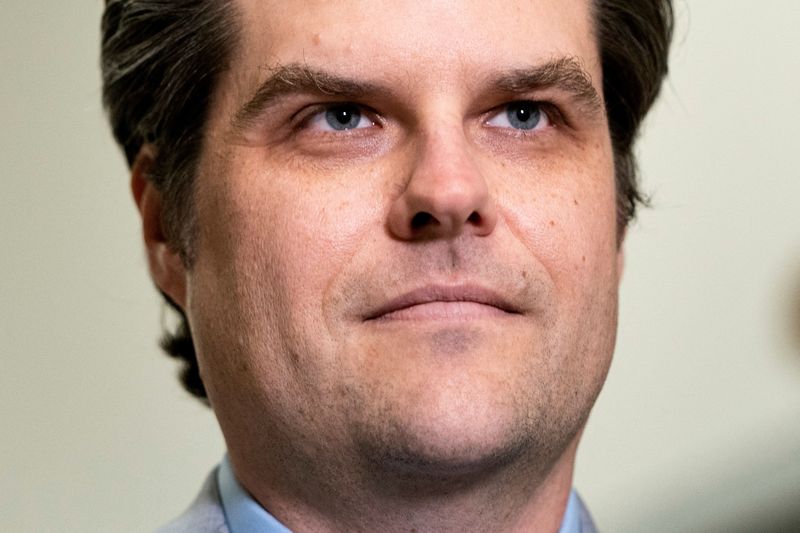