By Andrea Shalal and Ann Saphir

WASHINGTON (Reuters) – U.S. President Joe Biden on Friday nominated former Federal Reserve Governor Sarah Bloom Raskin for the Fed’s key regulatory post and economists Lisa Cook and Philip Jefferson to serve on its board in what would represent a landmark demographic overhaul of the world’s most powerful central bank.

The appointments – which appear likely to face some opposition from Republicans in the Senate – would fill out the ranks of a seven-member panel that wields tremendous influence over the world’s largest economy, and would make the Fed’s top leadership the most diverse by race and gender in its 108-year history. Both Cook and Jefferson are Black.

Biden’s picks for the Fed followed his decision to nominate Jerome Powell for a second term as head of the central bank and elevate Governor Lael Brainard to the vice chair position and presents him an opportunity to leave a lasting imprint on a body that sets economic policies – particularly about interest rates – that reverberate worldwide.

The appointments were announced as Biden’s own plans for a post-pandemic economy have run into an unexpected spike in inflation and partisan squabbling in Congress – a factor that may also come into play during the nominees’ confirmation process.

“This group will bring much needed expertise, judgment and leadership to the Federal Reserve while at the same time bringing a diversity of thought and perspective never seen before on the Board of Governors,” Biden said in a statement. “They will continue the important work of steering us on a path to a strong, sustainable recovery, while making sure that price increases do not become entrenched over the long term.”

The nominations drew immediate fire from the top Republican on the Senate Banking Committee, signaling a potentially rocky, and partisan, confirmation process in a legislative body that Democrats control only by virtue of Vice President Kamala Harris’ dual role as president of the Senate.

“I have serious concerns” about Raskin, Senator Pat Toomey of Pennsylvania said in a statement, adding that he believes she would try to keep banks from lending to oil and gas companies and otherwise stray from the two congressional mandates that steer the Fed’s core mission – maximum employment and price stability.

Toomey and other Republicans repeatedly queried Brainard about her support for climate risk research during her confirmation hearing on Thursday. Regarding Cook and Jefferson, Toomey said he will “closely examine” whether they have “the necessary experience, judgment, and policy views to serve as Fed Governors.”

Senate Democrats, though, signaled support, with Elizabeth Warren of Massachusetts, who has long pushed for stronger bank oversight, calling Raskin “a tough and thoughtful financial regulator with decades of experience at both the state and federal levels.” (Graphic: Race and gender diversity of Fed’s Board of Governors, https://graphics.reuters.com/USA-FED/NOMINEES/zdpxoqjmmvx/usa-fed-nominees.jpg)

Cook, a professor of economics and international relations at Michigan State University, would be the first Black woman to serve as a Fed governor. Jefferson, a professor and senior administrator at Davidson College in North Carolina, would be only the fourth Black man to sit on the panel and the first in more than 15 years.

Biden’s picks would mean the seven-member Board of Governors would include four women, also a first. Currently, the Fed’s board has only five members, all white, although that tally will fall to four – two men and two women – after Vice Chair Richard Clarida leaves the board on Friday as previously announced.

“It’s clearly a changing of the guard,” said Larry Katz, a professor at Harvard University. This is a “path-breaking new set of nominees who will bring important perspectives and representation to the board.”

The effort to make the Fed look more like America comes at a critical time. Inflation is at its highest level in decades. Unemployment is down, but U.S. employers have 3.6 million fewer workers on their payrolls than they did before the coronavirus pandemic.

The Fed is debating how fast and how far to raise interest rates and otherwise tighten monetary policy to rein in inflation without short-circuiting the labor market, a process that could be underway before Raskin, Cook and Jefferson win confirmation.

Its current leadership has already signaled readiness to start raising rates as early as March, dialing back from an ultra-accommodative footing that could test financial markets and influence the pace of recovery during an election year in which control of Congress is on the line.

Leading the pivot is Powell, who told the Senate Banking Committee on Tuesday during his nomination hearing that the economy no longer requires the extensive support in place since the onset of the pandemic, a view now shared widely by Fed officials.

Analysts don’t expect any of the newcomers – should they be confirmed – to lean against that view, at least initially.

“Inflation is so high and political pressures on the Fed are so strong (including from Democrats), that we doubt they will push hard against the will of the (policy-setting) committee,” Cornerstone Macro economist Roberto Perli wrote. “Because all of (the nominees) have expressed views in favor of broader expansion of the labor market, however, we can expect them to resist substantial tightening in the future.”

Raskin, who spent four years as a Fed governor before being tapped as a deputy Treasury secretary from 2014 to 2017, is expected to bring tougher oversight to bear on Wall Street than the Fed’s previous vice chair of supervision, Randal Quarles, who left the Fed at the end of last year.

Cook has written extensively about the economic consequences of racial disparities and gender inequality, and growing up lived through the violence of school desegregation in the U.S. South. Jefferson, who had a stint as a Fed researcher early in his career, has written extensively on wages, poverty and income distribution, although he has not published recently.

Kevin Hassett, who chaired the Council of Economic Advisers under former President Donald Trump, said Jefferson was an “incredibly smart economist” and serious academic who should be confirmed by the Senate quickly.

“He’s the kind of honorable, serious person the Federal Reserve should have.” 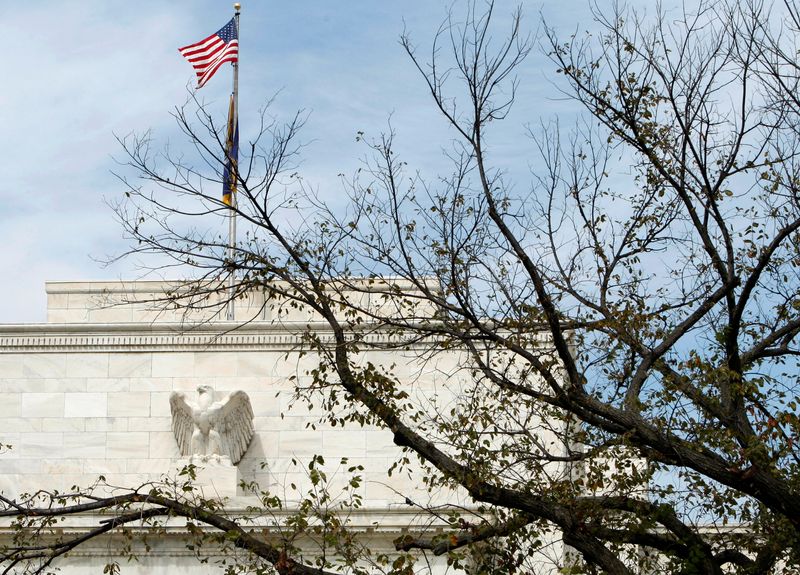