By Sharon Bernstein and Joseph Ax

SACRAMENTO, Calif. (Reuters) – Jennifer Pierre speaks for millions of American parents when she sums up how it feels to navigate a patchwork of school COVID-19 policies as the pandemic enters a third year.

“It’s so exhausting,” the Sacramento, California, mother said this week.

She is happy to see her 13-year-old daughter and 10-year-old son back in their classrooms after the long months of remote learning that hindered their social development. But even with her school district’s strict safety protocols, she worries about whether the surging Omicron variant will lead to further closures and on what grounds those will be decided.

“Instead of 2020, where it was stay home, wash your hands, don’t touch anybody, now it’s more complicated,” said Pierre, 40. “The rules aren’t clear.”

Across the United States, schools are following protocols that vary from state to state and even city to city. Some districts require masks and regular testing, but others do not. Many are staying open for in-person learning, while some are shutting down, at times with little notice. Some allow students exposed to COVID to stay in school, while others send them home for anywhere from five to 14 days.

There were almost 5,000 schools nationwide that were closed or remote one or more days this week due to COVID-19, according to Burbio, a website that tracks school disruptions.

The confusing situation has left many parents frustrated and angry – and sometimes feeling like they have been left on their own to decide whether it is safe to send their kids to school.

In New Jersey, Kristen Verrier, 46, is managing two children whose school abruptly switched to remote learning for two weeks, another who is attending class in person and a college-age daughter who decided to take a year off as the pandemic wreaks havoc on yet another term.

As president of the parent-teacher organization for the River Dell Regional school district, Verrier said she also is fielding questions from other parents facing the myriad daily judgment calls that have become part of pandemic life.

“What should we be doing?” she said they ask, as they grapple with things like whether to send a student to attend a sports practice even if school is shut down.

Yelena Wheeler has yet to send her kids ages 5 and 8 to class in Burbank, California, two weeks after their winter break ended.

The ever-changing safety rules and lack of strict testing protocols in their district convinced the hospital dietician and her husband, an emergency room nurse, that it would be wiser to try to teach their children at home.

“The virus is rampant, and I just would not want to participate in this chicken pox party,” she said.

Taylor Calderone was all set to send her 8-year-old daughter and 6-year-old son back to school in River Edge, New Jersey, after the holiday break for the first time since the pandemic started. But on the evening of Jan. 2, just hours before they were planning to wake up and head to class, she changed her mind.

The unknowns of the Omicron variant and her fears about “long COVID,” a constellation of symptoms that some patients have reported experiencing for weeks or months after recovering from the primary infection, prompted the change of heart. After nearly two years of home schooling, she also knew her family could handle it, even if it isn’t ideal.

“What we all want for our kids right now is their childhood back,” said Calderone, 37, a stay-at-home mom. “It’s so hard to provide them with a sense of security and comfort – and then when we make these predictions and they turn out not to be true. Navigating that space has been really difficult.”

Other parents have been forced to scramble as worries about Omicron’s spread led a number of districts to abruptly announce days off and teachers in Chicago, Oakland and Louisiana to stage walkouts to protest what they say are unsafe conditions.

When the Los Angeles school board voted just days before the start of school to require a baseline COVID-19 test for everyone, a massive communications effort was launched to make sure parents knew about it, including social media posts, local news appearances and emails to parents, said Frances Baez, an area superintendent.

But even with the nation’s second-largest school district having some of the country’s strongest protections for teachers and students, more disruptions are to be expected as the pandemic drags on, said Cecily Myart-Cruz, president of United Teachers Los Angeles.

“No one has a playbook for this moment,” she said.

Los Angeles parent Eve Tronson is sending her kids to their kindergarten and middle school classes but trying to reduce risk in other areas of their lives. They upgraded their masks, avoid indoor dining in restaurants and limit play dates.

“They need social interaction and some continuity,” said Tronson. “I pray that we get through it.” 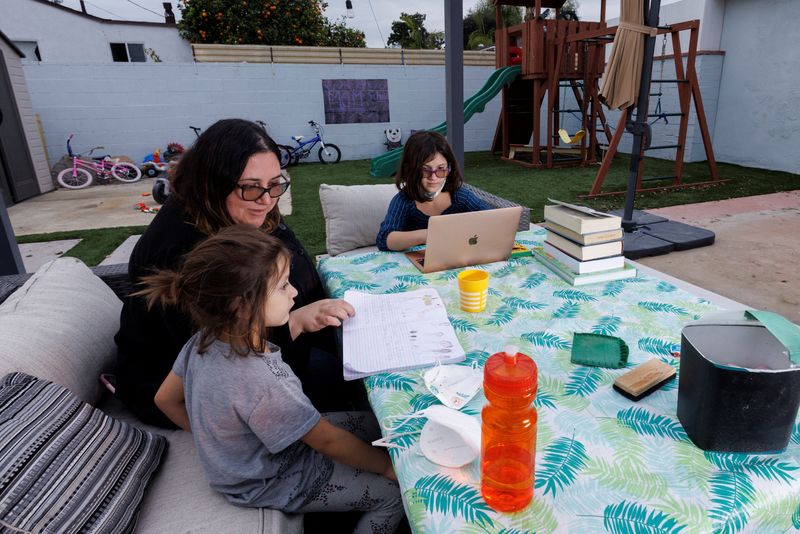 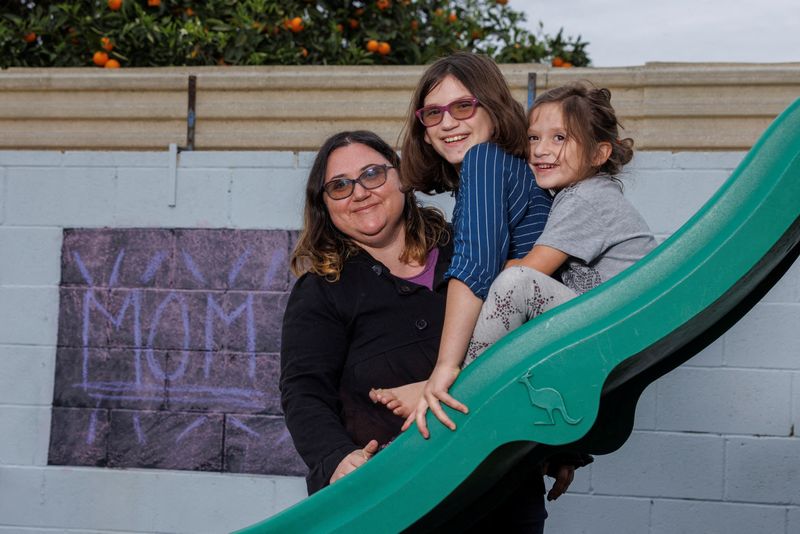 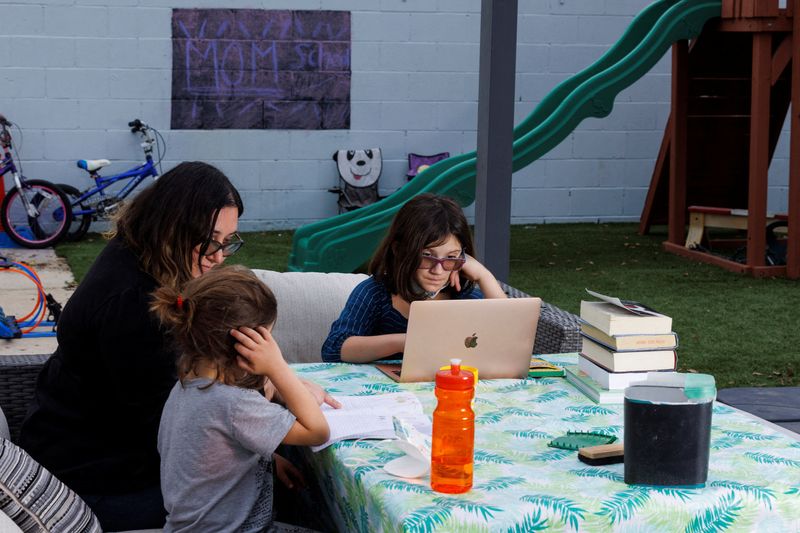 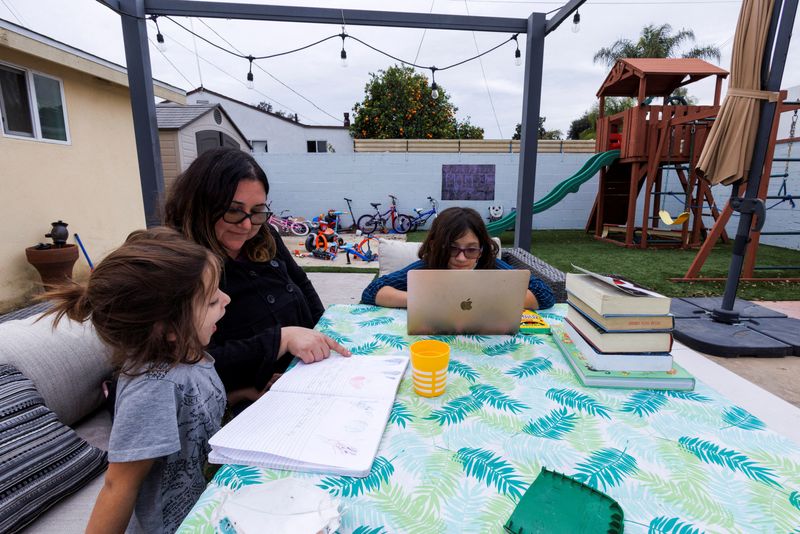 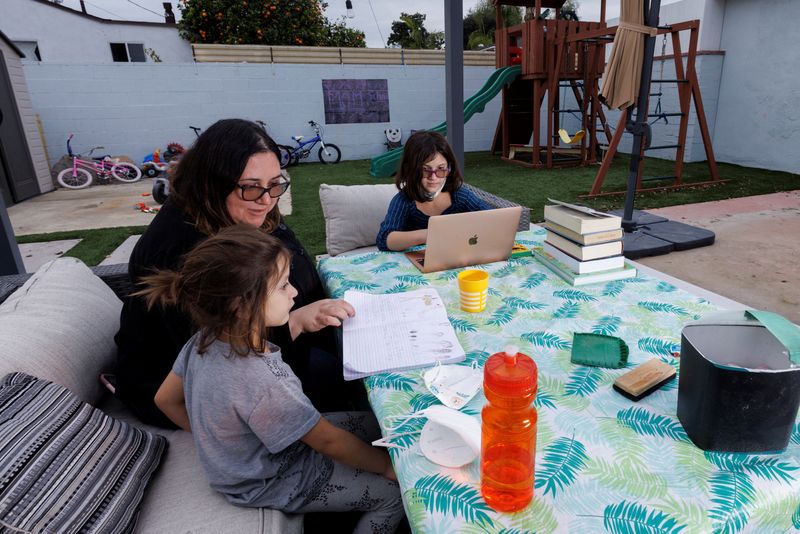 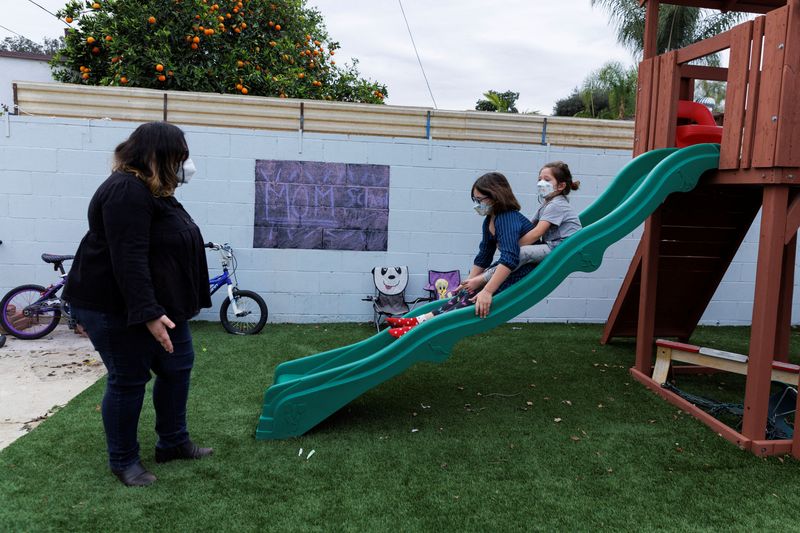