In a Manhattan federal court filing, prosecutors called the sentence sufficient to punish Fruman over his “lead role” in soliciting $1 million in foreign contributions “for the express purpose of using that money to influence U.S. elections.”

Todd Blanche, a lawyer for Fruman, declined to comment.

Last Friday, he recommended that his client receive no prison time, citing among other reasons Fruman’s more than two years in home confinement and acceptance of responsibility.

Another co-defendant, Andrey Kukushkin, was also found guilty at that trial.

The Belarus-born Fruman and Ukraine-born businessman Parnas had originally been charged in October 2019 with concealing an illegal $325,000 donation to support former President Trump’s 2020 re-election campaign.

In his allocution https://www.reuters.com/legal/government/igor-fruman-ex-associate-giuliani-says-he-will-plead-guilty-2021-09-10, Fruman said he had envisioned making donations to Democratic and Republican officials in U.S. states where he wanted to operate, and sent a list of those officials to the foreign national.

He said he had “little experience” with rules governing political donations, but “generally understood” that foreign nationals were not to make such donations in the United States.

Before the charges were brought, Giuliani had enlisted Fruman and Parnas to help uncover dirt on Biden, then a presidential candidate and now U.S. president, and his son Hunter.

Giuliani has not been charged and has denied wrongdoing. 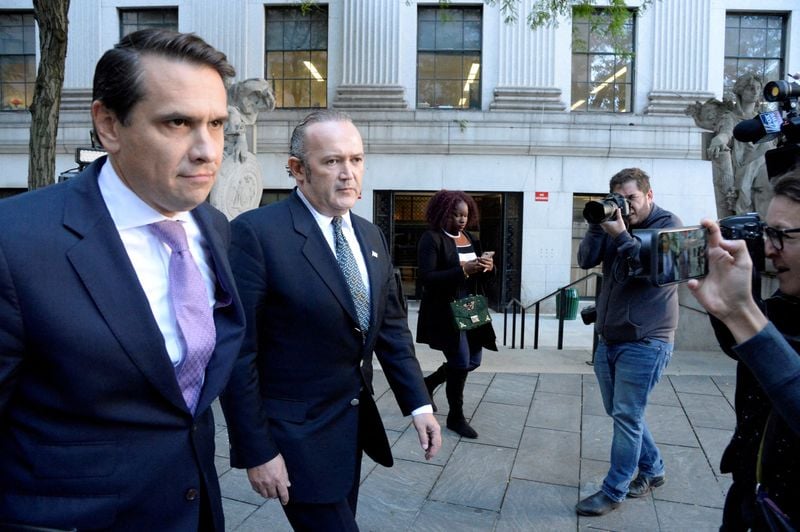