A survey from ANZ out on Tuesday showed its measure of consumer sentiment slid 7.6% last week to its lowest since October 2020, lower even than during the Delta variant surge when much of the country was officially locked down.

This time, the government has vowed to keep restrictions light, arguing that over-90% vaccination rates can ensure the economy remains open.

However, record numbers of new cases and rising deaths have seen households sharply limit their movements and spending on services, while the need for isolation has taken many thousands of workers out of essential jobs.

“We don’t think the economy is as weak as these data might suggest, with the shock of the Omicron surge and strains on testing capability the key drivers of the fall rather than underlying economic conditions,” said David Plank, ANZ’s head of Australian economics.

“But the result highlights that concerns about COVID have the potential to significantly impact the economy if they linger.”

The survey made for grim reading with measures for respondents’ current financial conditions diving 11.3% and for economic conditions down 7.6%. In a gloomy omen for retailers, the index of whether it was a good time to buy a major household item sank 11.4% to its lowest since August 2020.

Gareth Aird, CBA’s head of Australian economics, estimated the outbreak could shave more than 1% off gross domestic product growth, and cut his forecast for the March quarter to 1.0% from 2.3% previously.

“The next few months are without a shred of doubt going to be difficult and testing for the economy,” said Aird.

“But the rapid spread of COVID now may see us reach herd immunity by the middle of the year, and economic activity and hours worked should snap back in the June quarter.” 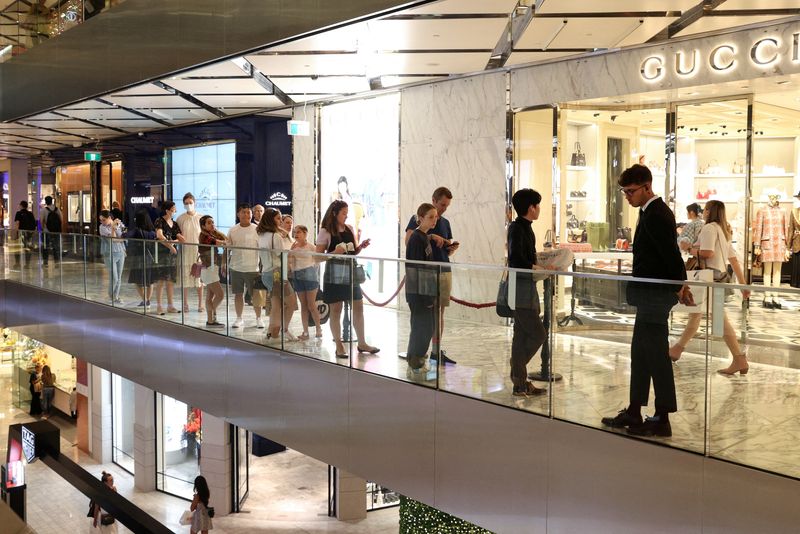