MEXICO CITY -The killing last week at a hotel near Cancun of two Canadians with criminal records was likely sparked by a debt dispute linked to international criminal activities, Mexican state prosecutors said on Tuesday.

Prosecutors in Cancun’s home state of Quintana Roo on the Caribbean coast said the two 34-year-old men killed had records in Canada that included crimes of drug and arms trafficking, and that their assailants followed them for several days.

The victims were part of a group of 10 tourists who had traveled to Quintana Roo on the Yucatan Peninsula to spend their vacations at the five-star Hotel Xcaret.

Oscar Montes, the attorney general of Quintana Roo, told a news conference that investigations showed that debts arising from criminal activities in which the victims were involved were likely behind the attack on the men.

Carlos Joaquin, governor of Quintana Roo, said the crime was orchestrated in Canada. “The violent acts have no relation with the state … These debts are linked to international criminal groups,” he said, speaking in an interview with local news outlet Milenio.

Authorities have arrested two people identified only as Christian ‘R’ and Nhu ‘T’.

Christian ‘R’ was the Mexican hitman initially hired to kill the victims but another unidentified criminal traveled to Cancun when the first attempt failed due to the hotel security system, prosecutors said.


Nhu ‘T’ is linked to the planning of the crime as video footage showed she entered the hotel as a tourist and exchanged information with the prime suspect minutes before the killings.

A third person, a woman who was in a relationship with one of the victims, was wounded in the shooting and is still recovering in a hospital, state prosecutors said.

Authorities are still investigating who organized and financed the crimes.

Separately, state authorities said the bar manager of Mamita’s Beach Club was shot dead on Tuesday. The governor of Quintana Roo said investigators did not believe the attacks were linked.

“We are waiting for the result of the investigations and collaborating with authorities to clarify what happened,” the bar said in a statement.

The two suspects of the crime fled the scene and local police confirmed on Twitter they are looking for the perpetrators. 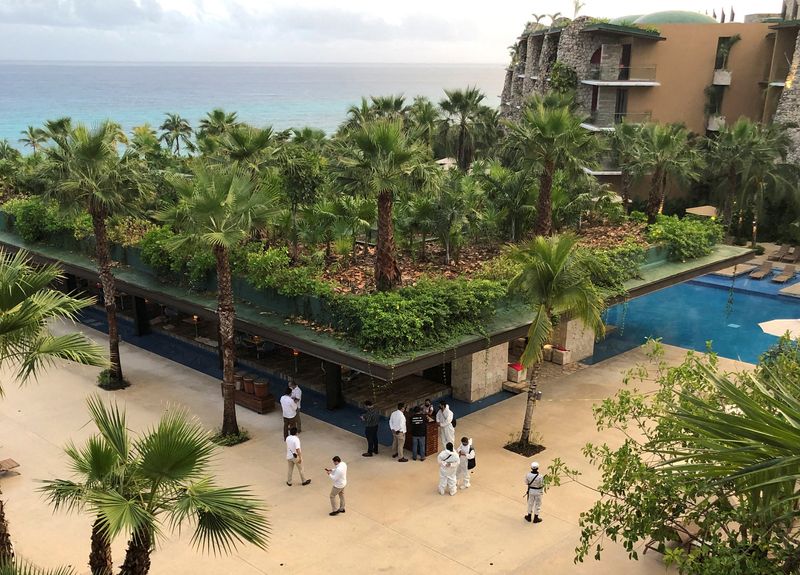