– The Michigan teenager charged with first-degree murder in the deadliest U.S. school shooting of 2021 will assert an insanity defense, his lawyers wrote in a court notice filed Thursday.

Prosecutors say they intend to rebut the defense by Ethan Crumbley, a 15-year-old sophomore at a high school in Oxford, Michigan, who is charged with first-degree murder in the Nov. 30 shooting spree that killed four students.

Crumbley is being held without bond in an adult jail in Oakland County, although isolated from other inmates. Six other students and a teacher were also wounded in the shooting.

Crumbley’s lawyers, Paulette Michel Loftin and Amy Hopp, notified an Oakland County court that he “intends to assert the defense of insanity at the time of the alleged defense.”

Prosecuting attorney Karen D. McDonald wrote in a separate court notice: “Please take notice that if Defendant should successfully assert the defense of insanity, the prosecution gives notice of intent to rebut this claimed defense.”

Also charged in the killings are his parents, James and Jennifer Crumbley, who prosecutors say gave him a semi-automatic handgun as an early Christmas present and then ignored signs that he was planning a shooting at the school.

The parents, who have pleaded not guilty, are being held in the same county jail as their son in lieu of $500,000 bail each on charges of involuntary manslaughter.

In a new lawsuit filed Thursday in Oakland County, the parents of one of the students killed joined with others whose children had witnessed the shooting in alleging negligence by school officials and Crumbley’s parents.

Crumbley “exhibited some concerning, strange and bizarre behavior which should have alerted his parents, as well as other people who had extensive contact with him, that he was suffering from significant psychiatric problems,” the lawsuit says.

A representative for the school, Oxford High School, and a lawyer for Crumbley’s parents were not immediately reachable for comment. 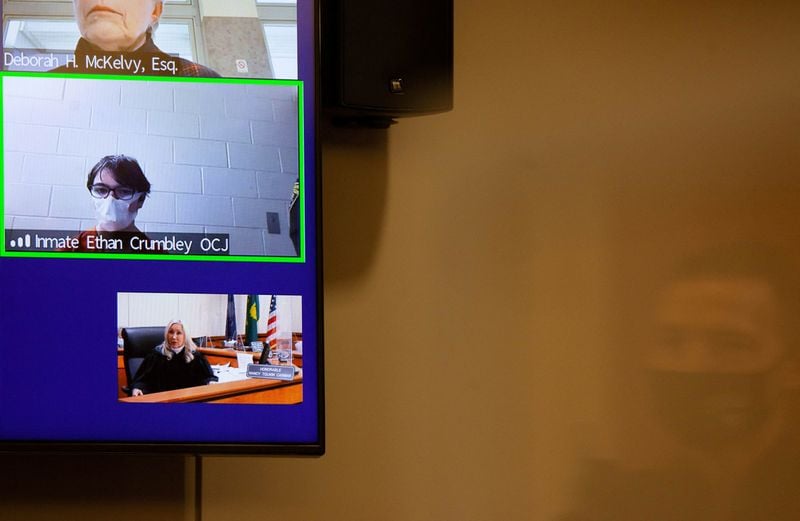