By David Lawder and David Brunnstrom

South Korea is seeking relief from U.S. tariffs of 25% on steel and 10% on aluminum after Washington reached a quota deal in October with the European Union. The Biden administration also has launched discussions with Britain and Japan over potential metals tariff relief.

In a statement issued after a meeting in Washington with South Korean Trade Minister Yeo Han-koo, USTR gave no indication that the United States was ready to expand such negotiations.

“Ambassador Tai emphasized the challenges of global overcapacity driven by non-market practices and ongoing strong concerns of U.S. stakeholders, as the United States focuses on existing conversations to develop a global arrangement that addresses the carbon intensity of steel and aluminum trade.”

The U.S.-EU deal aims to curb trade of steel made with high carbon emissions and subsidized excess production in China.

U.S. steelmakers have voiced concerns about the Biden administration allowing a flood of foreign-made steel and aluminum into the country as the industry pours billions of dollars into new and cleaner capacity nearly four years after the global “Section 232” national security tariffs were imposed in March 2018.

In the meeting with Yeo, which came as the U.S.-Korea Free Trade Agreement (KORUS) approaches its 10-year anniversary, Tai also provided an update on U.S. plans for a new Indo-Pacific Economic Framework, USTR said.

At an event later on Thursday, Yeo said the framework should include increased access to U.S. markets.

“I think market access could be one of the important sort of returns that countries in the region expect from U.S. leadership,” Yeo told a forum hosted by the Center for Strategic and International Studies in Washington.

He called for “a new trading order” in the Asia Pacific region that could set rules in emerging sectors but that could also contribute to public health and climate change needs. 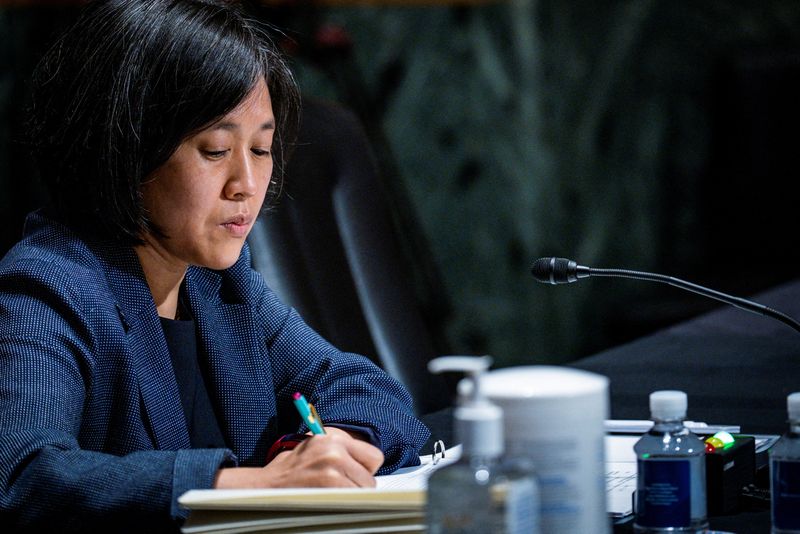