– The U.S. Department of Health and Human Services (HHS) has “persistent deficiencies” in its ability to prepare for and respond to public health emergencies, the U.S. congressional watchdog warned in a report released on Thursday, citing concerns raised by the COVID-19 pandemic.

HHS is at “high risk” of mismanaging a future crisis, the Government Accountability Office (GAO), the Congressional auditing agency, said, noting that the department failed to implement some previously made recommendations to improve its pandemic response.

The GAO said in its report that well beyond the pandemic, there are various threats that underscore the need for being prepared.

“As devastating as the COVID-19 pandemic has been, more frequent extreme weather events, new viruses, and bad actors who threaten to cause intentional harm loom, making the deficiencies GAO has identified particularly concerning,” the report said. “Not being sufficiently prepared for a range of public health emergencies can also negatively affect the time and resources needed to achieve full recovery.”

As one example of the lack of preparedness by HHS, the GAO said that it had warned about shortages of COVID-19 tests beginning in September 2020 and then recommended in January last year that HHS develop a comprehensive national testing strategy.

In its response in May 2021, HHS told the watchdog it would provide a document stating its plans. “However, to date, HHS has not provided this document,” the GAO report said.

“The department’s response to the COVID-19 pandemic has highlighted longstanding concerns we have raised about its ability to execute its role leading federal public health and medical preparedness for, and response to, such public health emergencies,” the GAO said.

HHS responded in a statement on Thursday: “We share GAO’s focus and urgency in battling this once-in-a-century pandemic and desire to ensure we never again face a pandemic of this magnitude.”

The United States has had the world’s largest official death toll from the coronavirus pandemic, with over 870,000 recorded deaths. The total number of cases stands at over 72 million, according to the U.S. Centers for Disease Control and Prevention.

Earlier this month, Reuters reported that the GAO had warned that HHS appeared unprepared to assume full responsibility for the nation’s COVID-19 vaccine program, according to a draft report by the GAO.

(Reporting by Kanishka Singh in Bengaluru; Editing by Leslie Adler) 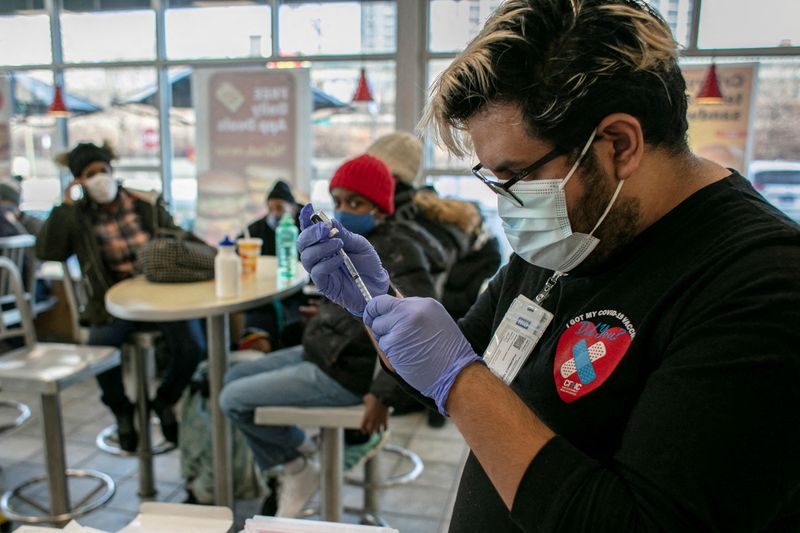