-Biogen Inc on Thursday forecast 2022 profit well below Wall Street estimates as sales of its new Alzheimer’s disease drug stall, and said it was considering deals of all sizes.

The U.S. Centers for Medicaid and Medicare Services (CMS) in January proposed https://www.reuters.com/business/healthcare-pharmaceuticals/future-biogens-aduhelm-hinges-us-medicare-alzheimers-coverage-2022-01-11/#:~:text=Jan%2011%20 %20-%20The,treatment%20more%20than%20many%20expected to severely restrict coverage for Alzheimer’s drugs, including Biogen’s Aduhelm, only to patients taking part in approved clinical trials. A final decision is expected in April.

Chief Financial Officer Michael McDonnell said the company was “constantly looking at options around deals of all sizes,” including drugs in early- and late-stage development, “primarily focused on neuroscience.”

Mizuho analyst Salim Syed said investors will be looking for the company to make some business development moves.

“When your back is against the wall, as a company, your base business is in decline, and investors don’t believe in the pipeline that you have, M&A becomes much more important,” he said. “How transformative of a deal should we or could we expect in 2022? That’s the question.”

Biogen had already met with CMS to present its views on the regulator’s proposal to limit patient access. Chief Executive Michel Vounatsos said Biogen would advocate for a final decision that would provide coverage to the much larger group that was tested in the company’s clinical trials.

The company warned that it could be forced to cut more costs, beyond the current program to save $500 million annually, if the final coverage decision is not broader than the proposal.

“We will take aggressive steps should the … (coverage proposal) remain in its current form,” Vounatsos said.

The decision on Aduhelm, once touted as a potential multibillion-dollar drug, comes at a pivotal time for the company, with sales of its multiple sclerosis drug Tecfidera under pressure from generic competition.

Biogen on Thursday forecast full-year adjusted profit of $14.25 to $16.00 per share, well short of analysts’ estimates of $18.82 per share, according to Refinitiv IBES.

Aduhelm brought in $1 million in sales in the fourth quarter, compared to already diminished estimates of $2.8 million.

(Reporting by Manas Mishra in Bengaluru; Editing by Saumyadeb Chakrabarty and Bill Berkrot) 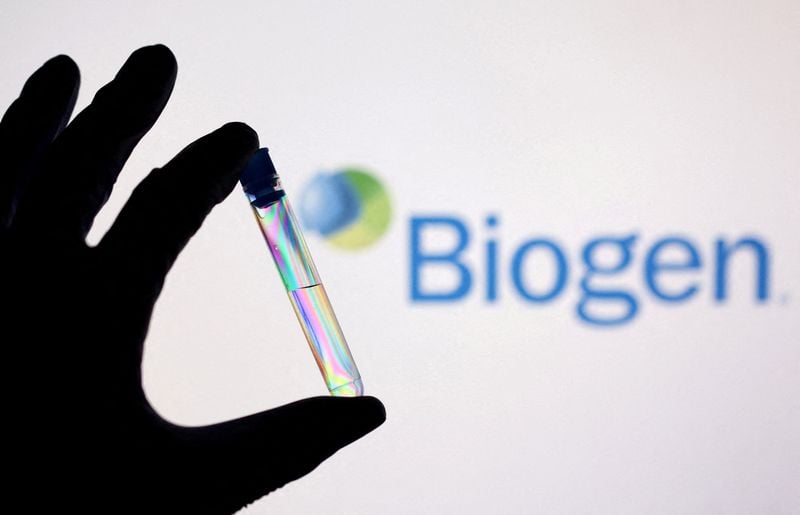