QUITO – Ecuador expects to pull together a trade deal with China at the end of this year and will begin formal debt re-negotiations with the Asian country, Ecuadorean President Guillermo Lasso said on Saturday, after a Beijing visit with his counterpart Xi Jinping.

China became Ecuador’s top lender over the last decade, with millions of dollars in long-term credit tied to the handover of crude oil, large investments in hydro-electric and mining projects and other loans.

“In China we had a productive meeting with President Xi Jinping,” Lasso posted on Twitter. “We achieved great results in commercial openings, cooperation in health and debt re-negotiation.”

At the meeting the two countries signed a memorandum of understanding meant to pave the way for a trade deal at the end of the year, which would benefit Ecuadorean exports of shrimp, bananas, cacao, other fruit and minerals.

China said on Sunday the two countries have agreed to open negotiations for a free-trade pact. The commerce ministry, in a statement on its website, offered no details on the planned talks.

At the meeting on the sidelines of the Beijing 2022 Winter Olympics, Xi said China and Ecuador should use negotiations on the free trade agreement as an opportunity to deepen practical cooperation between the two countries, China’s Xinhua news agency said.

Xi was quoted as expressing hope that Ecuador would continue to provide a fair business environment for Chinese companies to invest and operate in Ecuador, while saying China would continue to help Ecuador fight COVID-19.

Lasso, who took office in May, has said more trade and foreign investment are key to stimulating the South American country’s COVID-battered and liquidity-poor economy.

“It would increase the market by nearly $1 billion more in export opportunities,” commerce minister Julio Jose Prado said during a virtual press conference. “And that will mean we could almost be doubling the exports we make to China in various products.”

The countries have agreed their finance ministries will conduct initial talks on debt re-negotiation, as Ecuador seeks to improve its payment periods and interest rates.

Ecuador is also seeking to disconnect the handover of crude from outstanding debts with Chinese banks worth some $2.08 billion, according to foreign minister Juan Carlos Holguin, which would free up some $400 million per year in potential spending.

China will donate 2.5 million doses of COVID-19 vaccines for inoculation of 3- to 5-year-olds, the Ecuadorean government added. 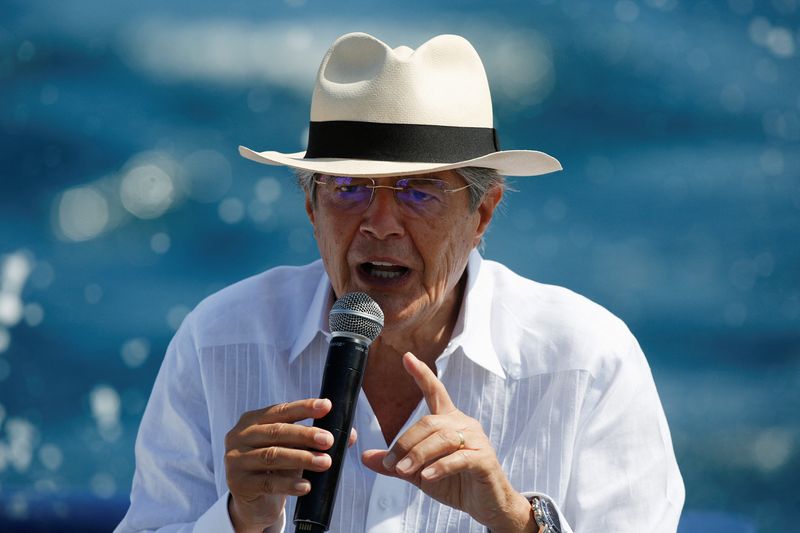